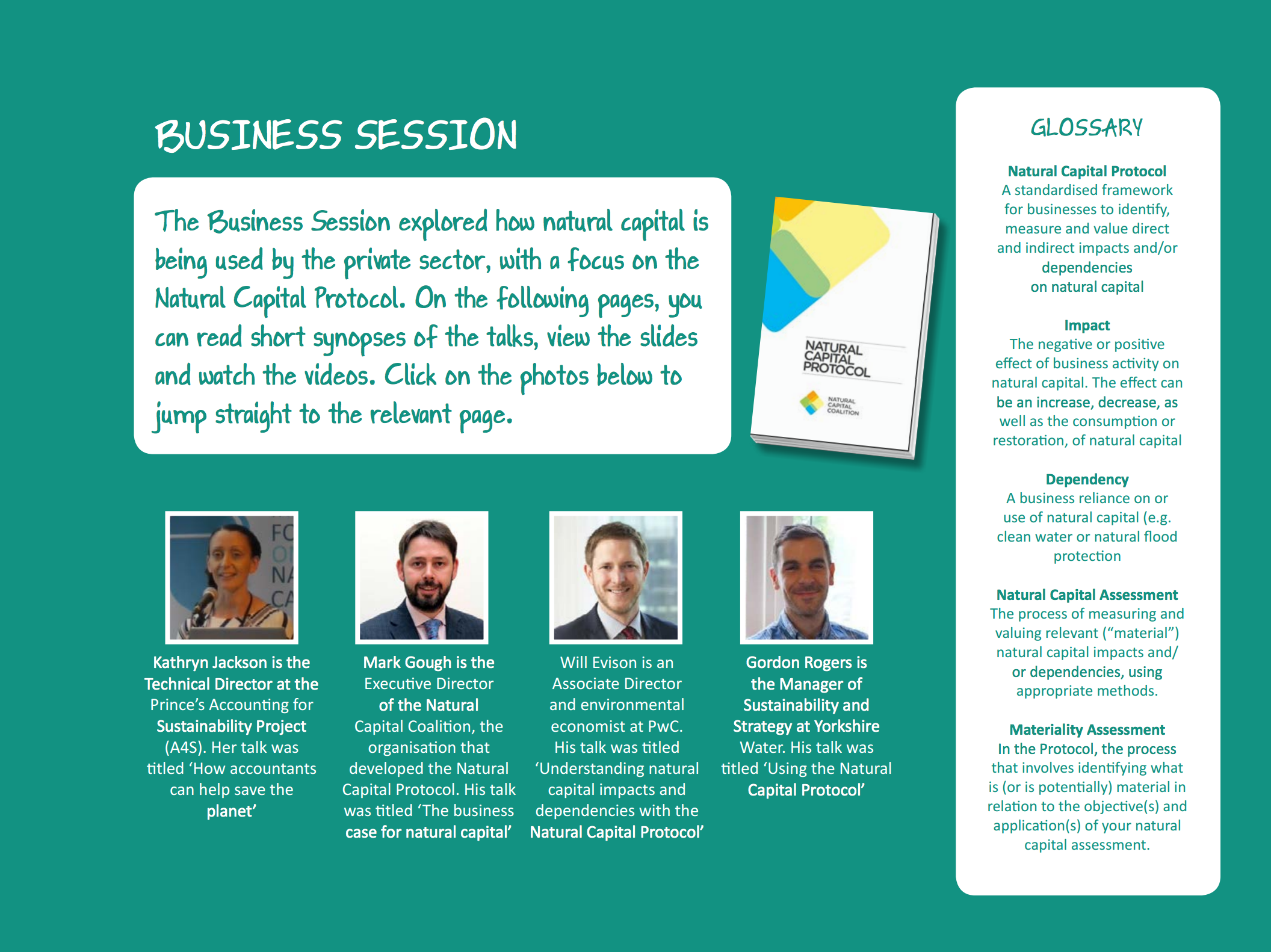 This report is a product of the Irish Forum on Natural Capital.

Below is an introduction to the report by Professor Jane Stout – Chairperson, Irish Forum on Natural Capital.

“On 4th October 2016 at the National Concert Hall in Dublin, the Irish Forum on Natural Capital (IFNC) held its second public conference on the economics of nature, ‘Making Nature Count’. This sold-out event was attended by over 150 delegates and featured 25 speakers from a range of disciplines.

The term natural capital and its associated concepts of stocks and flows have seen businesses, economists, accountants and statisticians working with ecologists, social scientists and environmentalists to apply a new lens to the valuable services that nature provides to humankind for free. Its rapid uptake in both policy and the private sector demonstrates how effective this framing has been in garnering support for nature and improving understanding of its value among sectors that are not traditionally associated with environmental protection, conservation and restoration.

These ideas are still young, however, and the whats, wheres, hows and whys of their use – the science that must inform them, the political economy in which they will be applied, the frameworks and policies that will dictate best practice and the public engagement that will be needed to prioritise action – remain open for discussion.

Like all EU member states, Ireland is committed to accounting for its natural capital by 2020 and while we have made some progress, other countries are further along: Scotland has integrated natural capital in its National Economic Strategy and made increased natural capital an indicator of national performance. Northern Ireland has included the development of a Natural Capital Asset Index in its new Programme for Government. The UK’s Natural Capital Committee was the first such group in the world, reporting directly to the cabinet’s economic subcommittee and producing multiple reports.

The last year has seen great traction for natural capital assessment in the private sector through the Natural Capital Coalition and its recently-launched Protocol. In Ireland, Bord na Mona became the first company to publicly commit to accounting for its natural capital. In the coming year, we hope that other organisations will follow suit and begin the process of accounting for their impacts and dependencies on nature.

There is significant momentum here and, given the scale of the societal and economic challenges we face from environmental mismanagement, I am excited to be a part of the IFNC and to help to shape what has the potential to be a transformative new agenda for environmental sustainability. If you’d like to get involved, visit www.naturalcapitalireland.com and register as a member…”

Access the full report at the Irish Forum on Natural Capital.