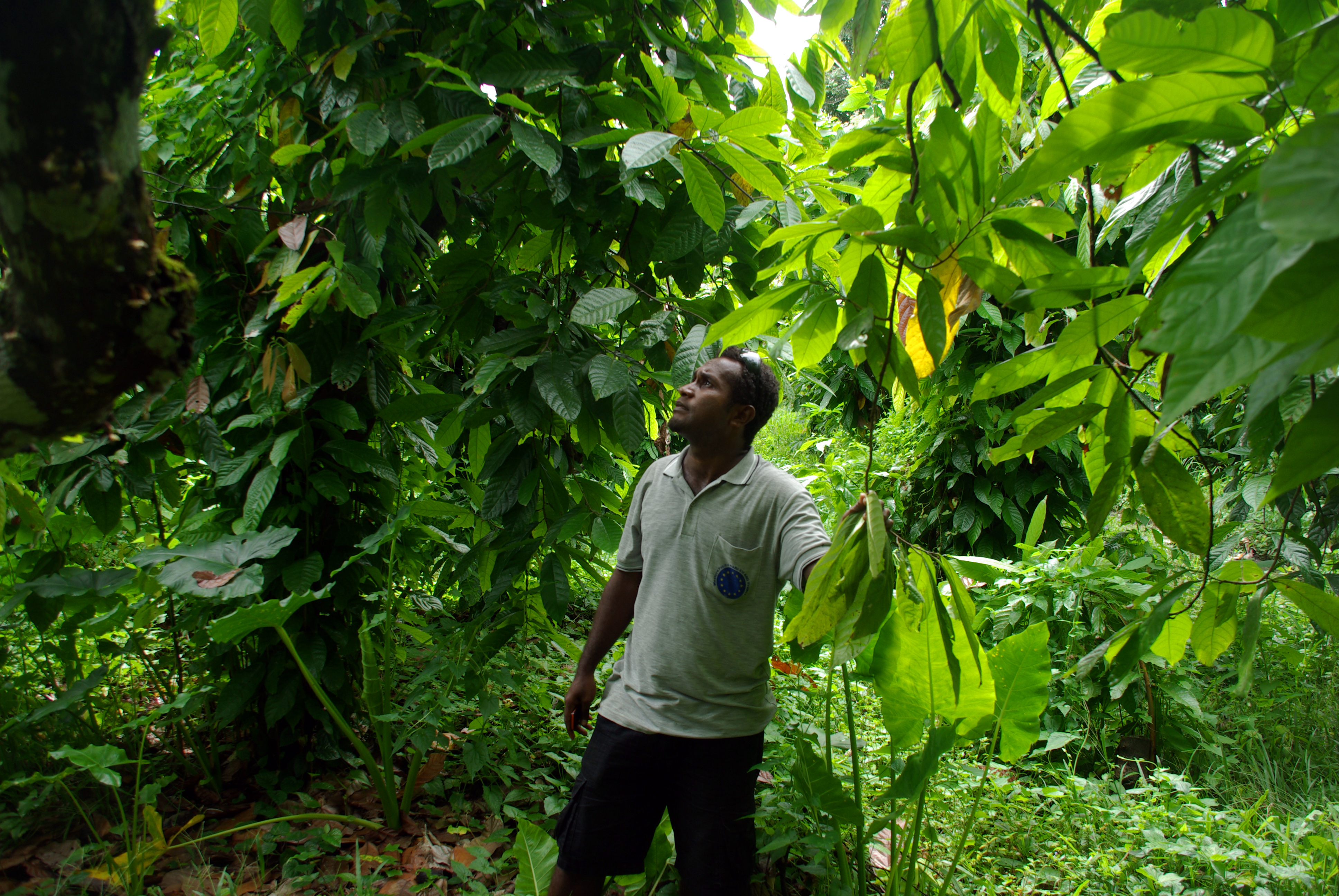 By Department of Foreign Affairs and Trade [CC BY 2.0 (https://creativecommons.org/licenses/by/2.0)], via Wikimedia Commons

“The world’s top cocoa producer Ivory Coast said Monday it would invest nearly one billion euros over 10 years to replace forests that were razed to grow the bean. The West African country supplies two million tonnes of cocoa to the world market annually and the commodity is a mainstay of the economy

…Ivorian Minister for Water and Forests Alain-Richard Donwahi told foreign donors on Monday that the government would spend 616 billion CFA francs (940 million euros, $1.09 million) in afforestation programmes. “Between now and 2030 we will recover 20 percent of our (lost) forest cover. That is our commitment,” he said…”