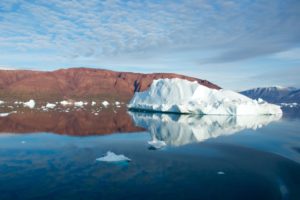 This article was originally published on BBC News.

“Human life “as we know it” could be threatened by climate change, economists at JP Morgan have warned.

…”We cannot rule out catastrophic outcomes where human life as we know it is threatened,” JP Morgan economists David Mackie and Jessica Murray said.

…Rupert Read, an associate professor of philosophy at the University of East Anglia, and a spokesperson for campaign group Extinction Rebellion, said that the bank is “taken by some to be the largest fossil fuel funder in the world.”

He said if the bank’s own researchers were “saying the very future of the human race is at stake” then the bank itself should change its direction.

…”Everyone has to have responsibility for change, whether they are asset managers, or institutional investors, or chief executives, or shareholders,” he added.

Read on at: BBC News

‹ We Have a Chance to Halt Biodiversity Loss. The Stakes Have Never Been Higher

G20 Sounds Alarm Over Climate Emergency Despite US Objections ›