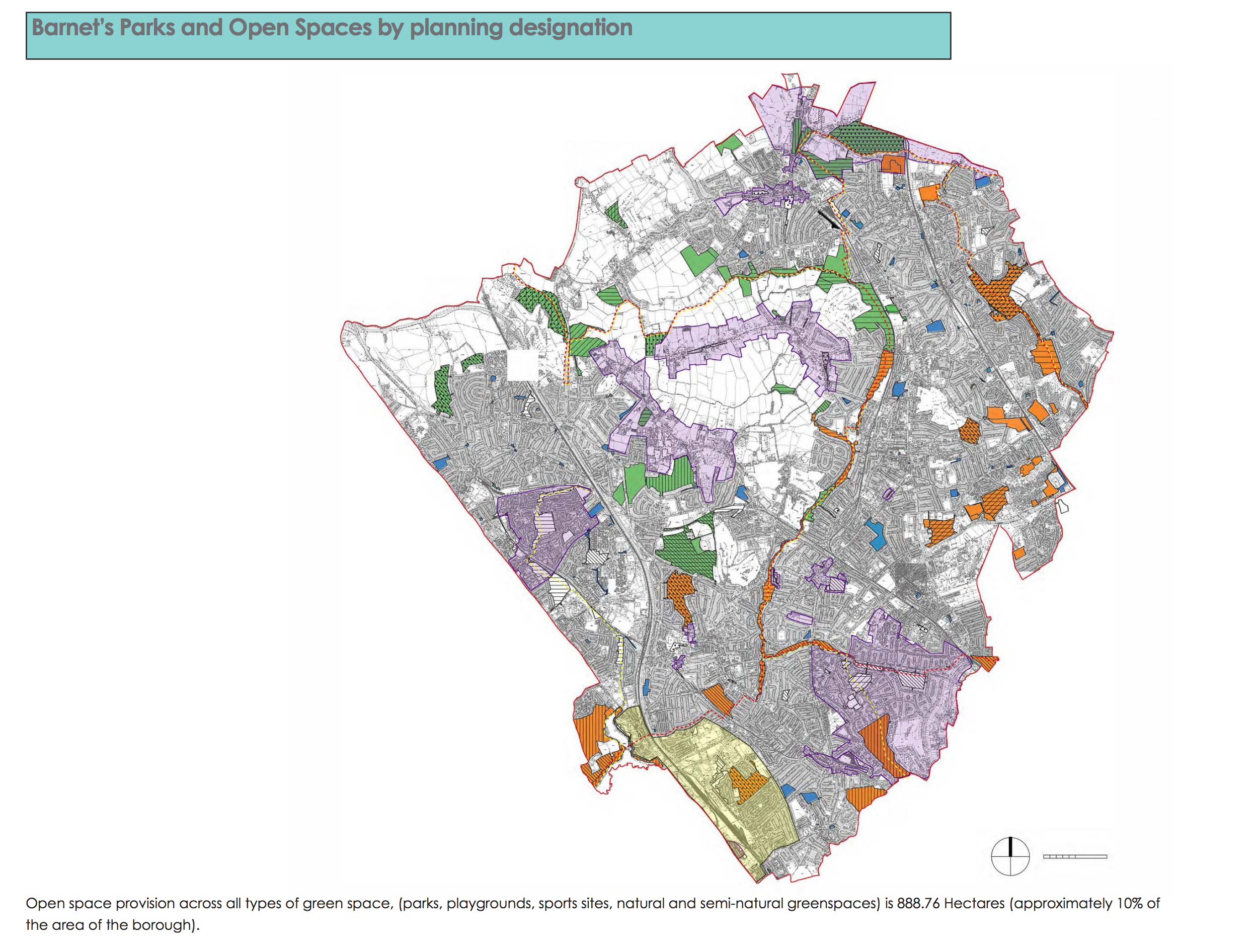 This report was produced by London Borough of Barnet.

“In common with all London local authorities, the London Borough of Barnet (LB Barnet) recognises the huge contribution made by green infrastructure to the wellbeing of its residents and the success of its economy. Barnet has always been characterised as a green and leafy borough of low density housing interspersed with public parks and river valleys.

Barnet’s population is set to increase significantly over the next twenty years, placing increased pressure on the borough’s green infrastructure assets. At the same time, the council is facing significant budgetary pressures. The creation of a Corporate Natural Capital Account (CNCA) for Barnet provides the council with an evidence base to quantify the economic, social and environmental benefits accruing from its green infrastructure assets.

The London Borough of Barnet is the first London Borough to produce a borough-wide CNCA for 200 of its parks and open spaces. The account has been developed using the quality and value assessment data of these spaces assembled for the borough’s Parks and Open Spaces Strategy (2016-26), which was adopted in May 2016.

Read on and access the full report at: London Borough of Barnet.

‹ Unlocking the Value of Ecosystem Services for a Greener China