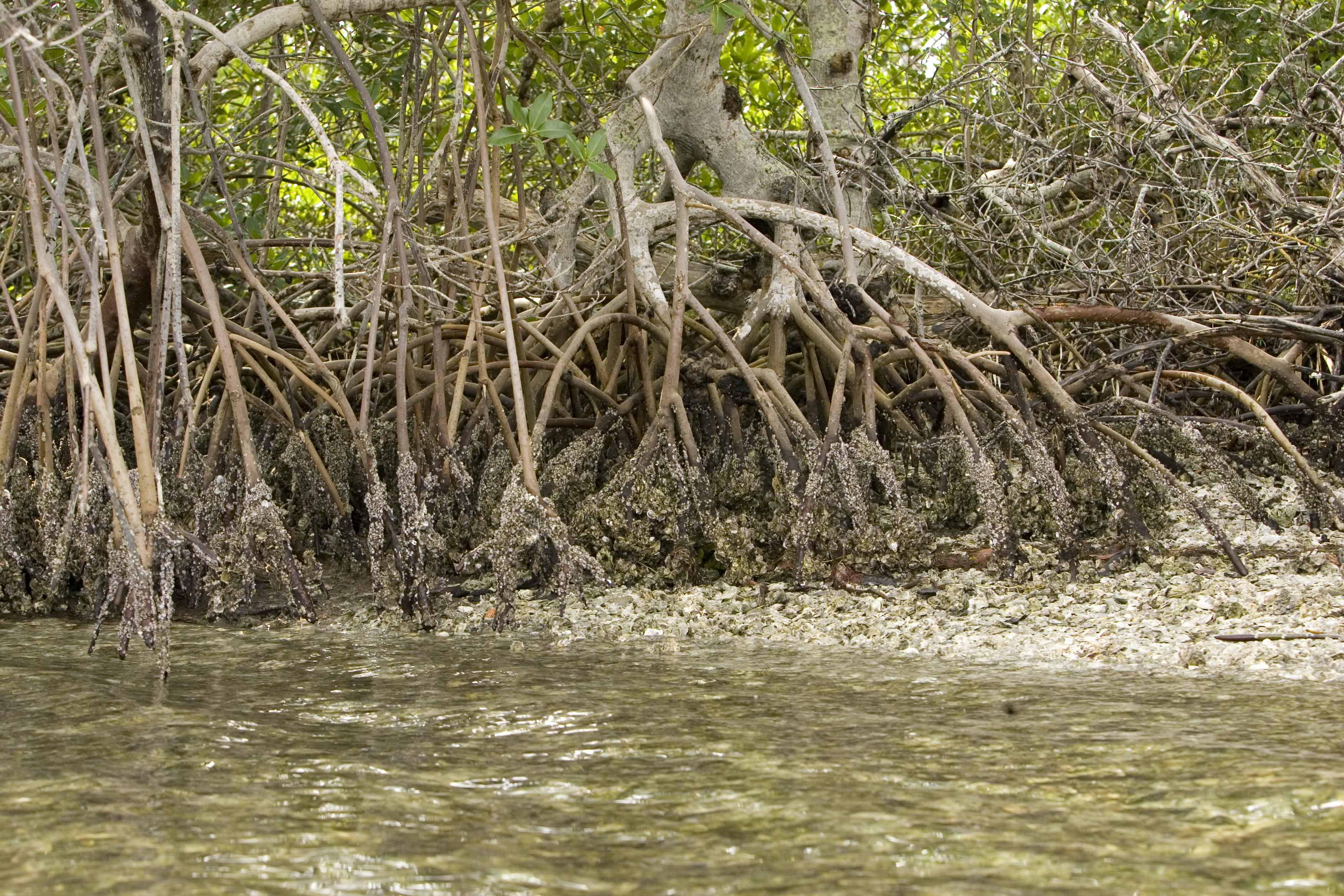 “Seemingly nondescript messes of tangled branches and exposed roots, mangrove forests cling to the coasts of many tropical countries. However, mangroves are far from unexceptional, providing critical ecosystem services like erosion control, flood mitigation and nurseries for fish. Mangroves also store a lot of carbon, with a hectare of mangrove forest sequestering up to four times as much carbon as a similarly sized tract of rainforest.

But mangroves are in trouble. Studies estimate between 30 and 50 percent of the world’s mangroves have been lost over the past 50 years as they are deforested for shrimp, rice and palm oil production, drowned by rising seas, and starved of freshwater by dam-building. And as mangroves disappear, so do their wildlife communities and carbon stores.

But just how much carbon do mangroves contain, and how much is being lost to their deforestation? To find out, researchers at Salisbury University in the U.S. and National University of Singapore analyzed the carbon content of mangrove vegetation as well as the soil underneath it. Their results were published recently in Nature Climate Change…”