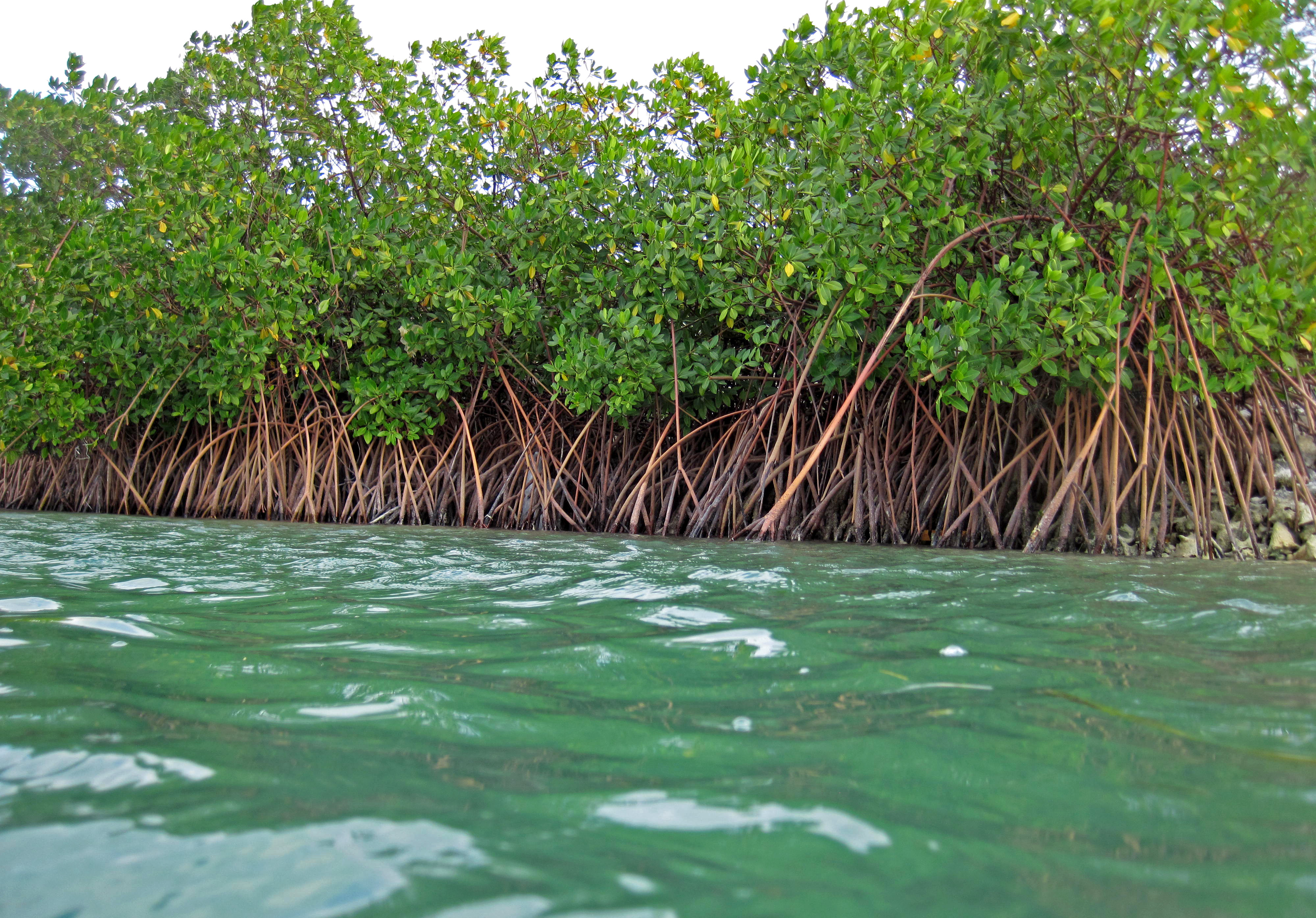 “Mangroves are tropical forests that thrive in salt water and are found in a variety of coastal settings from deltas to estuaries to weathered reefs and limestone rocks worldwide. Mangroves can store greater amounts of carbon than any other terrestrial ecosystem, which helps reduce the amount of carbon dioxide and greenhouse gases in the atmosphere. When carbon is stored in the ocean or coastal ecosystems, including mangrove forests, it is called blue carbon. However, a more precise estimate of how much blue carbon is stored by mangroves around the world has not been available until recently. This research was published today in Ecological Society of America’s journal Frontiers in Ecology and the Environment.

“While past estimates of blue carbon have done a remarkable job in delivering first order estimates of how ecosystems mitigate carbon enrichment in the atmosphere, we noted that the omission of unique coastal characteristics, such as tides and river flow, reduced the accuracy of global predictions, especially concerning how carbon storages may vary from one country to the next,” said lead author Robert Twilley, who is a professor in the LSU College of the Coast & Environment’s Department of Oceanography & Coastal Sciences and the executive director of the Louisiana Sea Grant College Program.

Twilley and colleagues overlaid a high-resolution map of mangrove forest cover over the various types of nearshore coastal environmental systems to calculate a more accurate estimate of the amount of carbon stored by mangroves in its soil.