Mapping Rainforest Chemistry From the Air Reveals 36 Types of Forest 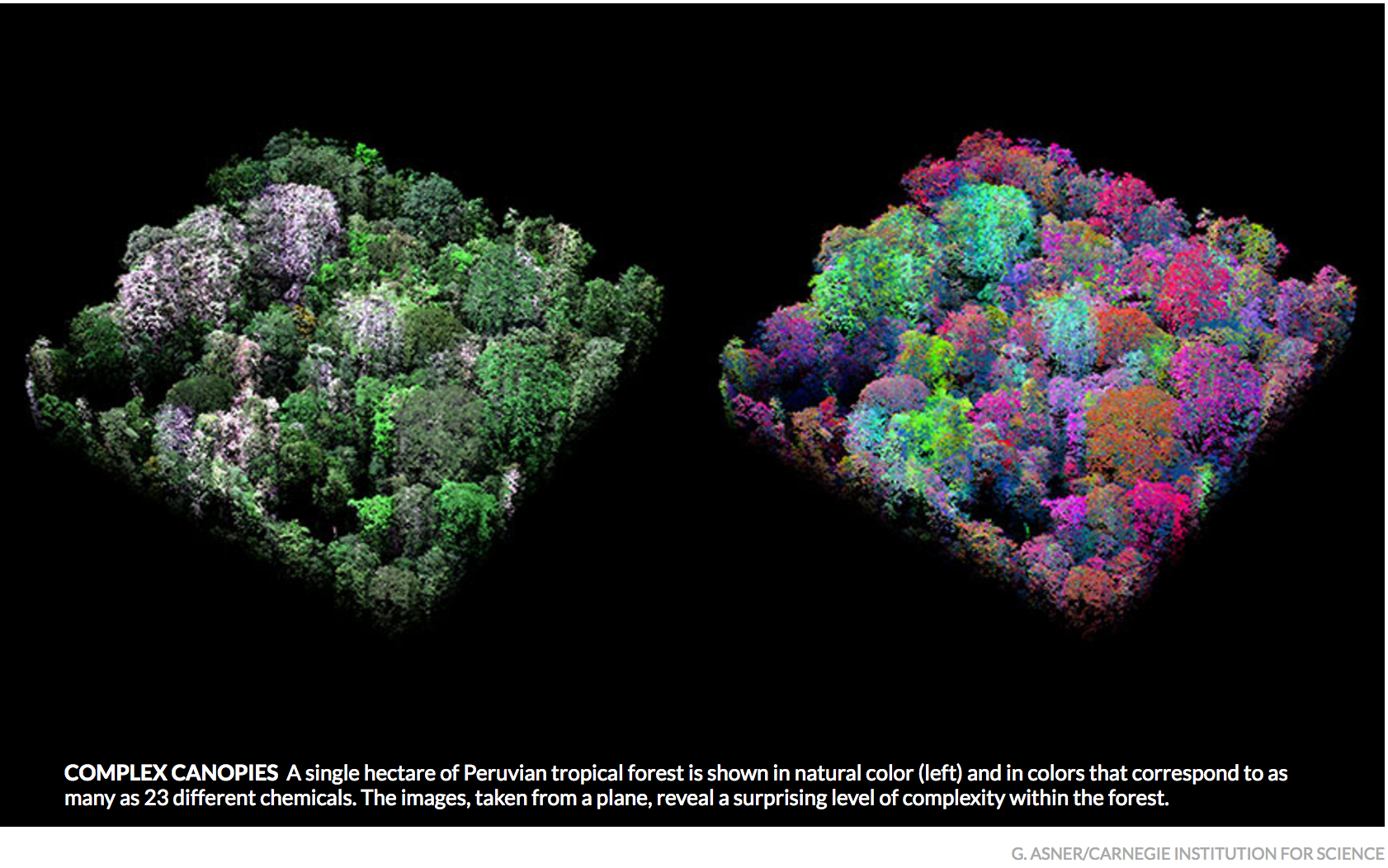 “To some forest creatures, a tree is a home. To scientists, it’s a beacon. A new way of mapping forests from the air by measuring chemical signatures of the tree canopy is revealing previously unrecognized biodiversity. The swath of tropical forest covering the Peruvian Andes Mountains and the Amazon basin is one of the most biodiverse places on Earth. But it’s such a wild and remote region that variation within the forest is hard to spot.

“If you look in Google Earth, it just looks like a big green blanket,” says study coauthor Greg Asner, an ecologist at the Carnegie Institution for Science in Stanford, Calif.  Up close, it’s a different story. Each tree species has a distinctive set of chemical traits, such as levels of nutrients like nitrogen and phosphorus in the leaves. Collectively, those characteristics can reveal a lot about the makeup of the forest.

To peek beneath the green blanket, Asner and colleagues divided 76 million hectares of forest into 100-kilometer squares. The researchers measured levels of water, nitrogen, phosphorus and calcium in the trees’ leaves via aircraft by measuring the wavelengths of light reflected by the forest canopy, taking samples from small areas of each square. They also mapped leaf levels of lignins and polyphenols, two chemicals used for defense. Using that data, the scientists identified 36 unique types of forest — a much more nuanced view than the broad categories currently used for classification, the researchers report January 27 in Science.  They parceled those highly specific forest types into six groups that roughly aligned with the country’s topography and geography…”

Principles of Natural Capital Accounting – A Background from ONS & Defra ›