Melanesia’s Ocean Worth Half a Trillion USD but Under Pressure 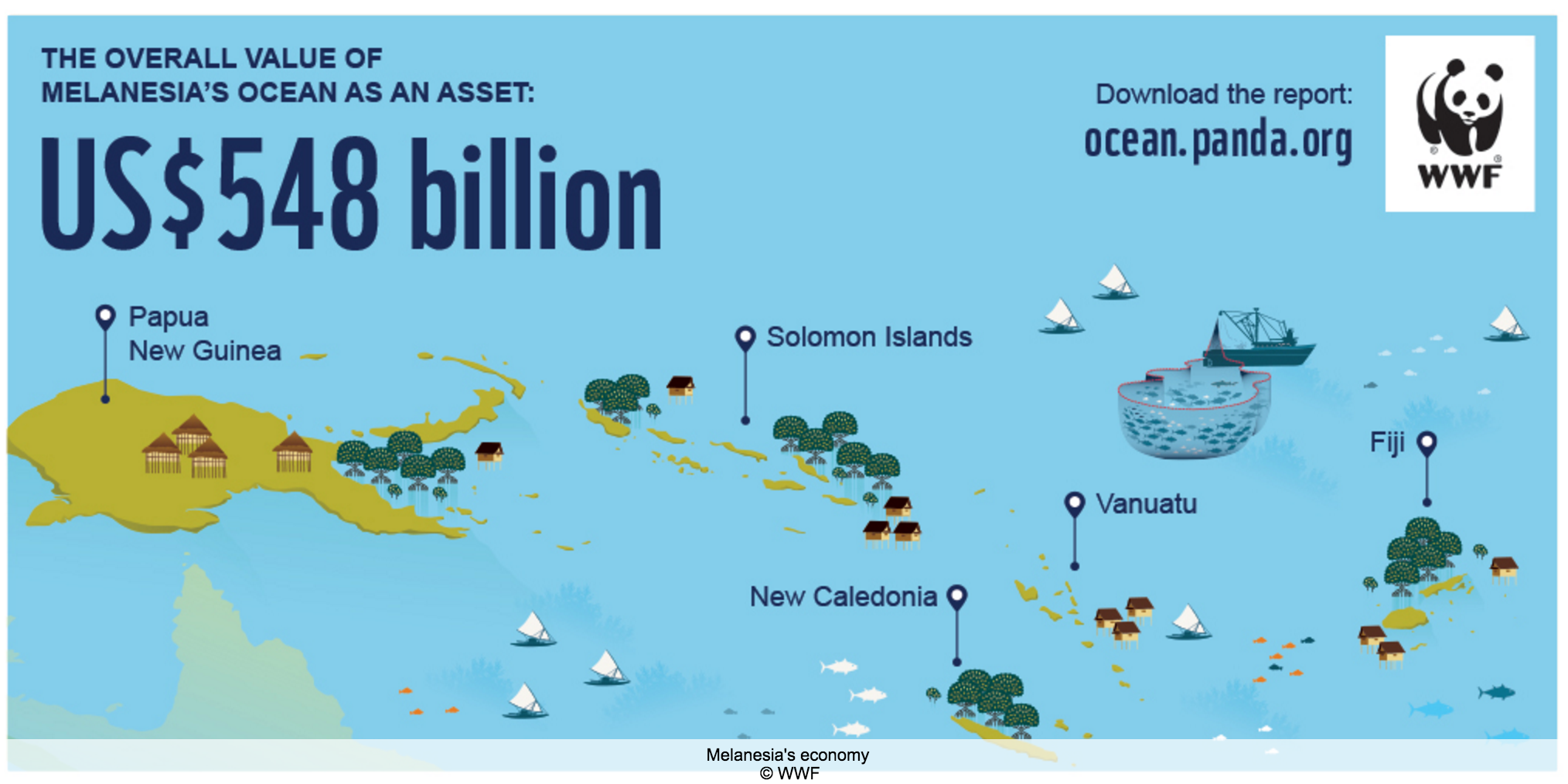 “A major new report, Reviving Melanesia’s Ocean Economy: The Case for Action, launched today, has revealed that the ocean is a much larger part of Melanesia’s economy and future prosperity than previously understood.

Melanesia is a large sub-region in the Pacific that extends from the western end of the Pacific Ocean to the Arafura Sea, and eastward to Fiji. The region includes Fiji, New Caledonia, Papua New Guinea, the Solomon Islands, and Vanuatu.

If the ocean in Melanesia were its own economy, the new analysis finds that it would be the third largest in the region, generating about as much annual economic output as Fiji and Solomon Islands combined.  The report also describes the mounting pressures on the region’s ocean assets from resource exploitation and climate change, and the serious consequences of degradation, including challenges in providing sufficient food and livelihoods for rapidly-growing populations…”

‹ The Most Threatened Ecosystem You’ve Never Heard Of

Who Will Speak for Haiti’s Trees? ›