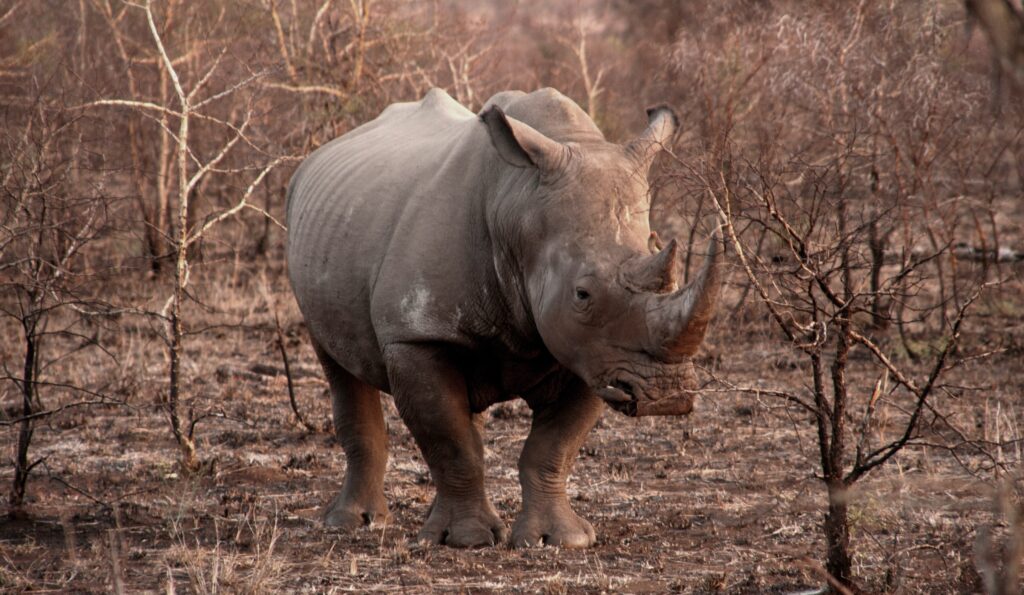 This article was originally published on The Global Environment Facility.

“Kruger National Park, a flagship national park, is almost the same size as Belgium. It’s a haven for wildlife and a cornerstone of South Africa’s tourism economy, but the park and the communities around its borders represent the global front line in the battle against rhino poaching: there are increasingly militarized clashes between park rangers and poachers.

One of the reasons for this is that rhino horn is worth more than its weight in gold, and for many impoverished people in rural South Africa and beyond, that’s an irresistible draw.

One Global Environment Facility-backed project, part of the Conservation Agreements Private Partnership Portfolio, sought to reboot the relationship between park administrators and local people. Led by UNEP and Conservation International with partners Meat Naturally, Kruger to Canyons Biosphere Programme, South African National Parks, and the University of Pretoria, the project, The GEF Earth Fund: Conservation Agreement Private Partnership Platform, aimed to move towards a new model for combating poaching – one that works with the local community instead of against them, by valuing cattle as well as rhino.

Before the project, marginalized cattle farming communities living around the park were understandably ambivalent about wildlife protection. They were focused on their cattle which is their livelihood, their job, their food source, and their bank account. In fact, because wildlife and livestock coexist here, foot-and-mouth disease prevented any real cattle economy from taking hold. Communities could not easily sell livestock in the Kruger landscape, so wildlife itself was perceived as a threat to local livelihoods.

“The idea was that if we can help marginalized cattle farmers improve grazing conditions and earn decent incomes, they would become more active conservation partners and potentially be less likely to turn a blind eye to, facilitate or participate in rhino poaching,” says Zachary Wells of Conservation International.

“To help biodiversity, ecosystems, and communities thrive we need to tackle wildlife crime and at the same time open up new opportunities for local communities,” he adds.”

Read on at: The Global Environment Facility

To Get Covid-19 Relief, Companies in Canada Will Have to Disclose Climate Impacts ›