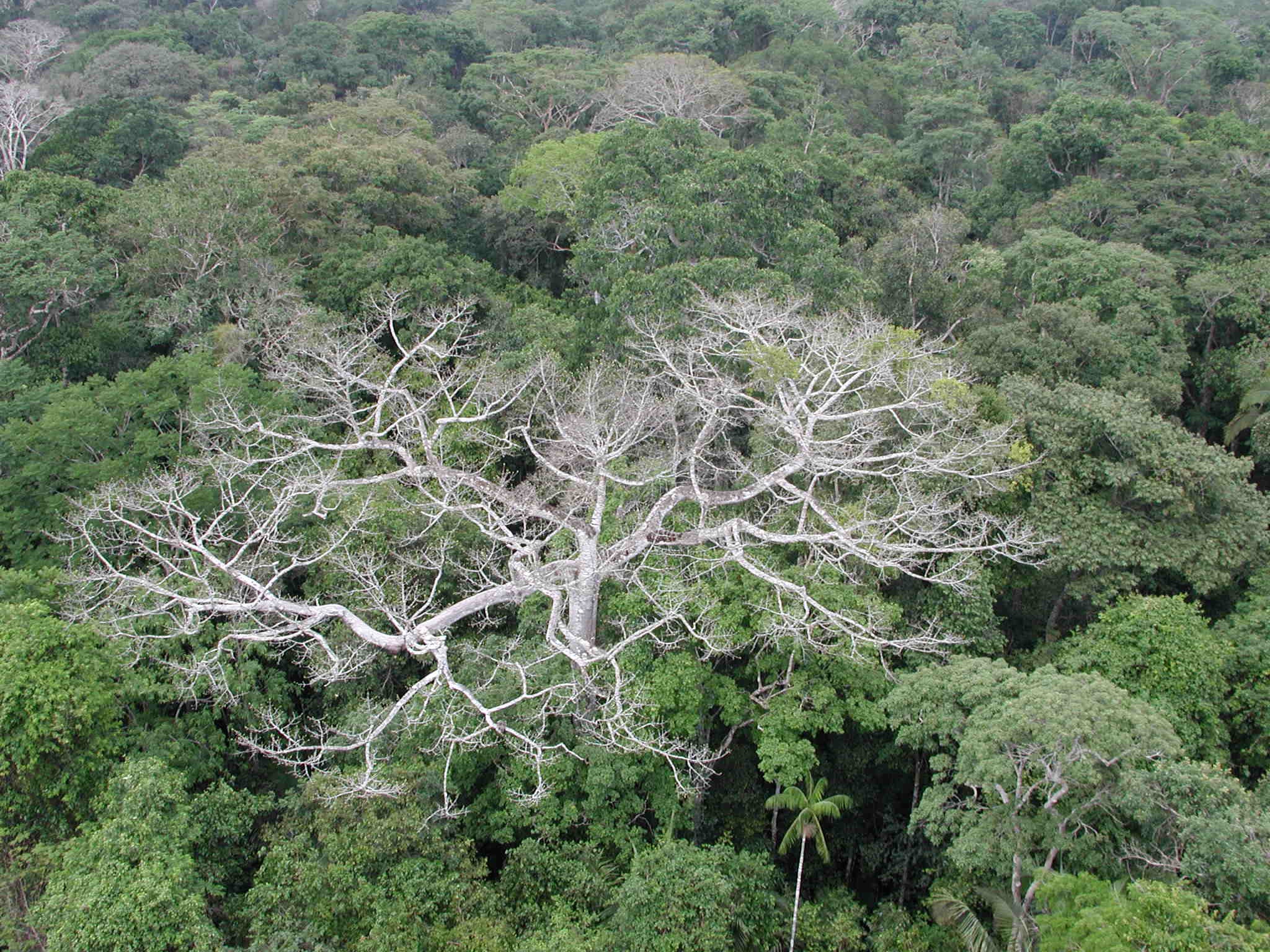 “A single season of drought in the Amazon rainforest can reduce the forest’s carbon dioxide absorption for years after the rains return, according to a new study published in the journal Nature. This is the first study to quantify the long-term legacy of an Amazon drought.

A research team from NASA’s Jet Propulsion Laboratory in Pasadena, California, and other institutions used satellite lidar data to map tree damage and mortality caused by a severe drought in 2005. In years of normal weather, the undisturbed forest can be a natural carbon “sink,” absorbing more carbon dioxide from the atmosphere than it puts back into it. But starting with the drought year of 2005 and running through 2008—the last year of available lidar data—the Amazon basin lost an average of 0.27 petagrams of carbon (270 million metric tons) per year, with no sign of regaining its function as a carbon sink.

At about 2.3 million square miles (600 million hectares), the Amazon is the largest tropical forest on Earth. Scientists estimate that it absorbs as much as one-tenth of human fossil fuel emissions during photosynthesis. “The old paradigm was that whatever carbon dioxide we put up in [human-caused] emissions, the Amazon would help absorb a major part of it,” said Sassan Saatchi of NASA’s JPL, who led the study.

But serious episodes of drought in 2005, 2010 and 2015 are causing researchers to rethink that idea. “The ecosystem has become so vulnerable to these warming and episodic drought events that it can switch from sink to source depending on the severity and the extent,” Saatchi said. “This is our new paradigm.”…”

Triggers of Tree Mortality Under Drought ›