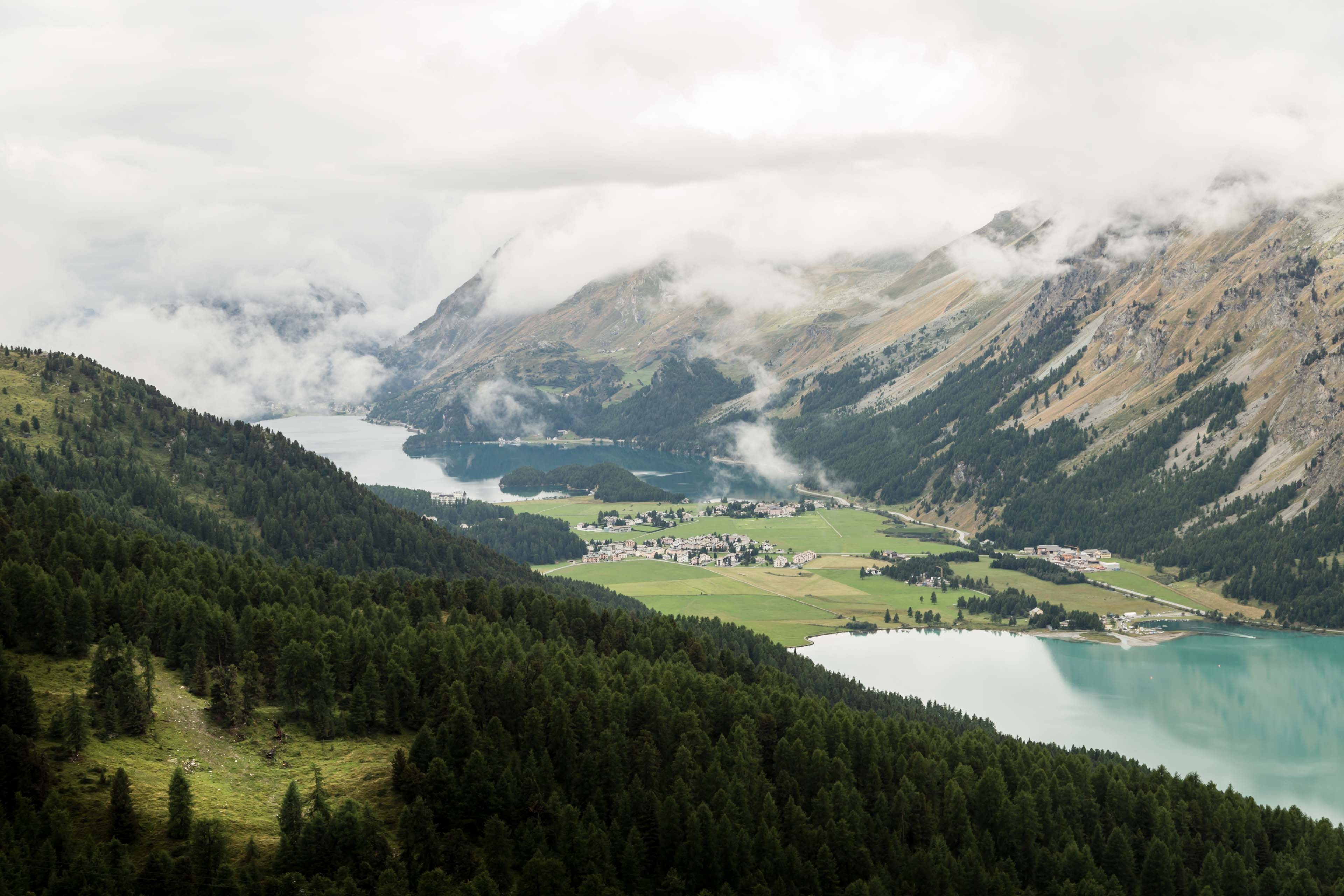 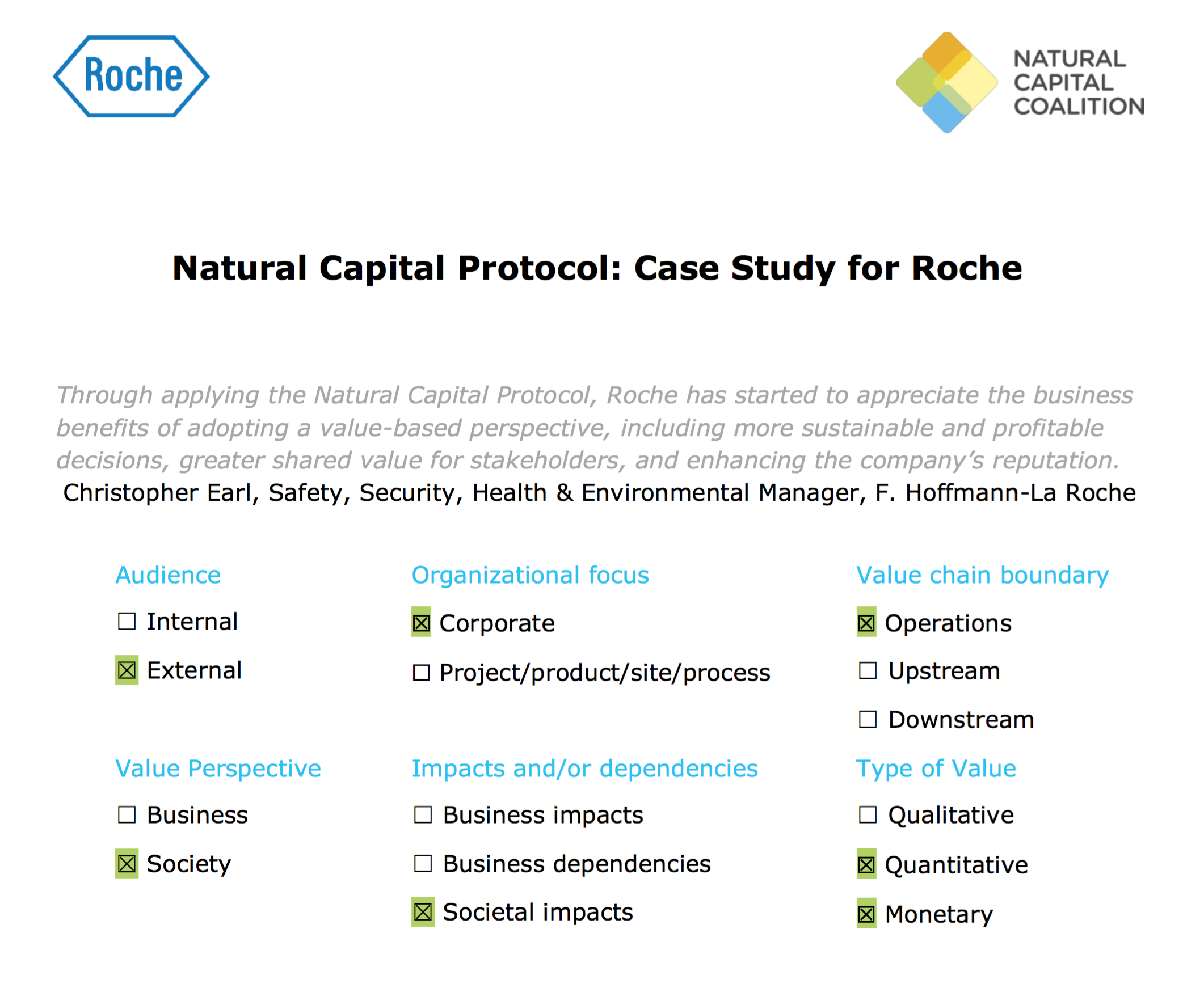 The company in brief:

F. Hoffmann-La Roche AG (Roche) is a Swiss multinational healthcare company headquartered in Basel, operating in the fields of pharmaceuticals and diagnostics. As part of their existing sustainability program, Roche identifies environmental risks at a local and global level using an approach called EcoBalance, an internal procedure to measure and manage consumption of resources and the pollution impacts of business activities. These include air and water emissions, waste, energy and water usage.

Why a natural capital assessment?

Roche applied the Natural Capital Protocol primarily to inform stakeholders of impacts and dependencies for their direct operations, through monetary valuation. The company performed a full natural capital monetisation exercise, from both business and societal value perspectives. Roche did not specifically apply the Protocol to inform commercial decision making, but rather were interested to understand how the Protocol aligned with their existing procedures.

How was the Natural Capital Protocol used?

Roche carried out all nine steps of the Protocol across six sites in Switzerland and included the following:

The assessment found that impact costs at the Swiss sites compared with Swiss revenues were found to be in the order of 6% of net sales*. This valuation suggested that the cost to society of Roche’s activities was relatively low compared to the turnover of their operations. Roche were, however, aware that their activities do lead to negative impacts and wanted to gain further insight into these. GHG emissions were found to be the largest impact, comprising 80% of impacts overall. Impacts in terms of water were measured to understand Roche’s societal contribution to extraction of water resources generally, and pollution in terms of discharges of chemicals to waterways (e.g. phosphorous and nitrogen).

Roche found that external assistance was helpful, while applying the Protocol, in particular for translating outputs into monetary values. Roche also found that the Natural Capital Protocol complemented their sustainability initiatives very well, including methodologies such as carbon disclosure and risk assessment.

In hindsight, Roche determined that they would carry out a natural capital assessment on a smaller scale than they attempted first time round, had they the opportunity again. This would likely be at individual site level, but to a greater level of detail than their first assessment.

Indeed, Roche already have an idea of an area to give further attention in a future natural capital assessment: that of water valuation in California. In parts of the world where water is becoming increasingly scarce and quality is in gradual decline, restrictions around use and potential costs of supply may increase, so it makes sense to develop a strategy for this now.

*Note that 6% reflects the situation for Roche in Switzerland, not worldwide. In Switzerland Roche has a concentration of operations compared to sales. In a separate analysis Roche estimated that the negative impacts worldwide account for less than 1% of sales.