No One Wants To Put A Price On Nature, But We Do Need A Better Understanding Of Its Value 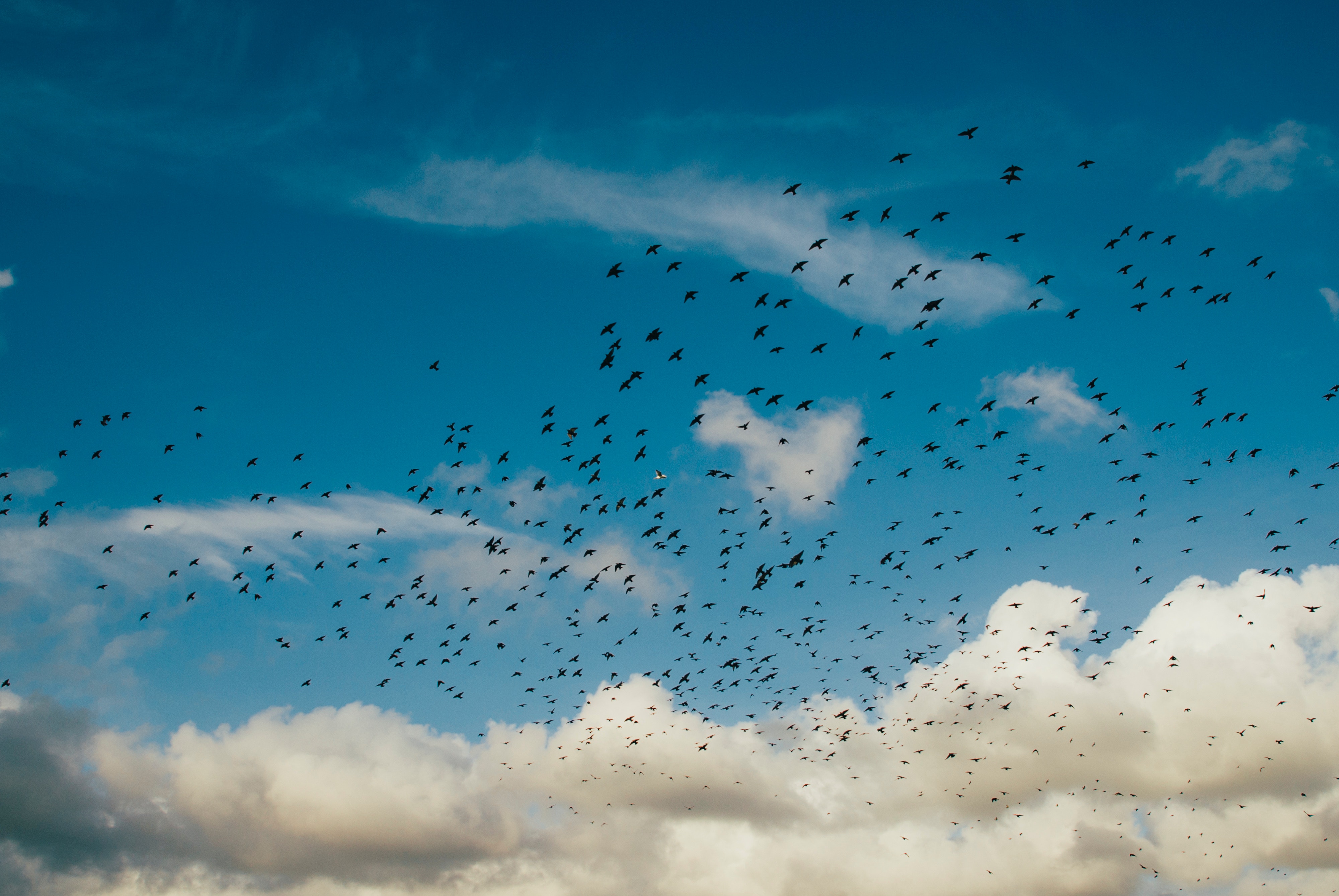 This article first appeared in the summer ’18 issue of MyGreenPod Magazine, The Natural Revolution, distributed with the Guardian on 03 Aug 2018.

“01 August marked Earth Overshoot Day 2018: the day on which humans used more from Nature than our planet is able to regenerate in the entire year. We’re currently using 1.7 Earths; we’re overfishing, overharvesting forests and emitting more carbon dioxide into the atmosphere than ecosystems can absorb.

The date has been creeping forward since 1970, when the Global Footprint Network estimated that, for the first time, we used more ecological resources and services than Nature was able to restore. Natural processes – from water filtration to crop pollination – underpin all human activities: they are the life support systems upon which our growth, wellbeing and prosperity depend. If we don’t get our consumption in check our days as a species will be numbered.

In 2011 Defra published a guide ‘to provide an introduction to the valuation of ecosystem services’,which are understood as the benefits we receive from Nature. The idea of putting a value on ecosystems was interpreted by many as an attempt to commodify the natural world, but natural capital proponents do not advocate the ‘pricing of Nature’. Instead, their core assertion is that prices have failed to reflect the true value of the natural world, and that the economic systems we’re using are broken.

A natural capital approach works to illuminate Nature’s often hidden value – whether it be economic, social, environmental, cultural or spiritual, and whether this value is expressed in qualitative, quantitative or monetary terms. The important point is that price and value aren’t interchangeable; traditional prices almost never reflect the immense value of Nature.

Some take the position that it’s immoral to ascribe any tangible value to the natural world. But when we buy almost any physical product we are, in a sense, commodifying Nature by signifying our willingness to pay a designated price in exchange for ownership of natural materials, organisms and their derivatives.

In this way, much of Nature is already commodified, and has been for thousands of years. A natural capital approach, far from abetting this neoliberal model, turns it on its head. While there are many prices for the products that are created from Nature and natural derivatives, the value of leaving the natural world intact is often far less understood – or worse, regarded as zero. Framing these resources as natural capital and working to illuminate their value is a way of recognising the value of leaving Nature intact.

Much of the debate comes down to language. In a bid to address some people’s unease with the term ‘ecosystem services’, in January 2018 30 global experts associated with the Intergovernmental Platform on Biodiversity and Ecosystem Services (IPBES) suggested a move away from the term, and towards ‘Nature’s Contributions to People’. They argued the latter was a more inclusive term that bypassed perceived failings of the ecosystem services framing.

IPBES chair Sir Robert Watson said, ‘Nature underpins every person’s wellbeing and ambitions – from health and happiness to prosperity and security. People need to better understand the full value of Nature to ensure its protection and sustainable use.’

Ultimately the message remains the same, irrespective of the language used: we fundamentally depend on Nature in a multitude of ways, and if Nature continues to be degraded, we will all suffer.

In March 2007, environment ministers from the G8+5 countries met in Potsdam, Germany to propose a proper analysis of the global economic benefit of biological diversity, the costs of the loss of biodiversity and the failure to take protective measures versus the costs of effective conservation. The result was the launch of a global TEEB (The Economics of Ecosystems and Biodiversity) study, designed to make Nature’s values visible.

As well as getting to grips with the inherent value of our natural bounty, the goal of TEEB is to embed the values and benefits of biodiversity and ecosystem services into decision-making at all levels.

The TEEB for Business Coalition – now the Natural Capital Coalition – was launched in December 2012. Its purpose was to study and standardise natural capital approaches, and enable its valuation and reporting in business. The goal was to engage key stakeholders from business, government and civil society to join a leading-edge collaboration that would shape the future of business thinking and action on natural capital. TEEB for Business evolved into the Natural Capital Coalition in 2014; it had become clear that the entire system – not just business – needed to come together to tackle these issues and embed natural capital thinking in mainstream discourse.

Many organisations have a policy on water, another on energy, another on biodiversity, another on forests – the list goes on. Often the people working in these areas don’t talk to each another; in some cases they are actually in competition for budget allocation. A policy on one of these areas, without an understanding of how it connects with the others, means we’re often playing a four-dimensional game of tug of war, attempting to keep interconnected systems in balance without understanding the ways in which they work and connect.

The natural world and ecosystems are fundamentally symbiotic, so our approach to their conservation and restoration must be similarly interconnected if it is to succeed.

A systems approach allows businesses to understand fundamental interdependencies, tipping points and thresholds. If farmers deplete the local water table, the health of local vegetation may be may affected; this could cause insect habitats and populations to decrease, affecting the pollination services necessary for the success of the farmers’ crops.

Understanding the Web of Life

In the late 18th century, Alexander von Humboldt became the first to recognise the individual elements of the natural world as parts in a larger ‘eco-system’, though the term wouldn’t be coined until 1935. In his writings, Humboldt described Nature as an intricate and dynamically interconnected ‘web of life’, and suggested that not even the tiniest organism can be truly understood in isolation from the larger system.

In a recent article, Peru’s former environment minister Manuel Pulgar-Vidal wrote that even as late as 1992, during the Rio Earth Summit, the Peruvian government’s sole focus was on the protection of Peru’s biodiversity. Climate change, on the other hand, was viewed as a concern for wealthy industrial powers, and of little relevance to Peru and other countries at similar stages of their economic development. As Pulgar-Vidal went on to write, ‘what a difference 25 years makes’.

Now, the connections between the health of the climate, the success of biodiversity and Earth’s ecosystems and our health, wealth and happiness seem obvious to the point of common sense; the idea that this wasn’t commonly understood sounds incredibly counterintuitive.

When the Intergovernmental Panel on Biodiversity & Ecosystem Services (IPBES) released its landmark series of reports in March 2018, IPBES chair Sir Robert Watson summed up the need to think in systems. ‘Land degradation, biodiversity loss and climate change are three different faces of the same central challenge’, he said. ‘We cannot afford to tackle any one of these three threats in isolation – they each deserve the highest policy priority and must be addressed together.’

Matchmaking for a Shared Vision

A systems approach is embedded in the DNA of the Natural Capital Coalition. The Coalition brings together 280+ organisations (and engages many thousands more) which together represent all sectors of society.

The organisations have united under the vision of a world that conserves and enhances natural capital, a shared belief that we can do more together than we can do alone and an understanding that only by bringing together the different parts of the system can we effect real change.

The Coalition team provides an overview of work in the natural capital space, highlighting connections, engaging in outreach and facilitating expert advice for the Coalition community. It’s able to act as matchmaker to ensure that different parts of the system are talking to one another, and that the best organisations and experts are working together to achieve a shared vision.

While the Natural Capital Coalition was primarily set up to focus on embedding natural capital assessments in the private sector, its thinking in this area has evolved and its focus has broadened.

The involvement of all of the Coalition’s seven worlds is crucial to achieving an enabling environment, but the Coalition’s future focus will be on engaging the business, finance, government and policy-making communities.

In the coming months, the Coalition will also be announcing a new Regional Platform programme, which will be another way in which it is able to create networks and address systems issues.

There has recently been an international push, led most notably by the UN and the World Bank, to move ‘beyond GDP’ – a country’s income – when we consider a nation’s true wealth.

A country’s wealth is broadly categorised as the collective value of its economic wealth and income (financial capital), its natural resources and the services that flow form them (natural capital and ecosystem services), its material goods and infrastructure (produced capital) and its educated, skilled and knowledgeable workforce, coupled with its societal networks and relationships (human, social and intellectual capital) alongside foreign assets The insight here is that traditional wealth creation is often not wealth creation at all. It is often only the substitution of one form of capital for another, and disproportionately the liquidation of natural capital in order to create financial capital.

Natural capital underpins all other forms of capital, which is why is has been an important place to start. But organisations must understand the ways in which they impact and depend on all of the capitals if they are to make truly informed decisions that benefit societies and the natural world, alongside businesses and economies.

Only by adopting one integrated approach to decision-making, which takes into account the wider relationships between all capitals, can we look forward to a future in which we thrive in every possible way – and with any luck consign Earth Overshoot Day to the footnotes of history.”