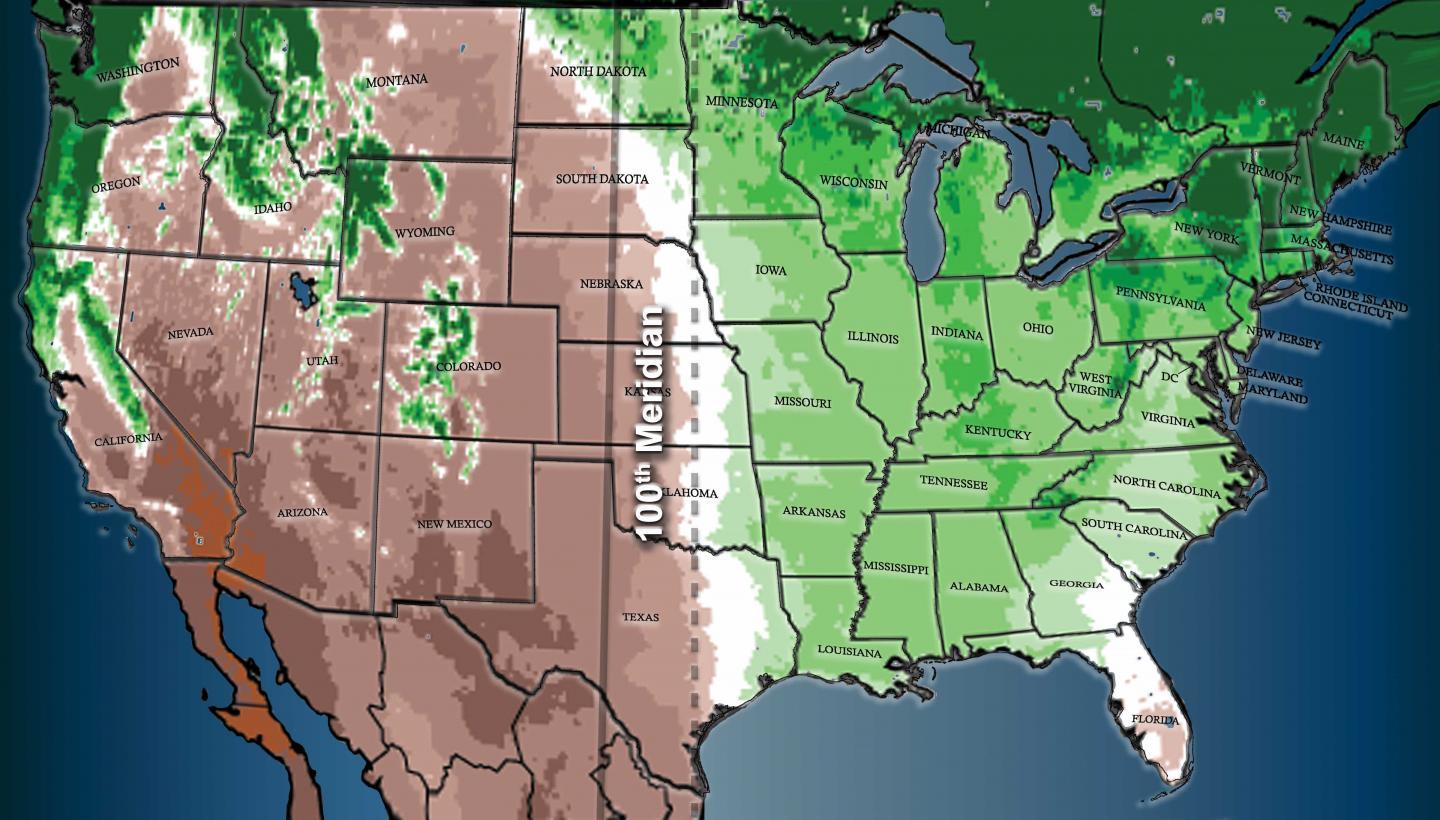 “In the late 1800s, geologist and explorer John Wesley Powell first described a clear boundary running longitudinally through North America along the 100thmeridian west that visibly separated the humid eastern part of the continent from the more arid western plains. Now, 140 years later, scientists have confirmed that such a sharp climatic boundary exists and that it is slowly shifting east due to climate change — a change that scientists say could have significant implications on farming in the region.

The new research, published in a pair of studies in the journal Earth Interactionslate last month, found the divide is created by three factors: the Rocky Mountains stopping moisture from the Pacific Ocean reaching farther inland, Atlantic winter storms bringing moisture to the eastern half of the U.S., and moisture from the Gulf of Mexico moving north and curving eastward during the summer months. The only other clear, straight divide between humid and arid areas on the globe is the one separating the Sahara Desert from the rest of Africa, climate scientist Richard Seager of Columbia University, lead author of the new papers, said in a statement…”

The Pollination Deficit: Towards Supply Chain Resilience in the Face of Pollinator Decline ›