On Java’s Coast, A Natural Approach to Holding Back the Waters 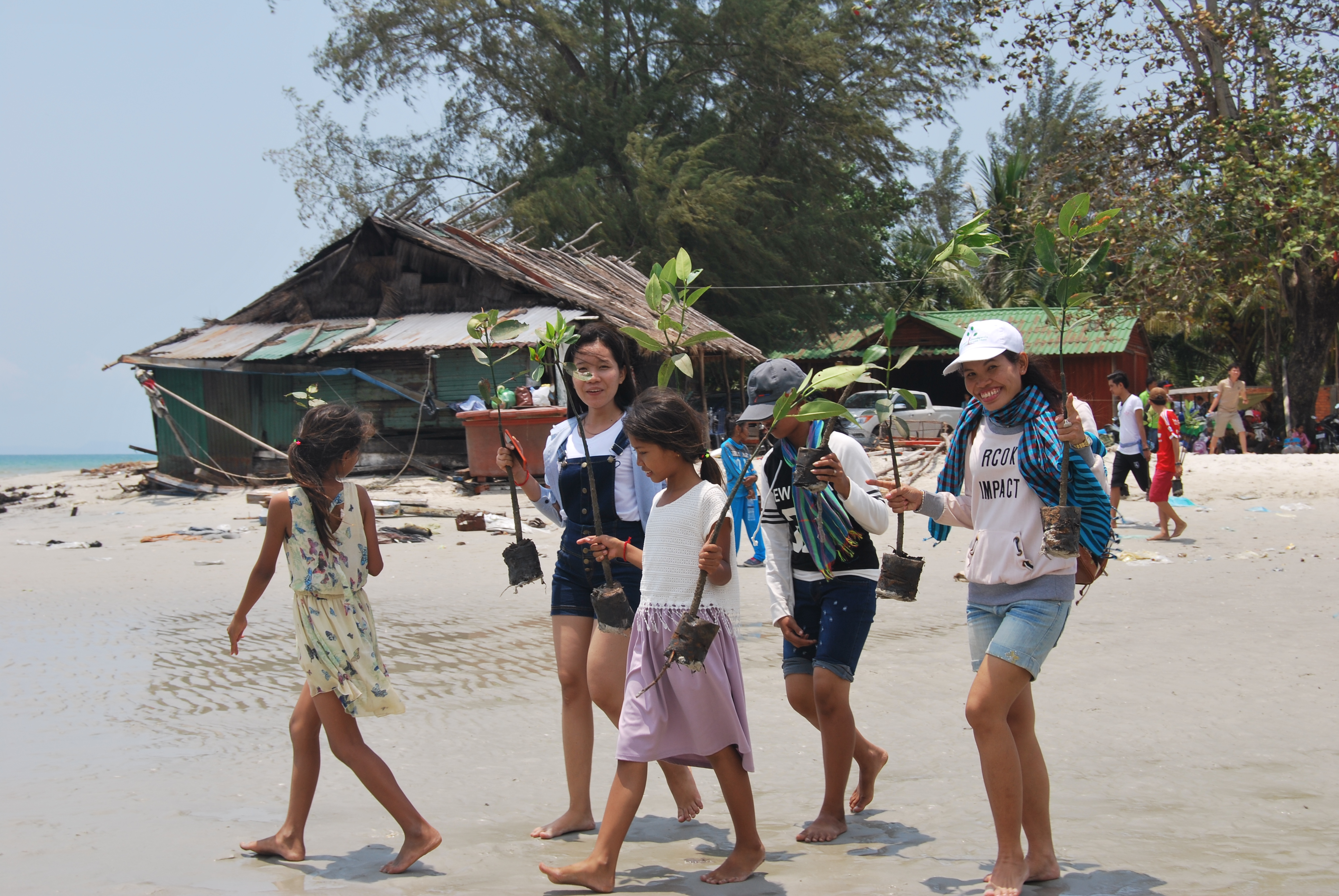 “The island of Java has lost 70 percent of the mangroves that once protected its coast from erosion and flooding. Now villagers are using natural wooden barriers to try to restore the mangrove forests and save their lands and homes from being washed away.

To reach Timbulsloko, a village on the north coast of the Indonesian island of Java, we drove for three miles along a narrow causeway. All the way, there were lines of houses strung out on either side of the road. But behind them, rather than fields, there was only water, punctuated by half-submerged fences and the remnants of dykes. Something, it was clear, had gone badly wrong here.

Two decades before, this had been all land; but since then, the ocean had steadily invaded. Richer residents along the road were rebuilding their houses on new, higher foundations to keep above the rising tides. Other houses were inundated, abandoned, or marooned on tiny islands that could only be reached by rickety walkways. The village cemetery was being washed away – locals said lapping waters occasionally floated decomposing bodies into their living rooms.

…“Our parents warned us that we should protect the mangroves,” he remembered. “They said the mangroves provided many benefits, like the oysters, crabs, and fish among their roots, as well as protection of the coastline. But our people wanted to make money and feed their families.”

With the protective mangroves mostly gone, the sea began to wash away the dykes that surrounded the ponds. By 2013, it had penetrated inland for about a mile. The village has lost 25 rows of fish ponds, Sairi said. Now the waters lapped at their houses along the raised causeway. Other nearby villages had been entirely washed away. They feared they might be next. But they had a plan that they believed would save them, by encouraging nature to restore the mangroves…”

‹ Notes from a Remarkable Political Moment for Climate Change

Indigenous Knowledge Networks in the Face of Global Change ›