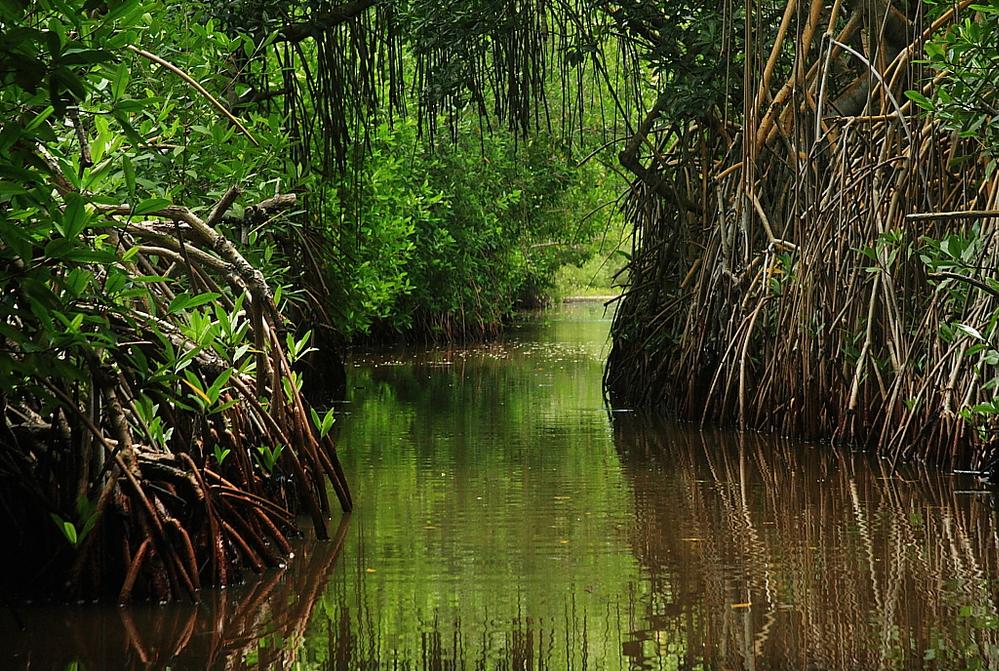 This article was originally published on Directions Magazine.

“At the end of the Baja Peninsula between the states of Sinaloa and Nayarit lies the Marismas Nacionales,or National Marshes, the largest intact mangrove forest on the Pacific Coast of Mexico. The ecosystem services provided by these hundreds of square miles of mangrove forests are important to the local economy, especially the families who rely on fishing and shrimping.

The mangrove ecosystems in the Marismas Nacionales also provide other benefits sustaining and fulfilling human life, such as local coastal erosion protection and carbon sequestration. Mangrove forests can remove greenhouse gases like carbon dioxide from the atmosphere and they store enormous amounts of carbon in their sediments, leaves, and other biomass. Yet over the last 45 years, mangrove forests in the Marismas Nacionales have been in decline. The construction of dams is a likely cause. Dams create imbalances in salinity and sediment that can affect large areas of mangrove forest.

Map showing the location of Marismas Nacionales on the Pacific Coast of Mexico near the Baja Peninsula.

Ecologists Without Borders and Pronatura México are two nongovernmental organizations that have been trying to quantify and, ultimately, help reverse the decline of mangrove forests in the Marismas Nacionales. In the summer of 2015, EcoWB approached the University of Washington looking for students with GIS experience to recommend a solution. EcoWB needed a cost-effective option that was documented in enough detail for their partner organizations in Mexico to implement it themselves. The UW graduate student team recommended that EcoWB use a free and open source GIS toolkit from the Natural Capital Project’s Integrated Valuation of Ecosystem Services and Tradeoffs. The lessons learned from the team’s work, described below, suggest that, in some situations, a free and open source GIS solution is a better option than a proprietary one…”

Read on at: Directions Magazine.

‹ Reconnecting Cities to the Biosphere: Stewardship of Green Infrastructure and Urban Ecosystem Services