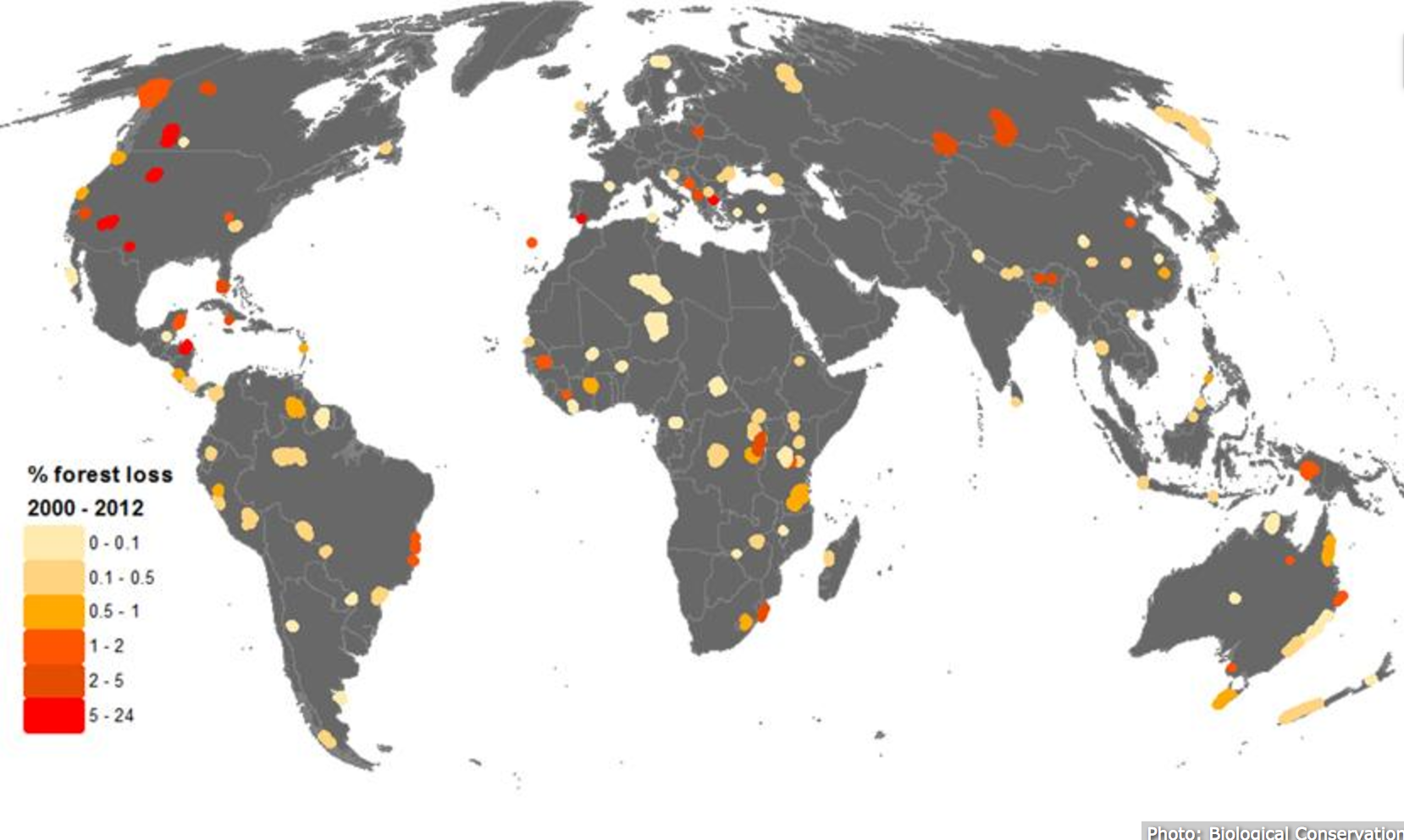 ““The data speaks for itself: human pressure and forest loss are increasing in the world’s most precious natural areas,” says Bastian Bertzky, Science Adviser for IUCN’s World Heritage Programme and co-author of the paper. “Despite their international recognition, natural World Heritage sites are continuously facing severe threats, including from logging, mining, dams and roads, when they should be granted the highest level of protection.”

The authors analysed changes in human pressure from 1993 to 2009 using the updated global Human Footprint dataset developed by WCS, which includes population density, agriculture, urbanisation, transportation and industrial infrastructure. They also used data from the Global Forest Watch initiative to measure forest loss between 2000 and 2012.

They found that, over the past two decades, human footprint has increased in 63% of the 94 natural World Heritage sites analysed, a trend evident across all continents except Europe. Some of the most impacted sites were found in Asia, including in important habitats for endangered species such as India’s Manas Wildlife Sanctuary, where tigers and Indian elephants coexist, and Nepal’s Chitwan National Park, home of the one-horned rhino…”