Peruvian Glaciers Have Shrunk By 30 Percent Since 2000 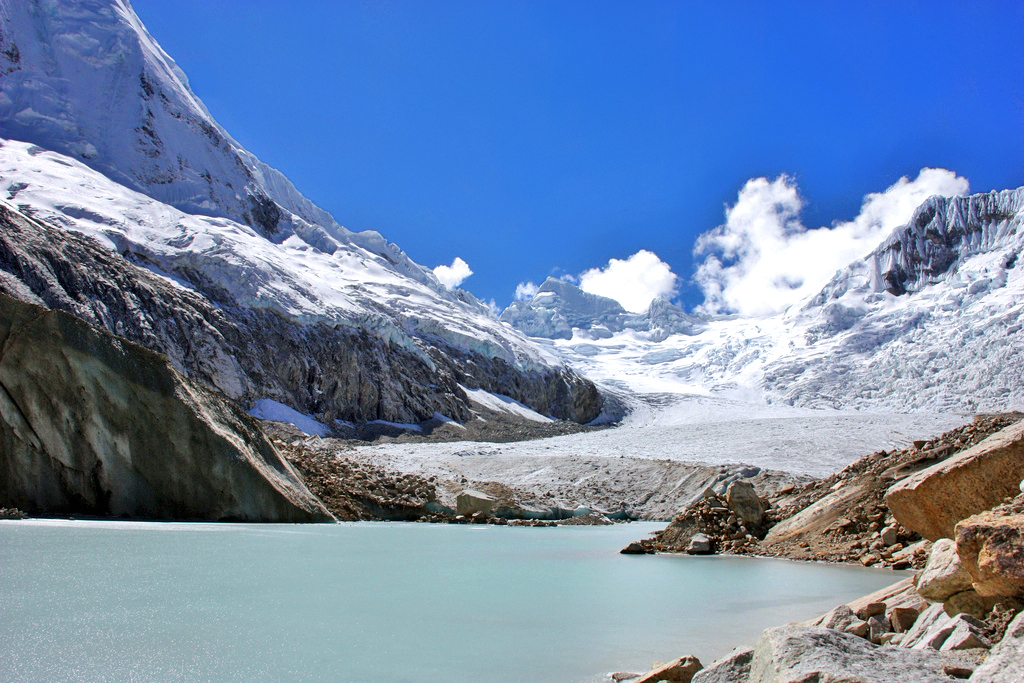 “Nearly 30 percent of Peru’s glaciers have melted away since 2000, threatening a critical source of drinking water and irrigation for millions of people downstream, according to a new study published in the journal The Cryosphere. Overall, the country lost nearly 8 gigatons of ice from 2000 to 2016, with 170 glaciers — covering an area equivalent to 80,000 soccer fields — disappearing entirely.

Scientists warn that the melting of Peru’s glaciers is only getting worse — ice loss from 2013 to 2016 was four times faster than the previous four-year period. The new research, led by scientists at the Friedrich-Alexander-Universität Erlangen-Nürnberg (FAU) in Germany, is the first region-wide assessment of glacier retreat in the Peruvian Andes, which is home to 92 percent of the world’s tropical glaciers.