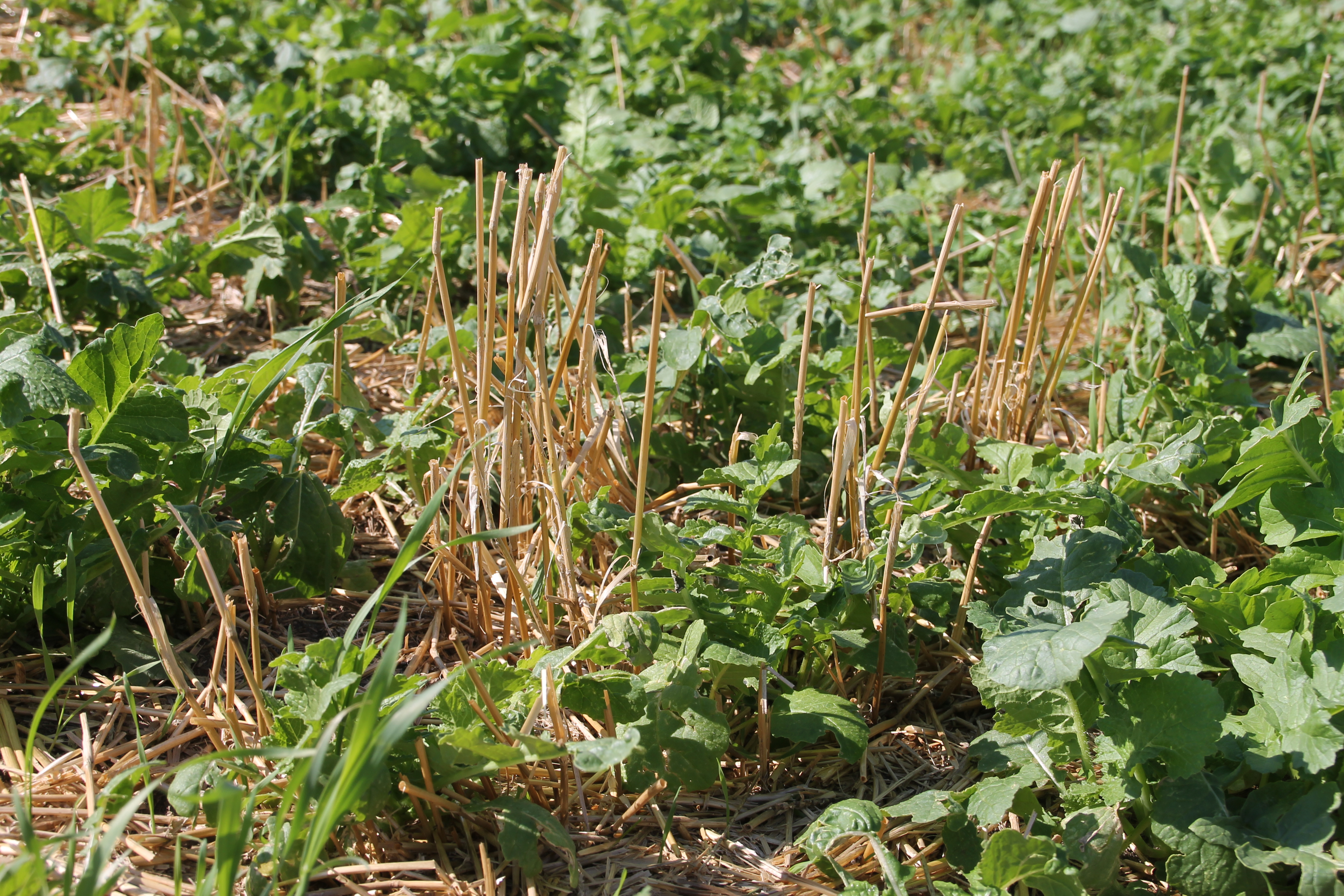 “When you think of a radish, you may think of the small, round, crunchy, red-and-white vegetable that is sliced into salads. You might be surprised to learn that a larger, longer form of this root vegetable is being used in agriculture as a cover crop.

Cover crops are grown between main crops such as wheat, corn, or soybeans when the soil would otherwise be bare. Cover crops can control erosion, build soil, and suppress weeds. Radish as a cover crop can provide these benefits and more. The long radish root creates deep channels in the soil that can make it easier for subsequent crops to reach water in the soil below.

Radish is also known to benefit water quality. It does so by taking up nitrogen, in the form of nitrates, from the soil. This leaves less nitrogen in the soil that can run off to nearby streams and lakes.

Matt Ruark of the University of Wisconsin-Madison and colleagues wanted to know more about the effect of this nitrate uptake in the following growing season. They established test sites in three Wisconsin locations and studied them for three years. At each site, some plots received the radish cover crop and some did not. The radish cover crop was planted in August after a wheat harvest. Corn was planted the following spring.

The research showed that radish significantly reduced the nitrate content in the soil as compared to the test plots with no cover crop. This finding confirmed the results of several earlier studies. It showed that radish did take up nitrogen, in the form of nitrates, from the soil…”

‹ The Projected Effect On Insects, Vertebrates, & Plants of Limiting Global Warming to 1.5°C Rather Than 2°C

Inconvenient Minifauna & the Invasion of the Hammerhead Flatworms ›