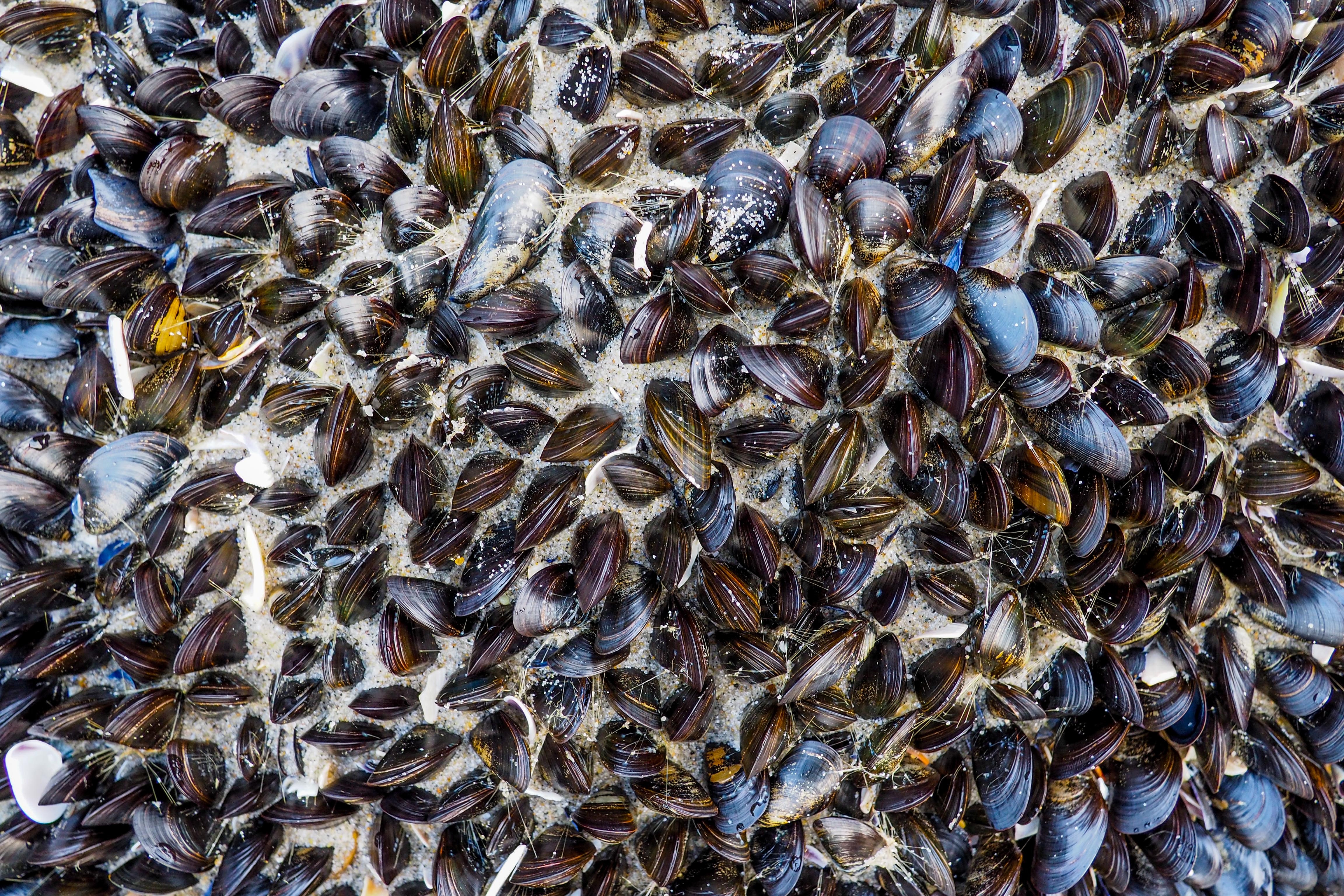 “…North America hosts the richest variety of freshwater mussels in the world, and the epicenter for this biodiversity is in the southeastern United States. In surveys, biologists have found more species in a few square meters of the Tennessee River than are found in all of Europe. The smallest mussel species can fit on a pinky fingernail when fully grown; the largest have the diameter of a dinner plate. Their shells grow rings over time, like trees, and some can live to be more than a hundred years old.

Mussels are critical, if unsung, players in river systems. They spend their lives half-buried in sediment, stabilizing riverbeds and preventing erosion. There they serve as food for birds, muskrats, and otters; and when they die, their shells are adopted as secondhand homes by crayfish and aquatic insects. Most importantly, mussels filter river water—up to 20 gallons per mussel per day by some estimates. They live off the algae and plankton gleaned from this filter feeding, and in the process remove silt and toxic substances from the water, including some heavy metals, harmful bacteria, pharmaceuticals, and endocrine-disrupting chemicals such as PCBs. “They’re like little miniature treatment plants,” says stream ecologist Jesse DiMartini, of the DuPage County Forest Preserve District in Illinois. But, despite their capacity to take up harmful chemicals, mussels have their limits and can be wiped out in vast numbers when toxin levels are too high.

Considering that more than two-thirds of tap water in the U.S. comes from lakes and rivers, mussels have a direct impact on human health and well-being. And yet our cities, towns, and industries have generated the pollution and habitat threats that are largely responsible for the uncertain future these creatures now face. Of the roughly 300 mussel species native to the U.S. and Canada, well over a hundred are endangered or threatened. Seventy others are of special concern, which means they’re especially vulnerable to environmental change. The United States Geological Survey calls freshwater mussels the most imperiled group of organisms in the country…”