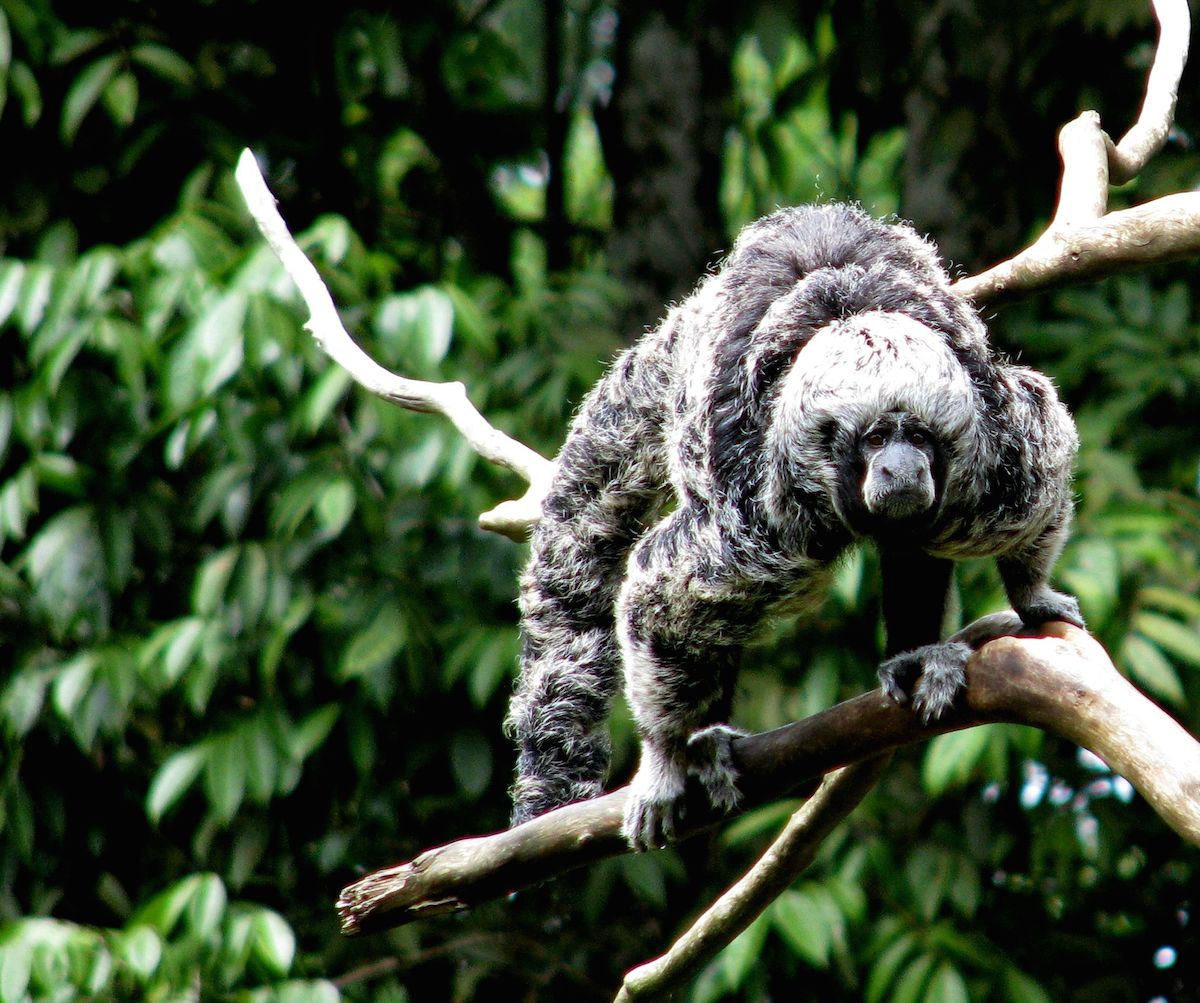 This article was originally published by Mongabay.

“The saki, or “flying monkey,” a mid-sized South American primate, gets its nickname from its ability to quietly skim through the tops of trees. These rainforest inhabitants use their sharp teeth to open hard seeds and spread them as they travel through the canopy, making them an important part of the ecosystem.

But one species of saki monkey with distinct golden arms has fallen off the scientific map. Ecuadorian naturalists first collected Vanzolini’s bald-faced saki (Pithacea vanzolinii) in the 1930s and sent specimens to natural history museums. But it hasn’t been seen since.

Now, ecologist Laura Marsh and her international team of scientists are attempting to rectify this. Yesterday, February 1, they boarded a houseboat and embarked on a four-month expedition in a remote part of the Brazilian Amazon to try to find the lost saki…”