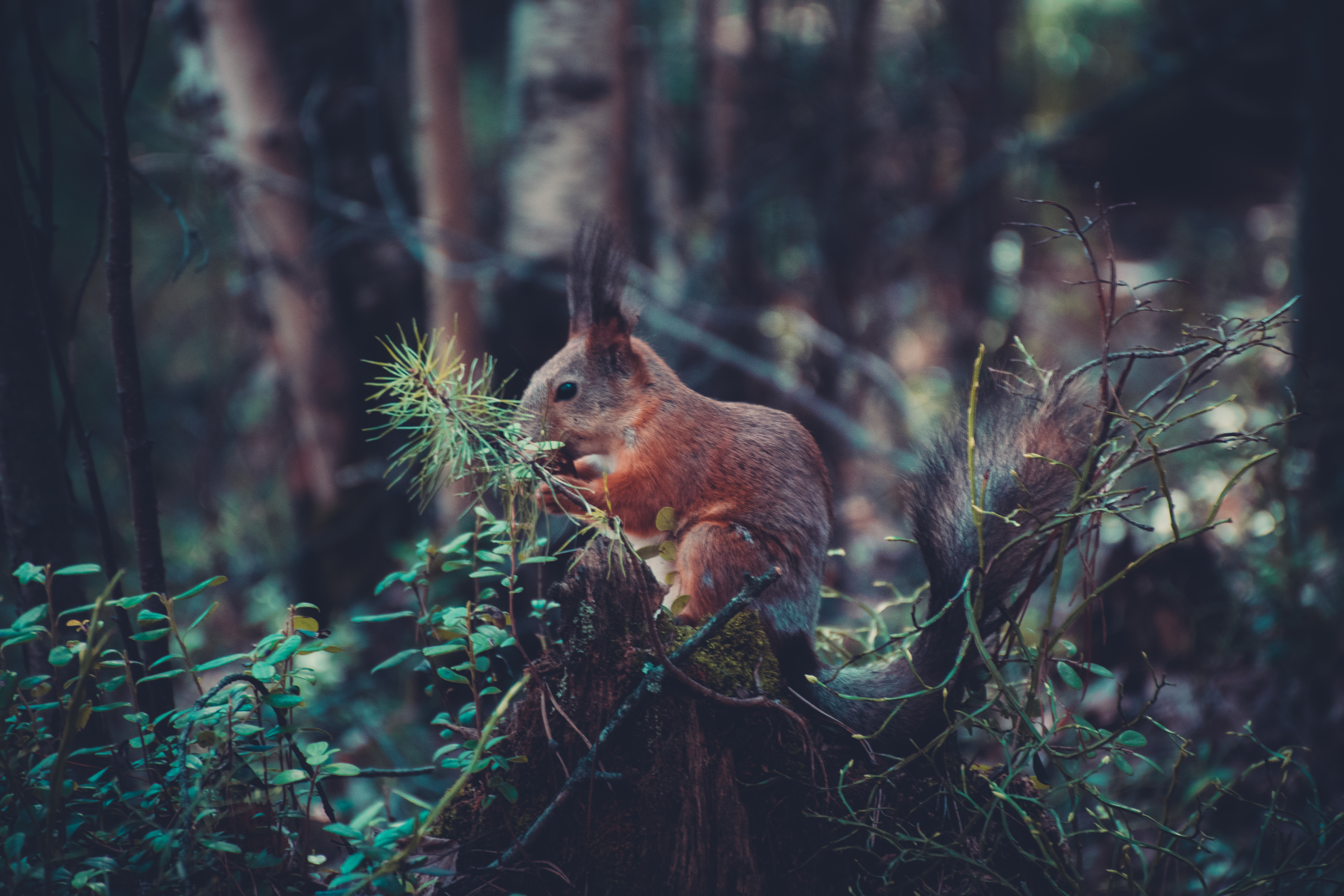 This article was originally published on the Scottish Forum on Natural Capital.

“Scotland’s plants, animals, air, water and soils – which combine to deliver a wide range of benefits to people – are showing signs of recovery, according to the updated Natural Capital Asset Index released this week. The Natural Capital Asset Index, published by Scottish Natural Heritage (SNH) a member & supporter of the Scottish Forum on Natural Capital, states that after decades of decline until the 1990s, these ‘natural capital stocks’ have stabilised or improved slightly.

Natural capital forms a vital part of our economy. Among other things it helps to provide us with food; plant materials; water; natural flood defences, and crop pollination by insects. The Scottish Government’s Programme for Government 2016-17 states “Scotland’s natural environment is worth more than £20 billion per annum and it supports more than 60,000 jobs”.

Evidence suggests that within lochs, rivers, woodland and coastal habitats, natural capital stocks increased between 2000 and 2015. For example, there have been improvements in the quality of coastal bathing water and the ecological status of our lochs and rivers. For bogs, heathland and agricultural habitats, stocks have declined. 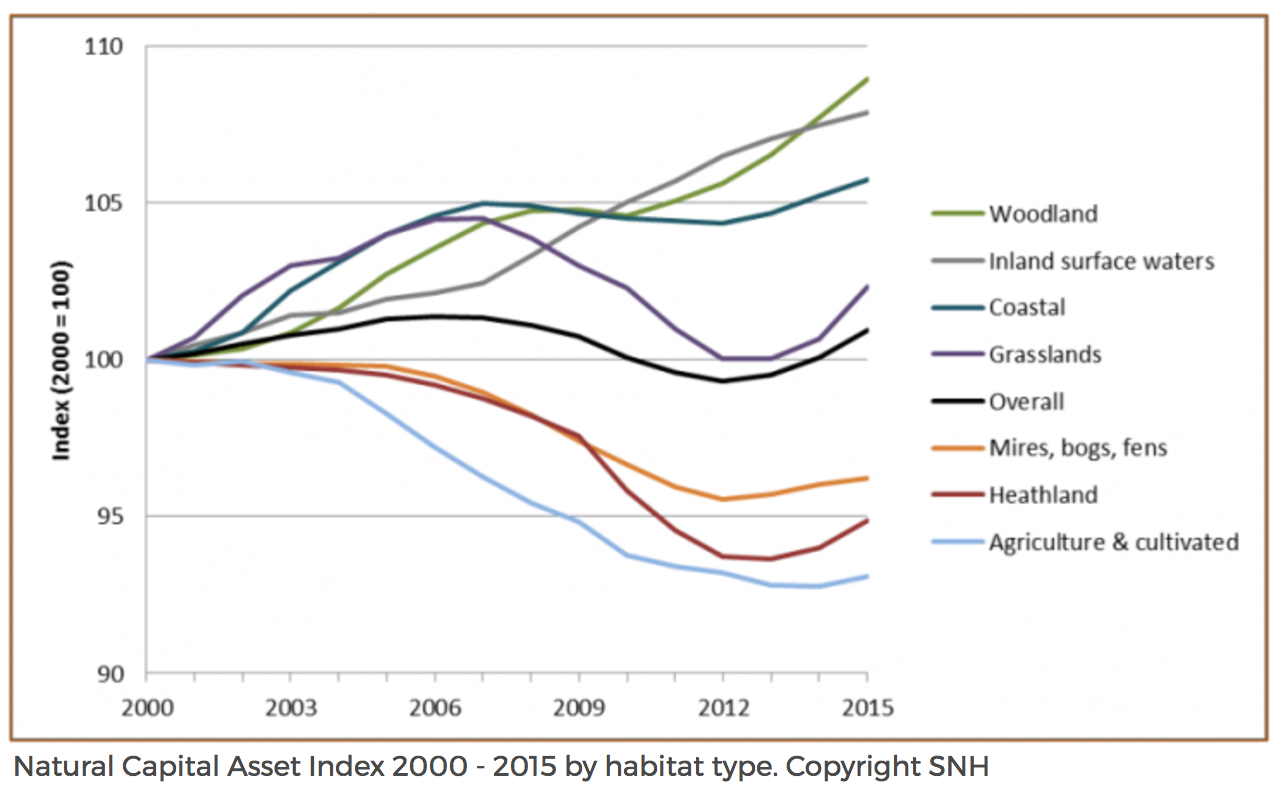 The Natural Capital Asset Index is a composite index,  based (i.e. equal to 100) in the year 2000. Although the Index indicates that natural capital has been relatively stable in the period up to 2015 it does not provide an understanding of what the ideal level is, to achieve the greatest benefits for nature and society, for Scotland’s natural capital…”

Read on at: Scottish Forum on Natural Capital.