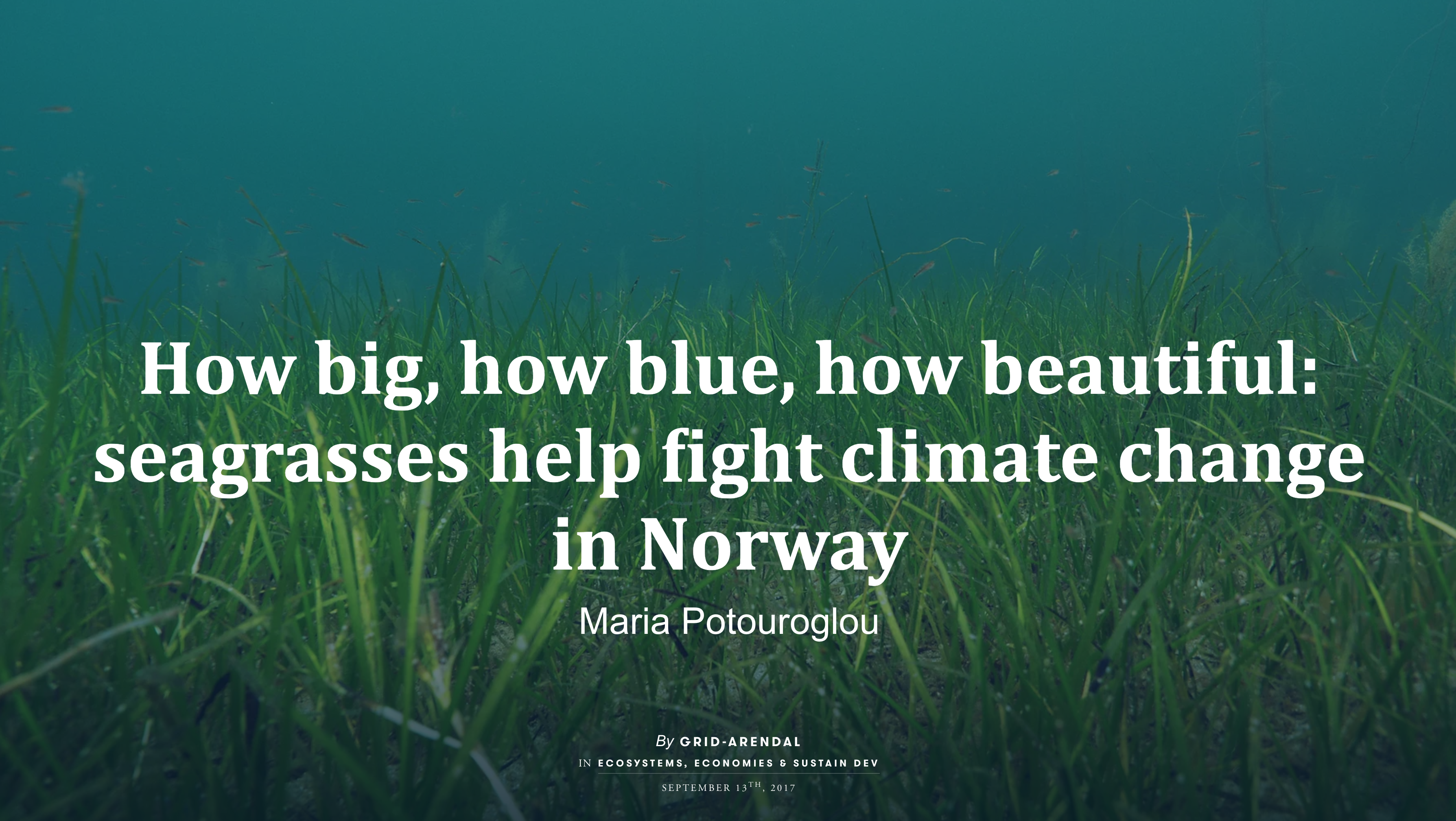 This article was originally published on GRID-ARENDAL.

“Human activity releases 9.9 Gt of carbon every year. That’s 9,900,000,000 tonnes – equivalent to emissions from 2 billion passenger cars for one year. For perspective, there are just over a billion cars on the road in the world today.

What is the atmosphere doing with all of this carbon?

One fact about all that carbon pollution is that more than half — 57% — of it “disappears”. Terrestrial ecosystems sequester 2.6 Gt and another 2.2 Gt is absorbed by the oceans. So, if it wasn’t for the natural ecosystems doing something with that carbon, climate change would be happening more than twice as fast.

During the summer, an exciting fieldwork mission started with scientists from GRID-Arendal, Institute of Marine Research (IMR) and the University of Oslo collecting sediment cores from various sites within the Skagerrak coast in the southern part of the country. We joined forces with media experts to document the fieldwork and raise awareness of scientific seagrass research…”

Read on at: GRID-ARENDAL