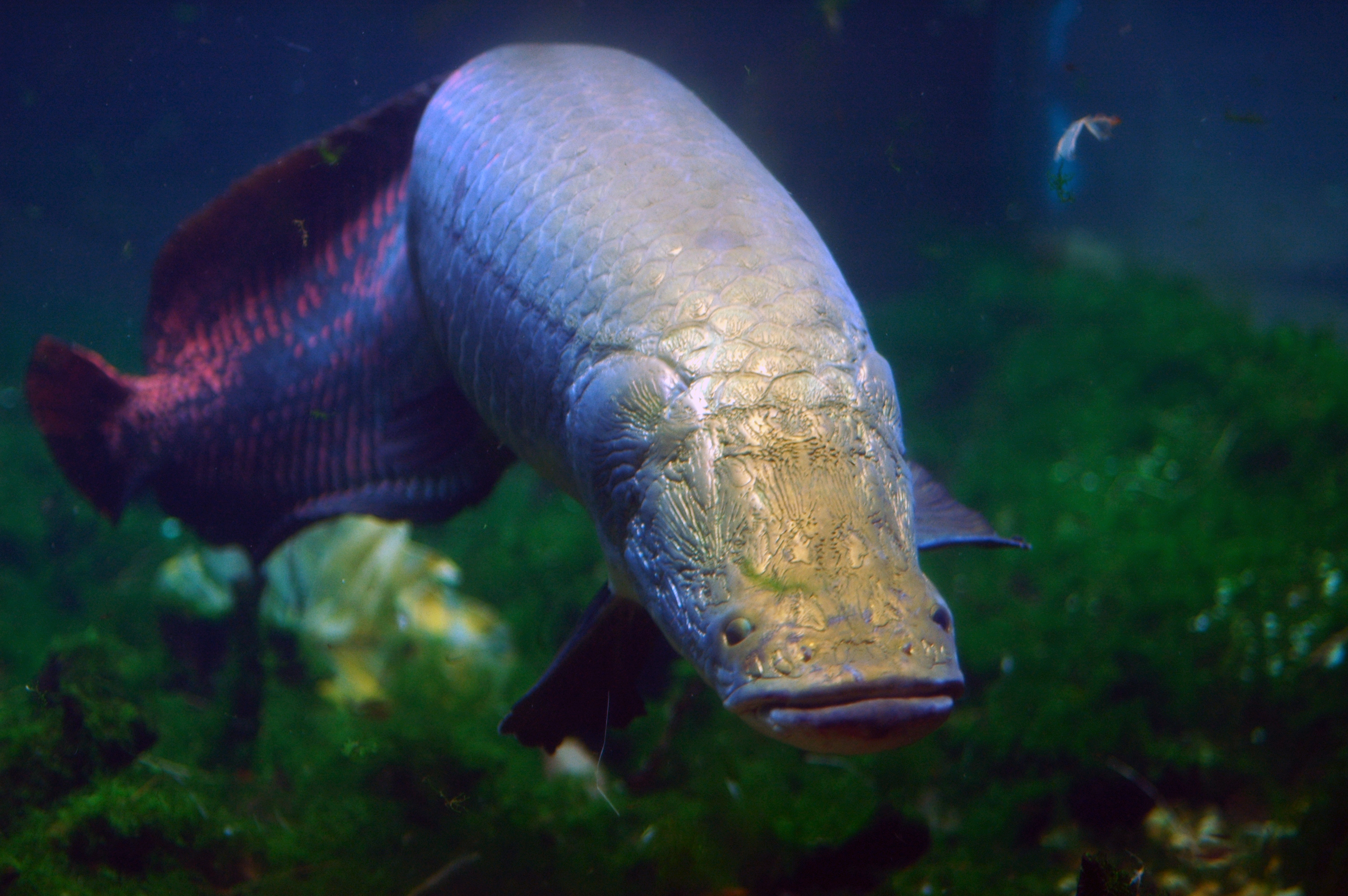 Arapaima gigas is among the largest freshwater fish in the world. By Jeff Kubina from Columbia, Maryland (Arapaima) [CC BY-SA 2.0 (https://creativecommons.org/licenses/by-sa/2.0)], via Wikimedia Commons

“If the forests of South America are the world’s lungs, their rivers and wetlands must be its veins and arteries. This is the most diverse continent when it comes to plant life, and it’s thanks in part to the fish swimming through its waterways.

Freshwater fishes consume about 600 neotropical plant species. The largest of fruit-eating fish in Brazil’s Pantanal—a 70,000 square-mile floodplain the size of Washington state with as much as 55 inches of annual rainfall—are disproportionately responsible for dispersing seeds and growing habitat. During bountiful summers, trees adjacent to wetlands often flood, dropping fruit that fish happily swallow, then pass through their excrement. The biggest fish have the biggest stomachs, and the largest potential for dispersal. As much as 95 percent of woody plant species in tropical forests are spread this way.

A recent study in Biotropica shows that when these large fruit-eating fish are eliminated from an ecosystem, anglers “fish down” to capture smaller fish, which can have drastic results on seed dispersal and germination. Essentially, large fish excrete whole seeds while smaller ones poop out seeds destroyed by chewing. Sixty-three percent of seeds counted in the stomachs of sardines, for instance, were demolished by mastication…”