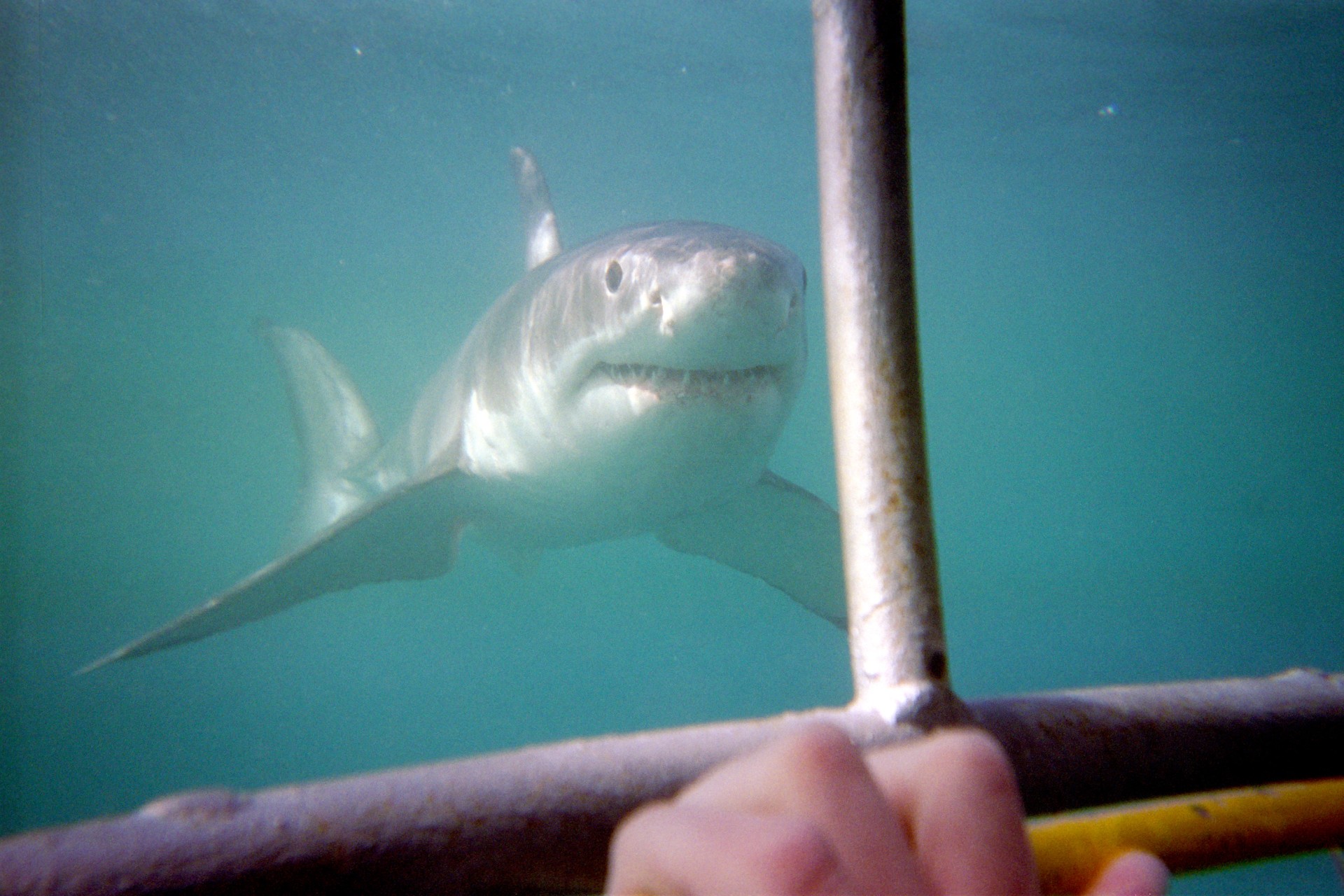 This article was originally published on: Yale Environment 360.

“The world’s most famous sharks are the great whites off Cape Town, featured in the popular “Air Jaws” series. But now these sharks have mostly gone missing, and some experts blame a fishery for depleting the smaller sharks that the great whites feed on.

…For more than two decades, Fallows has been keeping records of kills and attempted kills by sharks seen from his boat in False Bay. These sightings have dropped from a peak average of more than 11 events per trip in 2004 to around 0.3 events per trip in 2017 and this year. Other shark tourism operators and scientists have noted a similar change in the world’s best-known shark hunting ground and for at least a hundred miles to the east. The question now is, what has happened to the sharks?

Fallows and his colleagues in South Africa’s shark tourism business think they have the answer. The culprit, they believe, is a long-line fishery that has been targeting smaller species of sharks, including soupfin and smooth-hound sharks, which are a favored prey species of great whites. The South African government has encouraged this poorly regulated fishery and has granted licenses to politically connected boat owners, whose catch is often sold to Australia, where it winds up in fish ’n chips.

Since 2013, about three to six demersal longliners — fishing boats that set lines with up to 2,000 baited hooks on or near the sea floor — have been working hundreds of miles of the southern coast of South Africa. Fallows says these boats have intensified their efforts in recent years and have driven stocks of smaller shark species to collapse, which may have led to starvation of juvenile great whites and driven other great whites elsewhere. The fishery may also be illegally hooking and killing young great whites and protected hammerhead sharks, he believes…”