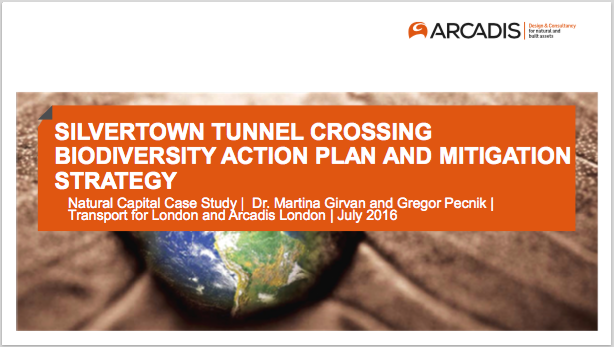 Silvertown Tunnel is a new highways tunnel under the Thames River between Silvertown and Greenwich on behalf of Transport for London (TfL) which is one of the UK’s Nationally Significant Infrastructure Projects (NSIPs). The habitat around the Scheme Study Area is typical of urban brownfield habitat which is traditionally undervalued in terms of biodiversity and Natural Capital.

The Silvertown Tunnel BAP and MS therefore provided confidence in the prediction of residual effects for the Ecological Impact Assessment, captured the key ecological features and the design principles for particular habitat types to be replaced. This included identification of planting palettes and general physical designs and to present a clear quantum of habitats required to be replaced on site or off site (i.e. to be offset). The enclosed NCV calculations were made for temporary and permanent habitat loss to provide scope for the projects to offset all its potential residual effects. The mitigation hierarchy of avoid, reduce, mitigate, compensate was adhered to.

NSB-led standardization in the field of natural capital ›