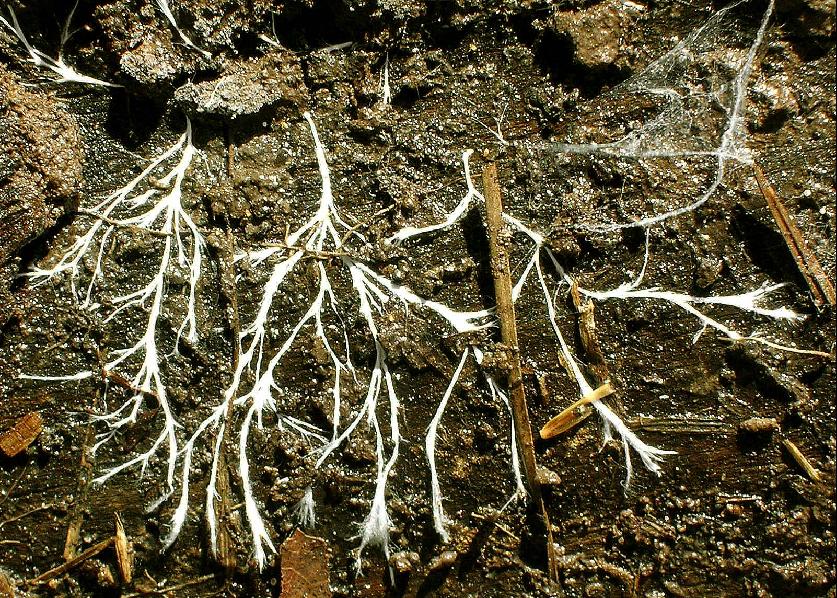 By TheAlphaWolf (Own work) [GFDL (http://www.gnu.org/copyleft/fdl.html) or CC-BY-SA-3.0 (http://creativecommons.org/licenses/by-sa/3.0/)], via Wikimedia Commons

“Nature is rife with symbiotic relationships, some of which take place out of sight, like the rich underground exchange of nutrients that occurs between trees and soil fungi. But what happens in the dark may have profound implications above ground, too: A major new study reveals that soil fungi could play a significant role in the ability of forests to adapt to environmental change.

Kai Zhu, assistant professor of environmental studies at UC Santa Cruz, took a unique “big data” approach to investigating the role of symbiotic fungi in tree migration in forests across the eastern United States. “Our climate is rapidly changing, and our forests are responding, but in very slow motion—it’s hardly detectable,” said Zhu, who wanted to identify factors that contribute to the pace of that response.

In forests, tree growth largely depends on the nutrients available in the soil, while the transfer of carbon through roots to the soil regulates ecosystem processes. Mycorrhizal (“MY-koe-RY-zull”) fungi grow on the roots of most plants and drive the nutrient-carbon exchange between plants and soil: They take up carbon resources from their hosts and provide soil nutrients that plants need. The two most common fungi associated with forest trees are ectomycorrhizal (ECM), which grow on conifers, including pines, oaks, and beeches, and arbuscular (AM), which grow on most nonconifers, such as maples…”

It’s Not Too Late to Save Coral Reefs ›