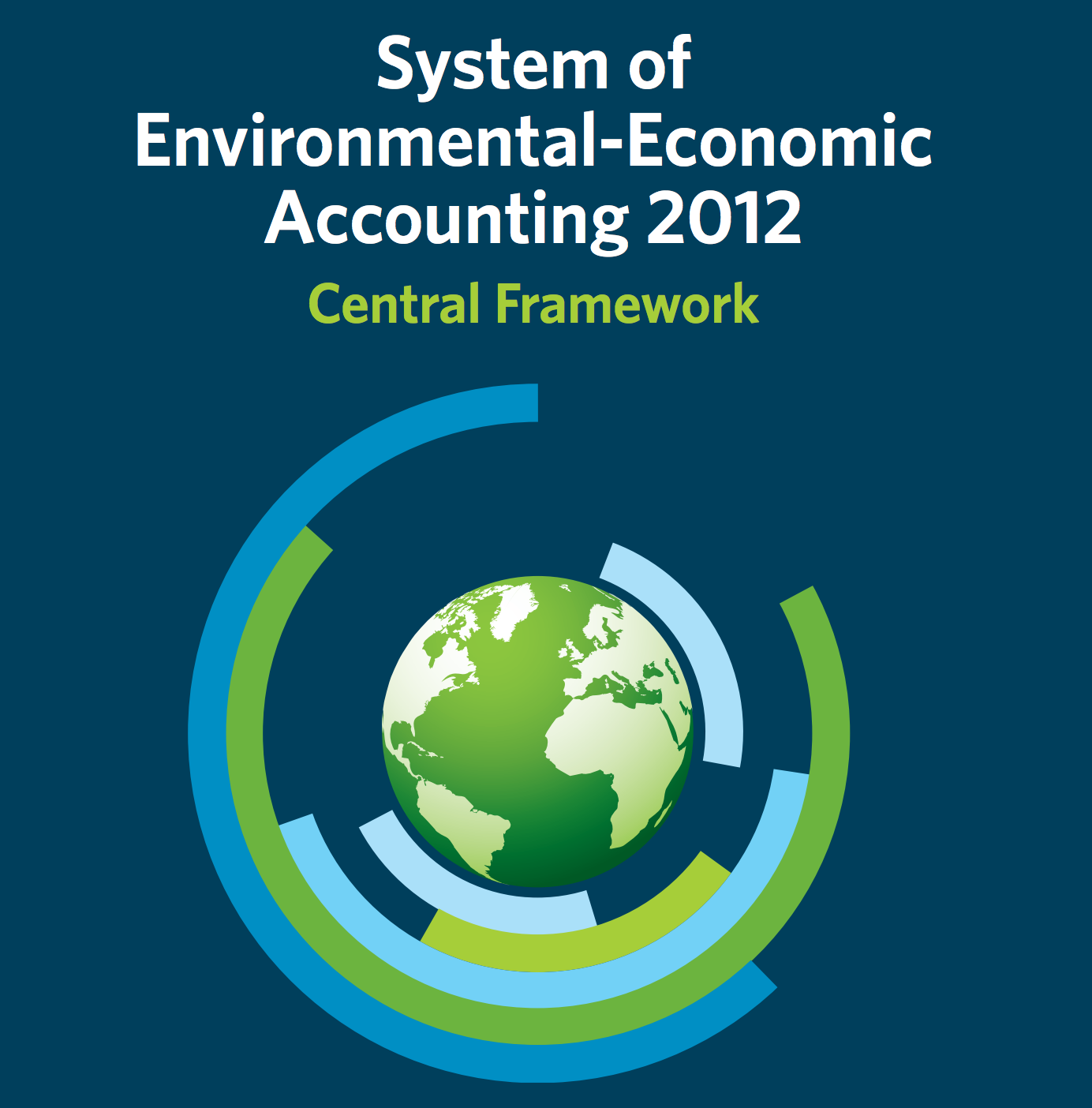 Comparable and reliable data supporting coherent analytical and policy frameworks are essential elements to inform debates and guide policy related to the interrelationships between the economy and the environment.

The System of Environmental-Economic Accounting 2012—Central Framework (SEEA Central Framework) is a statistical framework consisting of a comprehensive set of tables and accounts, which guides the compilation of consistent and comparable statistics and indicators for policymaking, analysis and research. It has been produced and is released under the auspices of the United Nations, the European Commission, the Food and Agriculture Organization of the United Nations, the Organisation for Economic Co-operation and Development, the International Monetary Fund and the World Bank Group. The SEEA-Central Framework reflects the evolving needs of its users, new developments in environmental economic accounting and advances in methodological research.

Agenda 21, adopted at the 1992 United Nations Conference on Environment and Development held in Rio de Janeiro, Brazil, called for the establishment of a “programme to develop national systems of integrated environmental and economic accounting in all countries”. More recently, the outcome document of the United Nations Conference on Sustainable Development (Rio+20) held also in Rio de Janeiro, in 2012, reconfirmed that “integrated social, economic and environmental data and information … are important to decision making processes.”

In response to the policy demands from the World Commission on Environment and Development—or Brundtland Commission—(1983-1987) and, subsequently, Agenda 21 (1992), the 1993 Handbook of National Accounting: Integrated Environmental and Economic Accounting (SEEA 1993) was developed. Further development of the statistical framework, based on practical experience in implementing the SEEA 1993, was published in the Handbook of National Accounting: Integrated Environmental and Economic Accounting 2003 (SEEA-2003). In view of the continued need for environmental and environmental economic information, the United Nations Statistical Commission established the Committee of Experts on Environmental-Economic Accounting in 2005, composed of representatives from national statistical offices and international agencies with the mandate to revise the SEEA-2003 and the objective of establishing a statistical standard for official statistics. The Bureau of the Committee of Experts on Environmental-Economic Accounting, consisting of representatives elected among its members and acting under delegated authority from the Committee of Experts, managed and coordinated the revision of the SEEA. National statistical offices from countries throughout the world, as well as international organizations, made valuable contributions. Expert groups carried out research on the issues being reviewed. During the update work, the recommendations and the updated text were posted on the website of the United Nations Statistics Division for worldwide comment, thereby achieving full transparency in the process.