The African Baobab Is An Important Part of Africa’s Cultural, Economic & Environmental Landscape, & They’re Dying Out 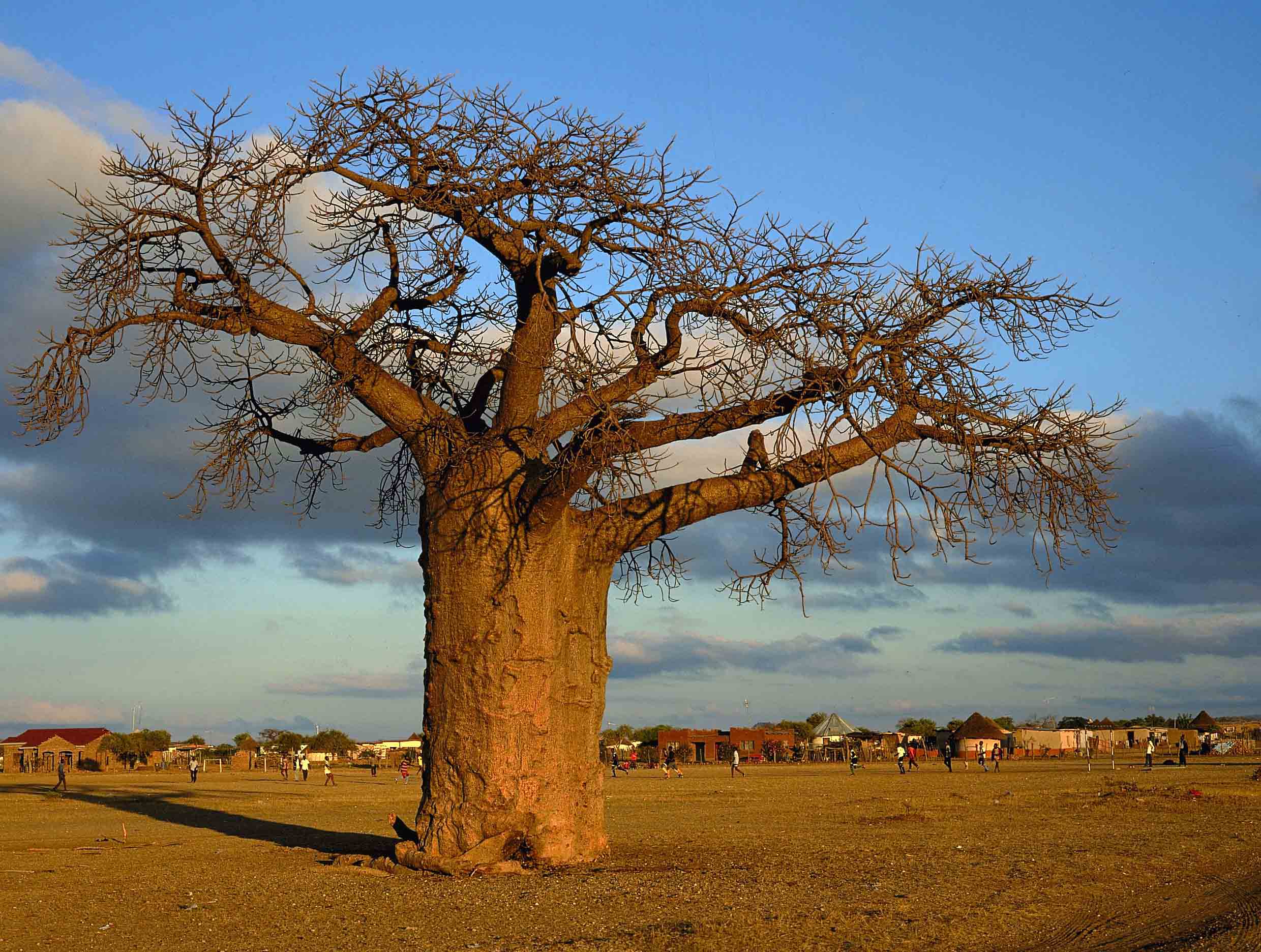 By South African Tourism from South Africa (Baobab in the Veld, Limpopo, South Africa) [CC BY 2.0 (https://creativecommons.org/licenses/by/2.0)], via Wikimedia Commons

“The African baobab is a remarkable species. Not only because of it’s size and lifespan but also in the special way it grows multiple fused stems. In the space between these stems (called false cavities) bark grows, which is unique to the baobab.

…They also have more than 300 uses. The leaves, rich in iron, can be boiled and eaten like spinach. The seeds can be roasted to make a coffee substitute or pressed to make oil for cooking or cosmetics. The fruit pulp has six times more vitamin C than oranges, making it an important nutritional complement in Africa and in the European, US and Canadian markets.

Locally, fruit pulp is made into juice, jam, or fermented to make beer. The young seedlings have a taproot which can be eaten like a carrot. The flowers are also edible. The roots can be used to make red dye, and the bark to make ropes and baskets.

Baobabs also have medicinal properties, and their hollow trunks can be used to store water. Baobab crowns also provide shade, making them an idea place for a market in many rural villages. And of course, the trade in baobab products provides an income for local communities. Baobab trees also play a big part in the cultural life of their communities, being at the centre of many African oral stories. They even appear in The Little Prince.

…Baobab trees are not only useful to humans, they are key ecosystem elements in the dry African savannas. Importantly, baobab trees keep soil conditions humid, favour nutrient recycling and avoid soil erosion. They also act as an important source of food, water and shelter for a wide range of animals, including birds, lizards, monkeys and even elephants – which can eat their bark to provide some moisture when there is no water nearby. The flowers are pollinated by bats, which travel long distances to feed on their nectar. Numerous insects also live on the baobab tree…”

‹ Urban ‘Forests’ Can Store Almost As Much Carbon As Tropical Rainforest

Sacred Sites Have a Biodiversity Advantage that Could Help World Conservation ›