The Birds That Guard Brunch 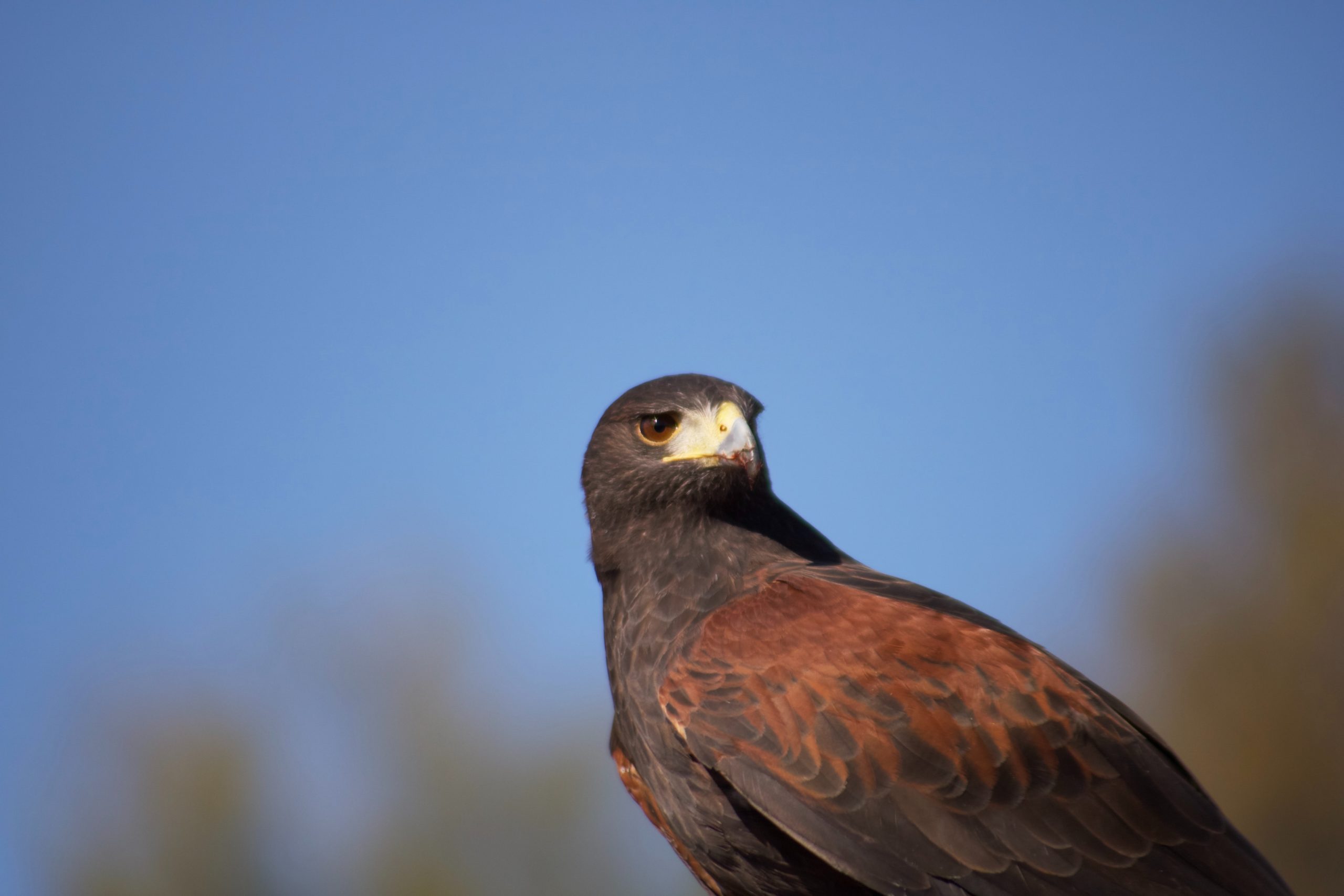 This article was originally published on Audobon.

“On a toasty October morning in Scottsdale, Arizona, guests eating oatmeal and eggs on the covered patio at The Phoenician hotel’s restaurant were taken aback to see a man strolling around with a hawk on his leather-clad arm. A few took out their phones to snap a photo.

Shannon McQuerrey, a master falconer for more than 20 years, and his Harris’s Hawk Calvin weren’t there to grab brunch—they were there to guard it. Specifically, their job is make sure customers remain undisturbed by noisy grackles that like to pick at plates of food.

…Traditional falconry—using birds of prey to hunt—has been around for thousands of years. But in modern times, companies like McQuerrey’s employer, Falcon Force, also provide raptor-for-hire services as a sustainable, chemical-free, and barrier-free form of pest control. Typically, these firms employ birds of prey to keep watch over valuable crops on farm fields or vineyards, deter flocks from landfills and oil platforms, and other more industrial uses. Now they are increasingly deployed in lower-stakes, recreational scenarios at hotels, pools, and beaches.”

Read on at: Audobon

We Need a Paradigm Shift in Economic Thinking ›