The Capitals Coalition was launched in January 2020 and hosts over 370 leading organizations to accelerate the use of capitals thinking.

The Coalition is supported by our Team, our Advisory Panel and the Capitals Community across seven stakeholder worlds, with representation from across the system. 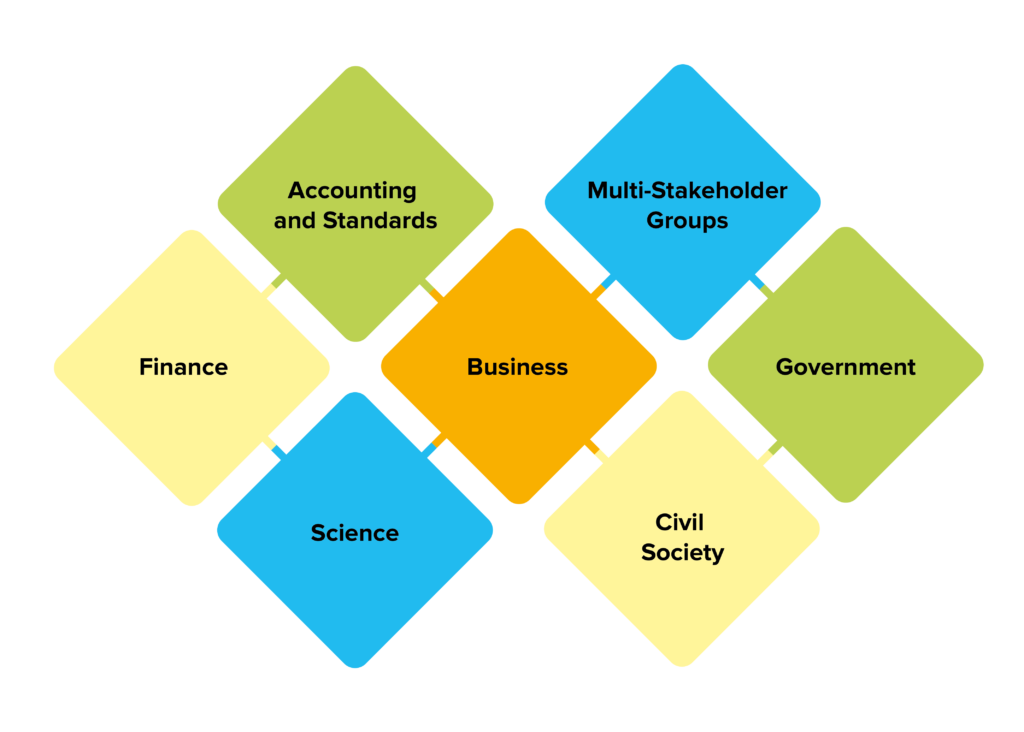 Originally established in 2012 as the TEEB For Business Coalition and hosted by ICAEW, the Natural Capital Coalition quickly became the global leader in mainstreaming natural capital approaches in the private sector, and released the internationally recognized Natural Capital Protocol in 2016.

The Social and Human Capital Coalition was founded by WBCSD in 2018, and brought together those who specialized in measuring the value that people and society create for one another. It released the Social & Human Capital Protocol in 2019.

Both Coalitions developed strong foundations, built broad and diverse communities around this work and spearheaded global programmes to ensure that the value of nature and people sits alongside financial value in the minds of decision makers at all levels. As the two Coalitions continued to flourish, it became increasingly clear that natural, social, human and economic issues are fundamentally interconnected, and that they must be addressed together.

As the united Capitals Coalition, collaboration is central to our work and we believe that it is only by fostering close partnerships within our network that we will achieve a unique overview of the landscape, and identify the opportunities for our community to deliver transformative change.

Coalition organizations share a common belief that we can do more together than we can alone, and an understanding that it is only by bringing the many different parts of the system together as part of a purpose-led conversation that we can we affect real change.