The Net Positive Project: Helping Business Put Back More into Society and Environment than it Takes Out 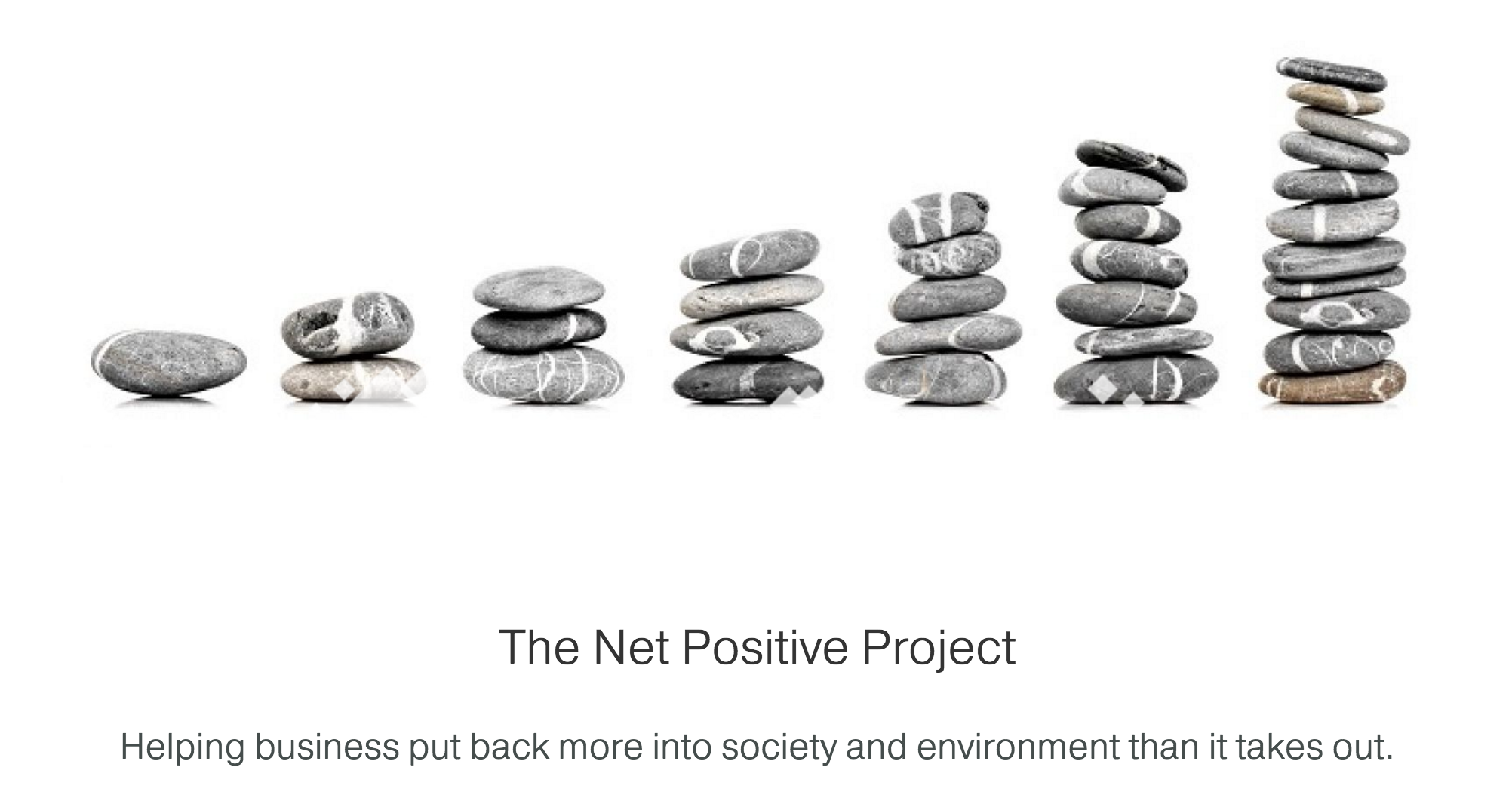 Net Positive is a new way of doing business which puts back more into society, the environment and the global economy than it takes out.

Organisations that take a Net Positive approach share an ambition to grow their brand, have strong financial performance and attract the brightest talent. Spread across the private, public and not-for-profit sectors, they recognise that business is a marathon, not a sprint, along new routes that are still emerging. The destination for each is the same: to become thriving organisations that deliver benefits that extend far beyond traditional organisational boundaries.

Becoming Net Positive requires organisations to be ambitious and plan for long-term success. They have to go beyond risk avoidance and incremental improvements and start to innovate.

The newly founded Net Positive Project opens its arms to all organisations committed to becoming Net Positive. It is made up of several of the founder NPG members (please see below), as well as a breadth of other businesses, NGOs and academics, including BSR and Gregory A. Norris, co-director of SHINE.

At its launch on 7 June 2016 at Sustainable Brands San Diego, the Net Positive Project set out a five-year vision of what a successful Net Positive movement will look like, and fleshed out a road map for how we will get there.

The project aims to establish itself as the global authority on Net Positive, making it a standard way for companies to quantify, assess and enhance their positive impacts. The project will have an ongoing responsibility for developing resources, such as best practice, guidance and tools, aligning Net Positive with other parallel movements such as Circular Economy, strengthening the theory and driving awareness and engagement.