The Relationship between Social Value Principles and the Natural Capital Protocol 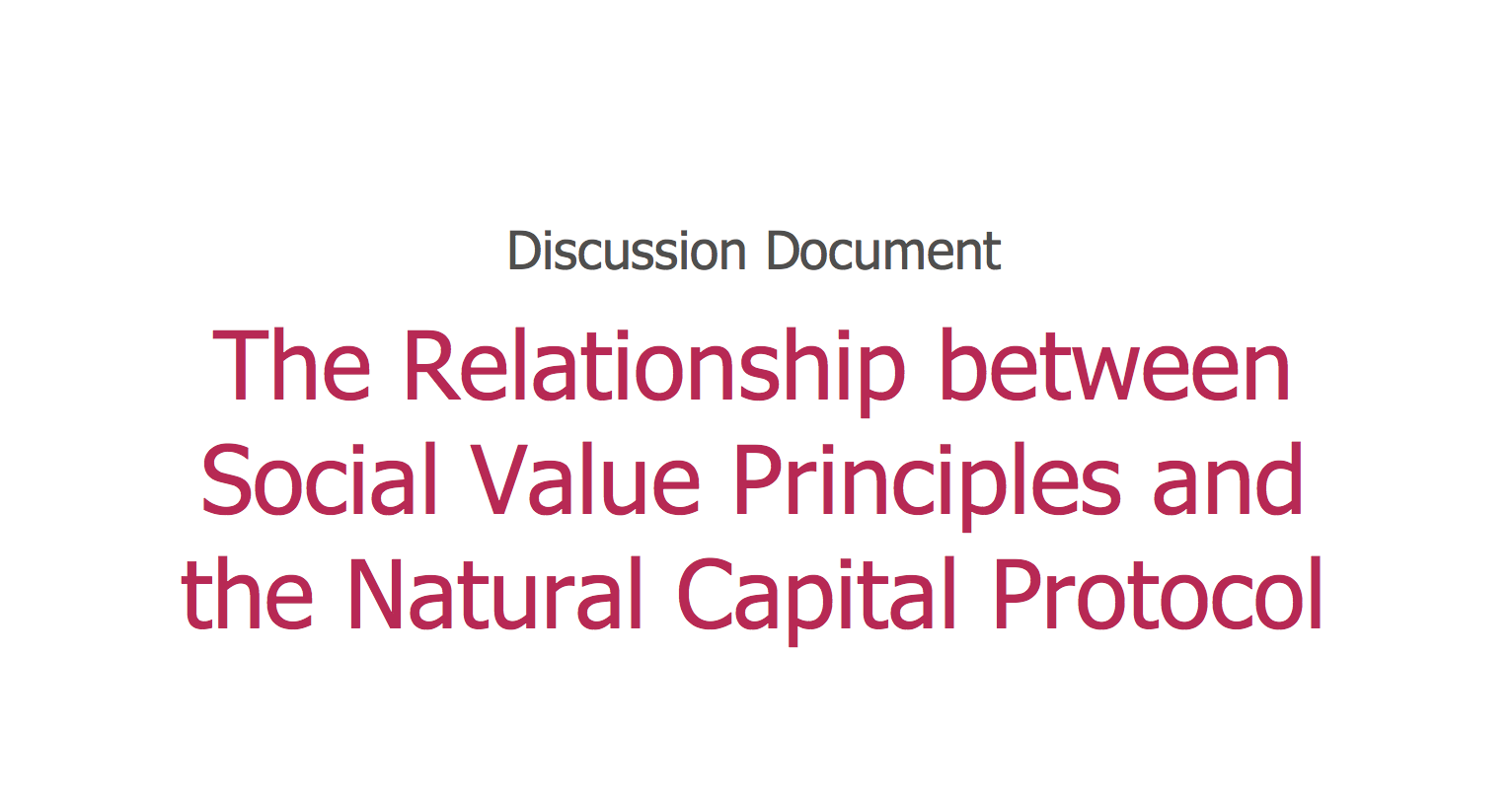 This discussion paper was developed by Social Value UK.

“Approaches to understanding and valuing social and environmental value have evolved considerably in recent years. Two principal frameworks are Social Value International’s Social Value Framework, which primarily focuses on social value, and the Natural Capital Coalition’s Protocol, which primarily focuses on natural capital. By understanding these two approaches and how they relate to one another, users can more easily understand how to use them together to account for the changes that matter.”

“All of the capitals are connected and it is impossible to separate one form of capital from another. There is already significant compatibility between the Social Value International approach and that of natural capital and I look forward to building even closer connections in the future.”

“In response to the dramatic disruption and depletion of natural systems by economic activity, better ways of measuring, valuing, and managing the natural systems upon which our well-being relies are clearly needed. Several frameworks and tools have been developed to address this challenge. Among them, the Natural Capital Protocol (hereafter ‘Protocol’), launched in July 2016, has harmonised other approaches to enable businesses to assess the impacts and dependencies of their activities on Natural Capital, and this has gained traction globally. Alongside this, Social Value International’s Social Value Principles and methodology, whilst always accounting for both social and environmental change, have focused primarily on social change.

This paper seeks to explore the level of similarity between Social Value Principles and Framework and those of the Protocol. It is hoped that this document will provide a useful point of reference for practitioners who face the challenges of measuring both environmental and social changes.

By articulating the ways in which the two approaches relate to each other and by recognising their differences practitioners can compare and decide whether either approach, or both, makes sense for a given problem or decision-making context.

Similarities between the two approaches:

Where Do Urban Animals Go When Their Habitats Disappear? ›