Threatened Birds & Mammals Have Irreplaceable Roles in the Natural World 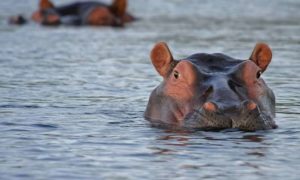 “A new study led from the University of Southampton has shown that threatened birds and mammals are often ecologically distinct and irreplaceable in their environment.

…The research was led by Dr. Robert Cooke, visiting researcher at the University of Southampton and postdoctoral researcher at the University of Gothenburg. He said: “The most ecologically distinct species often have unique roles in their environment but they are not directly prioritized in current conservation plans. This blind spot means that ecologically important species may be lost.”

…The roles that ecologically distinct species have in the ecosystems they inhabit are wide ranging. Herbivores such as elephants and hippopotamus can impact vegetation structure and nutrient cycling, while predators, such as white-tailed sea-eagle, leopard, grey wolf and puma can prevent overgrazing, enhance productivity and limit the spread of disease.