To Bloom it May Concern: Kyoto’s Hotels Booked Up Six Months in Advance of Cherry Blossom Season 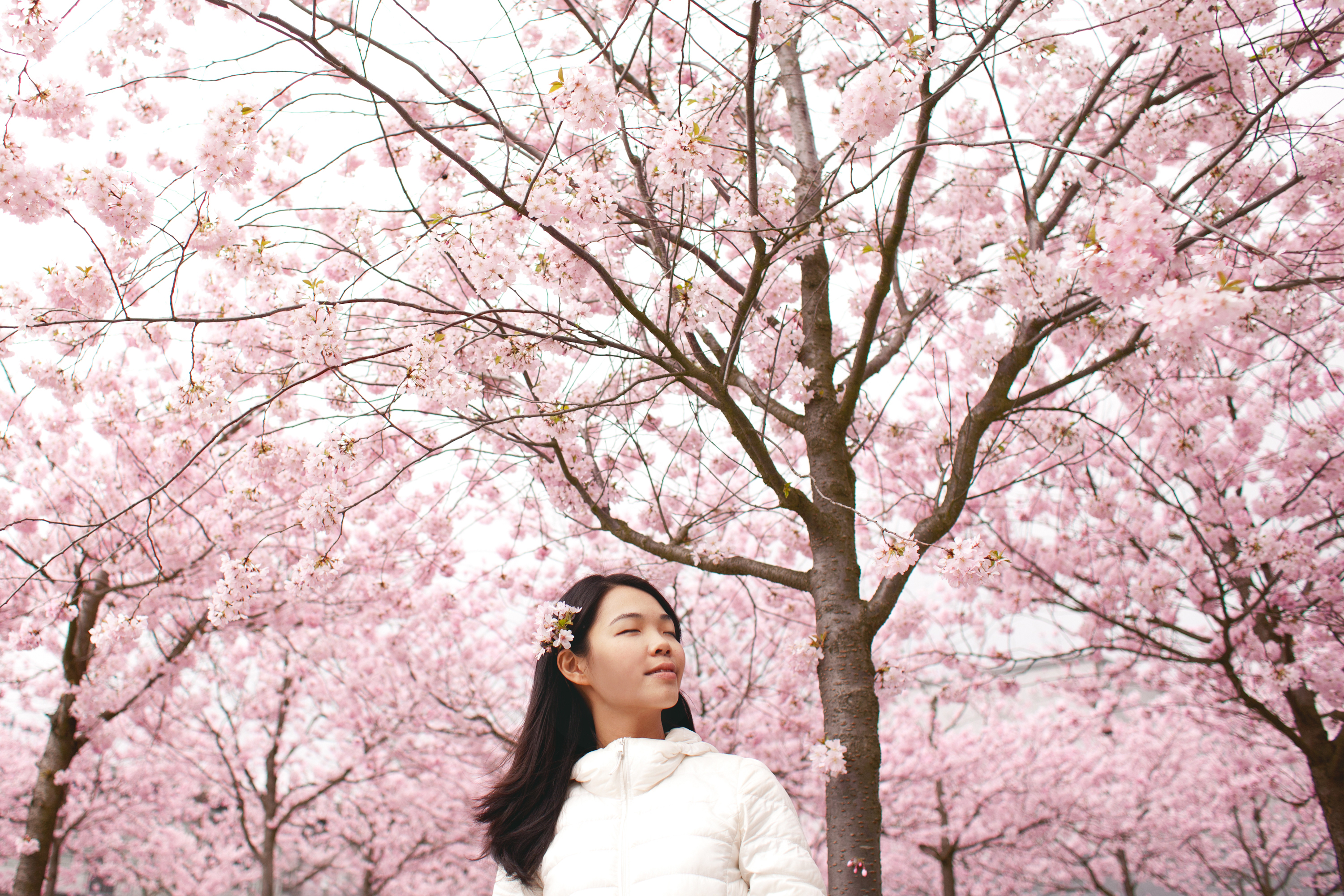 HANAMI, the Japanese custom of contemplating the impermanence of life by gazing at the fleeting beauty of blossoming flowers, goes back a long way. “The Tale of Genji”, a tenth-century masterpiece that is perhaps the world’s first novel, devotes a chapter to the cherry-blossom festival staged in the emperor’s great hall. Diarists have keenly chronicled the comings and goings of cherry blossoms for centuries—records from Kyoto, the old capital, date back 1,200 years. This precious, ancient data set reveals a disturbing trend: in recent decades, the blossoms have emerged much sooner than they once did.

From its most recent peak in 1829, when full bloom could be expected to come on April 18th, the typical full-flowering date has drifted earlier and earlier. Since 1970, it has usually landed on April 7th. The cause is little mystery. In deciding when to show their shoots, cherry trees rely on temperatures in February and March. Yasuyuki Aono and Keiko Kazui, two Japanese scientists, have demonstrated that the full-blossom date for Kyoto’s cherry trees can predict March temperatures to within 0.1°C. A warmer planet makes for warmer Marches. The usual full-blooming date in Washington, DC, whose cherry-blossom festival is a relative newcomer (it launched in 1927), has also moved up by five days since the first recorded date in 1921. 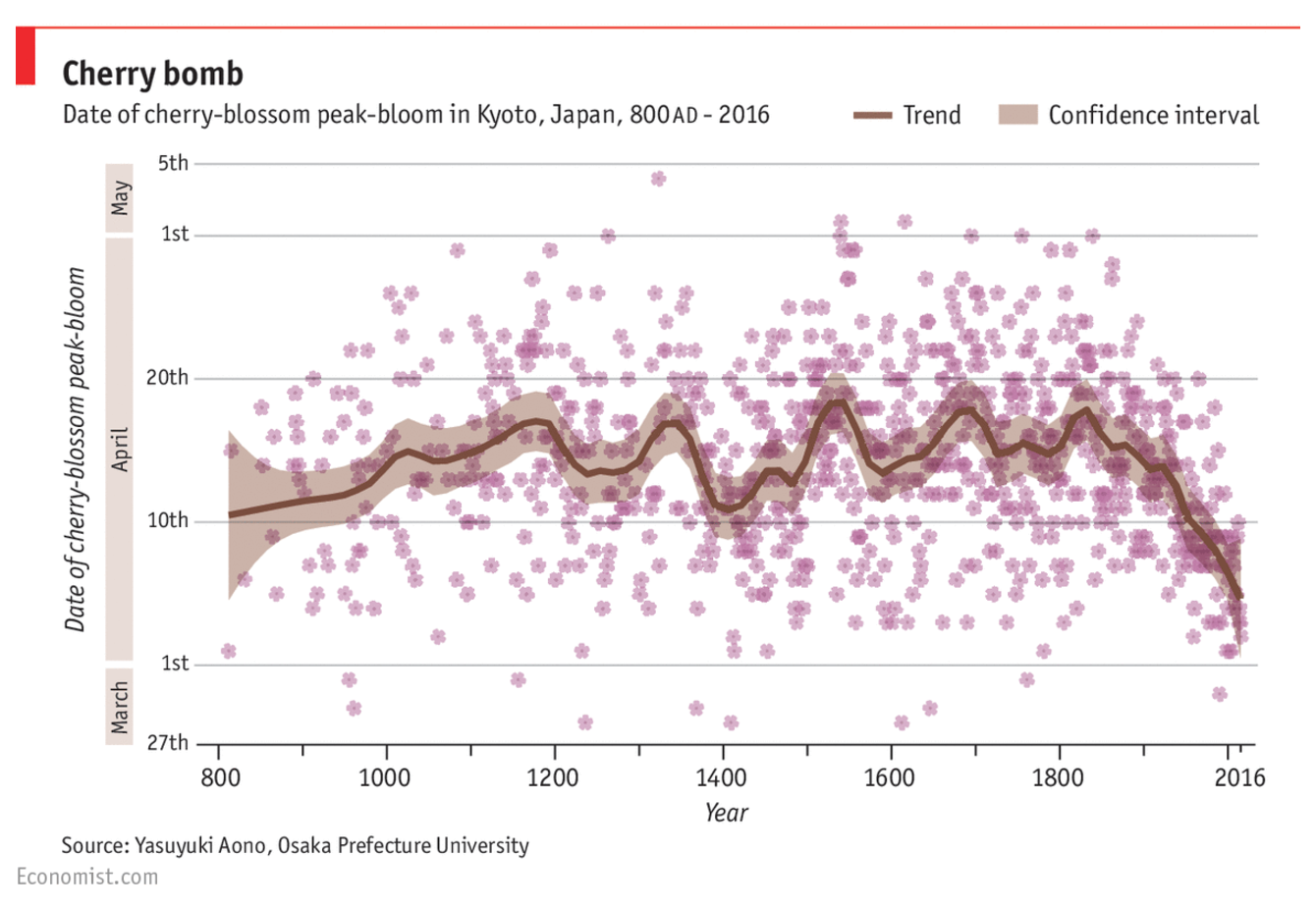 Visitors hoping to catch a glimpse of the blossoms in all their splendour will now have to wait another year. Kyoto’s hotels are often fully booked six months in advance of sakura (cherry-blossom) season. Still, should you wish to celebrate from afar, we would suggest Motojiro Kajii’s delightful, oft-quoted poem “Under the Cherry Blossoms”, which begins with the less-than-cheery line: “There are bodies buried beneath the cherry trees.”…”

‹ Nature Is Talking, Are Businesses Listening?

The Endangered Species Back from the Brink of Extinction ›