Tropical Forests have Flipped from Sponges to Sources of Carbon Dioxide 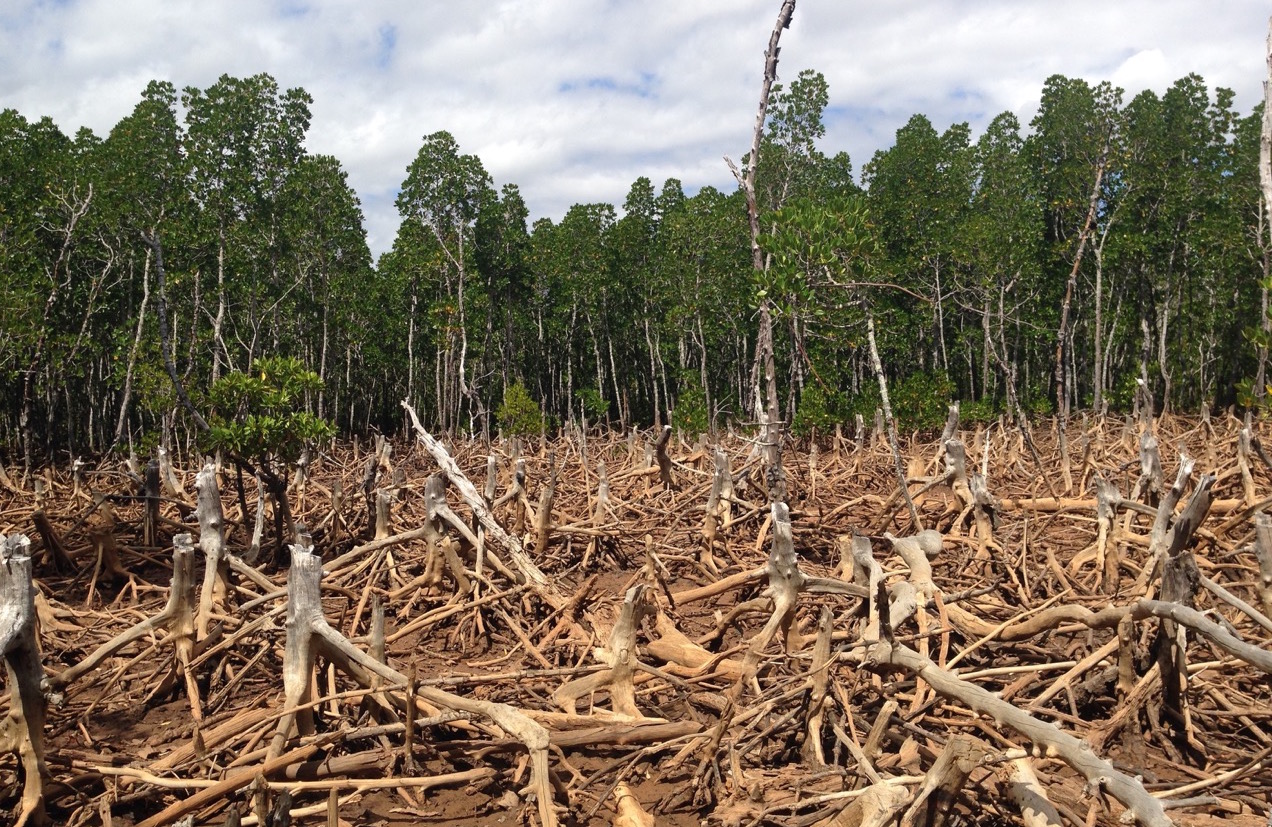 By Cunningchrisw (Own work) [CC BY-SA 4.0 (https://creativecommons.org/licenses/by-sa/4.0)], via Wikimedia Commons

“The world’s tropical forests are exhaling — and it’s not a sigh of relief. Instead of soaking up climate-warming gases on balance, these so-called “lungs of the planet” are beginning to release them.

A new study based on analyses of satellite imagery of tropical Asia, Africa and the Americas suggests that tropical forests contribute more carbon dioxide to the atmosphere than they remove. Much of that carbon contribution is due to deforestation, the conversion of forests to urban spaces such as farms or roads. But more than two-thirds comes from a less visible source: a decline in the number and diversity of trees in remaining forests, researchers report online September 28 in Science.

Tropical forests are a bulwark against rising carbon dioxide in the atmosphere, taking up carbon and storing it as stems, leaves and roots. Deforestation’s effect is clear; it cuts the number of trees that take up CO2. But even seemingly intact forests can be degraded or disturbed by selective logging, environmental change, wildfires or disease.

Unlike deforestation, which is easy to see in satellite images, these other kinds of degradation can be hard to spot, says study lead author Alessandro Baccini, a forest ecologist and remote sensing specialist at the Woods Hole Research Center in Falmouth, Mass. A degraded forest still looks like forest — it’s just less dense, containing less carbon biomass…”