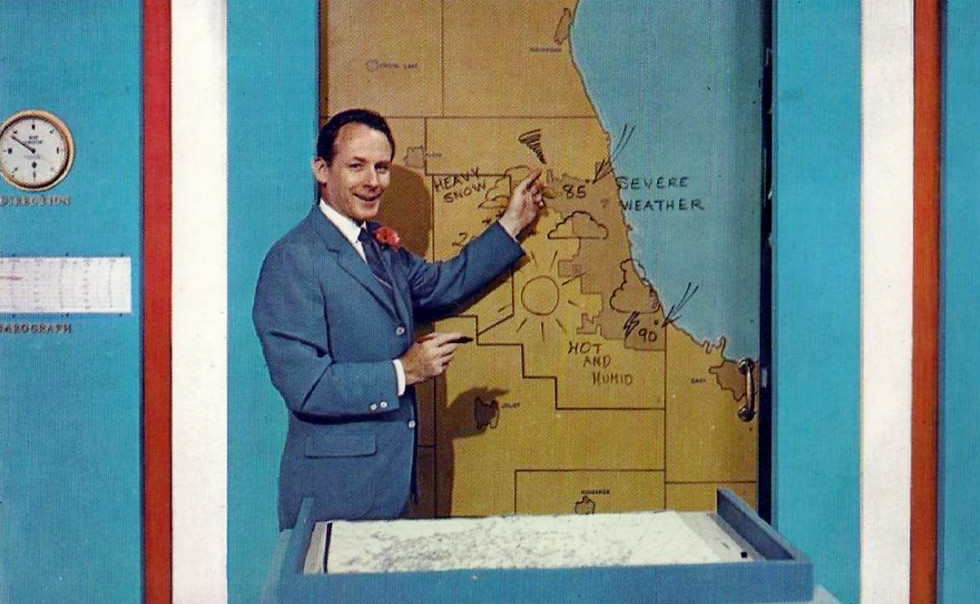 By WGN Radio and Television (eBay front back) [Public domain], via Wikimedia Commons

“As climate change alters our daily lives, TV meteorologists find new ways to engage audiences around changes they’re experiencing in their own backyards

KOLR10 News TV meteorologist Elisa Raffa wanted to tell her viewers about climate change, so she started with beer. “Beer is mostly water, right?” the Springfield, Missouri, reporter says. “One of our local breweries gets the water they use from a nearby lake. Well, because temperatures are going up there has been an algae bloom in the lake. It’s not a dangerous bloom — but it impacts the taste of the water and, of course, the beer.”

Mother’s Brewing Company also buys produce like peaches and cucumbers from local farmers, Raffa says. Those fresh fruits and veggies give brews like the Sunshine Chugsuckle and the Uncanny their signature flavor. But between increasingly violent hail storms and early blooms on the peach trees that then get hit with late freezes, that produce is in trouble. Mother’s and other Missouri brewers may have to turn to imported, frozen products. “And that not only impacts taste, it harms the local economy,” Raffa says.

…For years, TV meteorologists were hesitant to talk about climate change. Climatological views — the long-term trends and patterns that influence weather — were not part of their education. Their time on air is limited. Some stations may discourage climate change talk. Many meteorologists simply feel it isn’t their responsibility. And some are concerned about how it might affect their ratings and job security…”

‹ Root & Branch, How Forests Underpin the Sustainable Development Goals: A Briefing for Policymakers