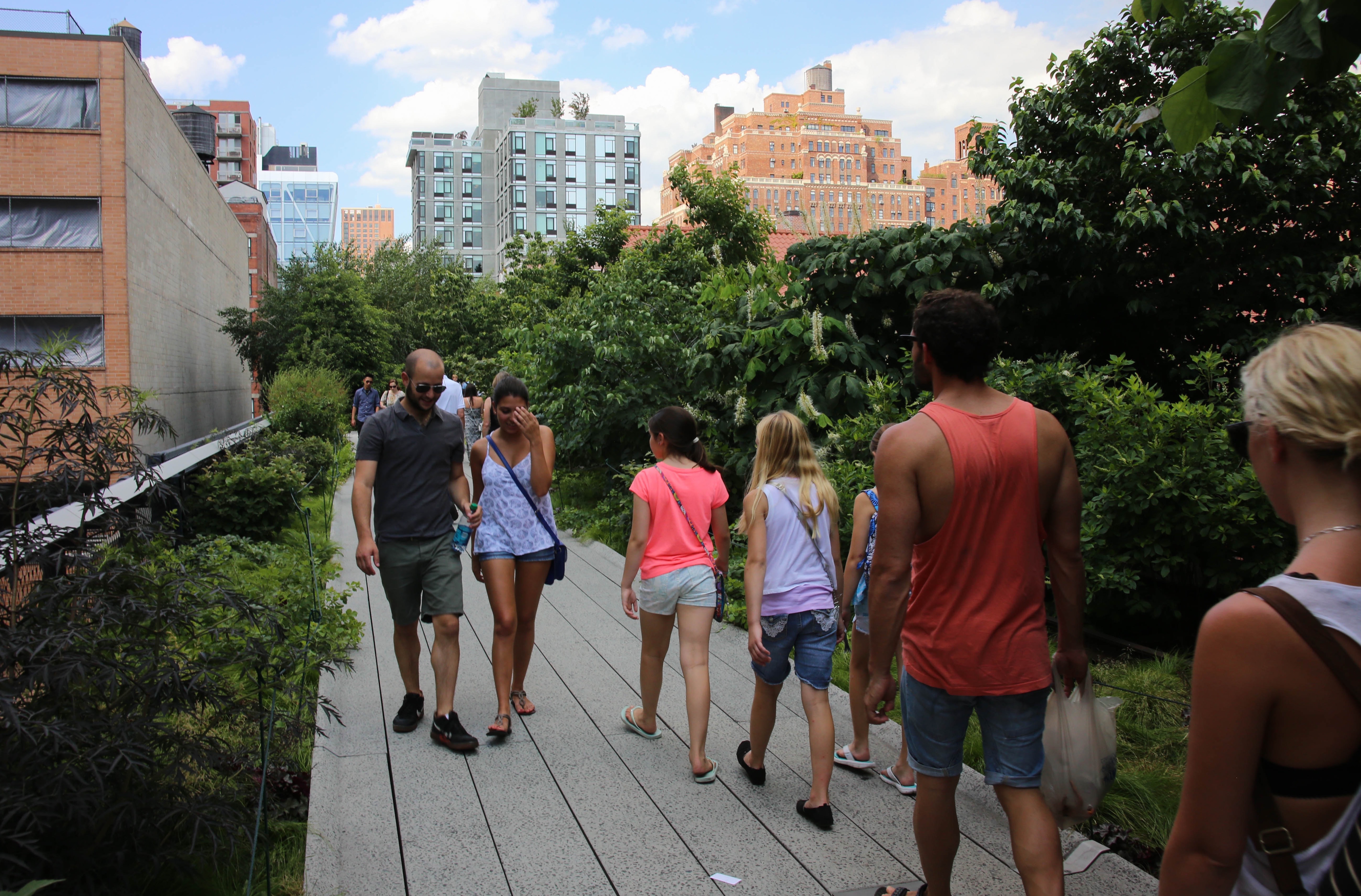 By Paul Sableman (The High Line) [CC BY 2.0 (https://creativecommons.org/licenses/by/2.0)], via Wikimedia Commons

“Greenways are great for cyclists and strollers, runners and walkers, but do they really reduce carbon emissions, as city planners hope? A new study provides some of the first direct proof that they do.

UBC researchers surveyed people living near Vancouver’s Comox-Helmcken Greenway the year before and after its completion in 2013. About half of the 585 participants lived within 300 metres of the greenway, and the rest were within a 500-metre radius. Results showed that the closer group (300 metres) reduced their daily car or bus travel distance by 18 per cent after the greenway was built.

“These participants logged 2.8 kilometres of car or bus travel per day, compared to 3.4 kilometres the year before,” said Victor Douglas Ngo, the study’s first author and a researcher at the health and community design lab at UBC. “Less commuting also meant they generated 21 per cent less travel-related emissions, producing 520 grams of emissions a day, from 660 grams the previous year.”

The group that lived more than 300 metres away did not show the same reductions in car or bus travel. Their motorized travel actually increased by 37 per cent to an average of 2.6 kilometres per day per person, from 1.9 kilometres previously. In addition, their average individual carbon emissions grew to 510 grams per day, from 330 grams previously…”

‹ Advance the Ecosystem Approach in Cities

Pathogenic Marine Bacteria “Reduced by 50% when Seagrass Meadows Are Present” ›