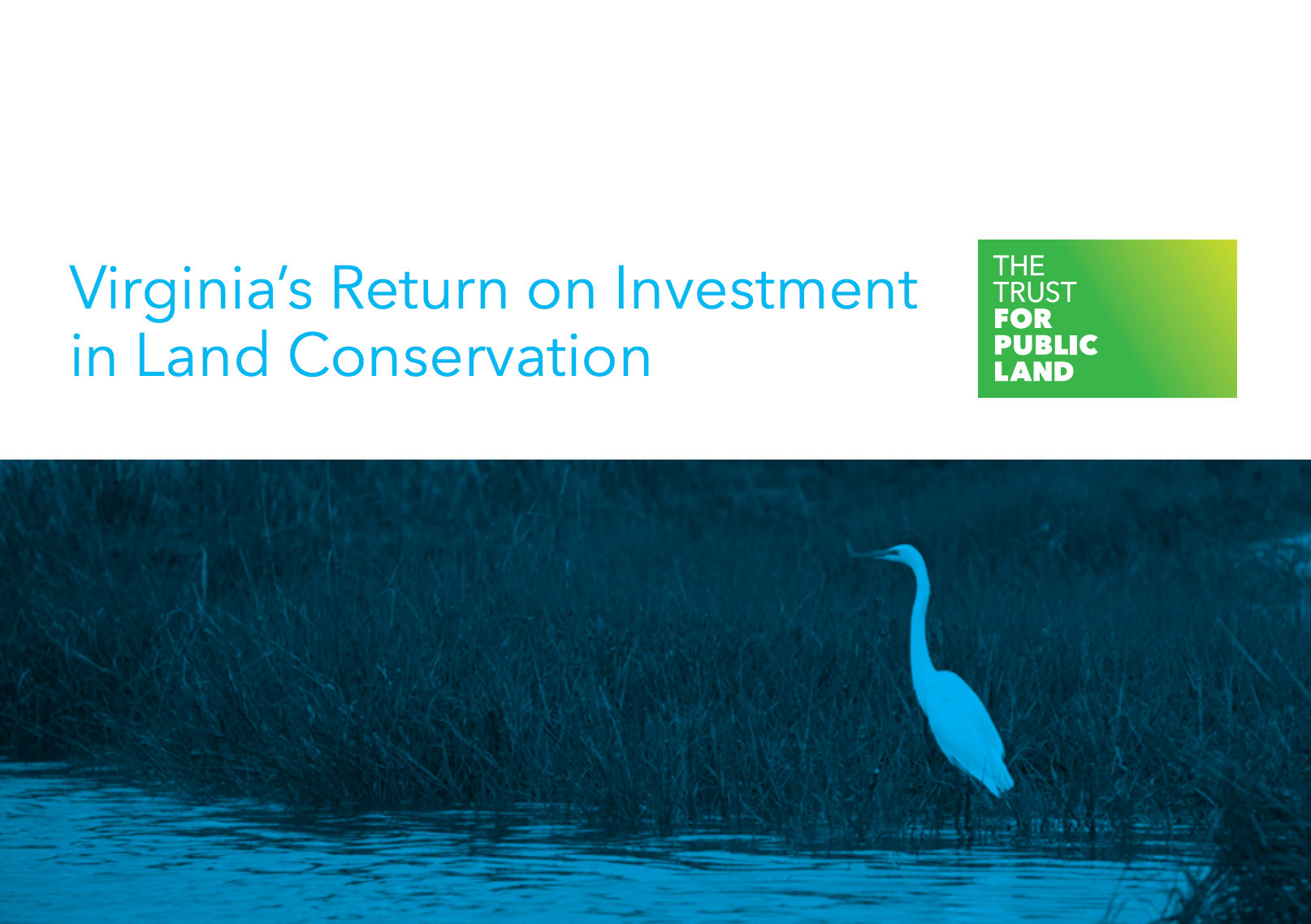 Virginia’s landscape is diverse and beautiful—covered by forests, mountains, farms, lakes, rivers, and coastal beaches. Residents and visitors benefit from the varied geography and natural resources that extend from the Allegheny Mountains to the Shenandoah River Valley, the Blue Ridge Mountains to the Piedmont Plateau, and the Chesapeake Bay to the Atlantic Coast.

As of February 2015, over 3.95 million acres, or 15.6 percent of Virginia’s total land area, have been permanently conserved across the state, including lands owned and managed by federal agencies, such as the National Park Service, state and local parks, forests, wildlife areas, and nature preserves.2 Also included are lands that have been conserved through conservation easements held by the Virginia Outdoors Foundation, as well as by other state and local agencies and nonprofit organizations.3 These lands provide economic benefits to local communities and the people of Virginia in the form of natural goods and services, opportunities for tourism and outdoor recreation, support for working farms and forests, increased quality of life that attracts business and employees, avoided costs on expensive infrastructure, and places to improve health through exercise. The Commonwealth of Virginia has long recognized the importance of investing in conservation to support these critical benefits and has well-established policies, programs, and incentives to support land conservation, including the Virginia Land Preservation Tax Credit.

The economic analysis conducted for this report focuses on a subset of conserved lands in Virginia —those lands that have been conserved, through fee simple purchase and purchase of conservation easements from willing sellers, using state dollars. The goal of the analysis was to better understand the return on Virginia’s direct investment in land conservation, whether those dollars are from general obligation bonds that are made available periodically for state land acquisition, or through state grant programs, which usually receive a modest amount of funding annually through the General Fund.

This study does not include lands that have been donated outright or conserved through a donation of a conservation easement by landowners who have received a Virginia Land Preservation Tax Credit (LPTC). While the LPTC plays an important role in conserving land in Virginia, spatial data linked to tax credits claimed for the individual properties conserved are not available, likely due in part to taxpayer confidentiality. The Joint Legislative Audit and Review Commission (JLARC) has studied the effectiveness of the LPTC in the context of other tax preferences in the Commonwealth of Virginia and has concluded that the LPTC is meeting its intended public policy goal of conserving land

‹ The Business Case for Conserving Land in Virginia