We Have a Chance to Halt Biodiversity Loss. The Stakes Have Never Been Higher 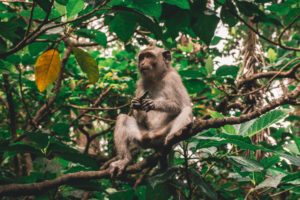 “The year 2020 has been designated a “super year for nature”, when the global community will rededicate itself to halting biodiversity loss with a 10-year action agenda, scheduled for agreement at the conference of the parties to the UN Convention on Biodiversity (CBD) in Kunming in China in October.

On 13 January we published an initial “zero” draft of an action framework, which will be considered at negotiations being held in Rome from 24 February.

…The proposed framework recognises that action globally, regionally, nationally, and locally is required to transform economic, social and financial systems in order to stabilise biodiversity loss and allow ecosystems to recover. Governments and societies need to determine priorities and allocate financial and other resources, internalise the value of nature, and recognise the cost of inaction. Only then can we achieve the shared vision of “living in harmony with nature by 2050”, agreed by world governments 10 years ago.

…The challenge is how we will get to this brighter future from today’s uncertain world. Every government is needed, every organisation, and every citizen. Not only should no one be left behind, everyone should be fully engaged.”