What’s So Important About Bats? 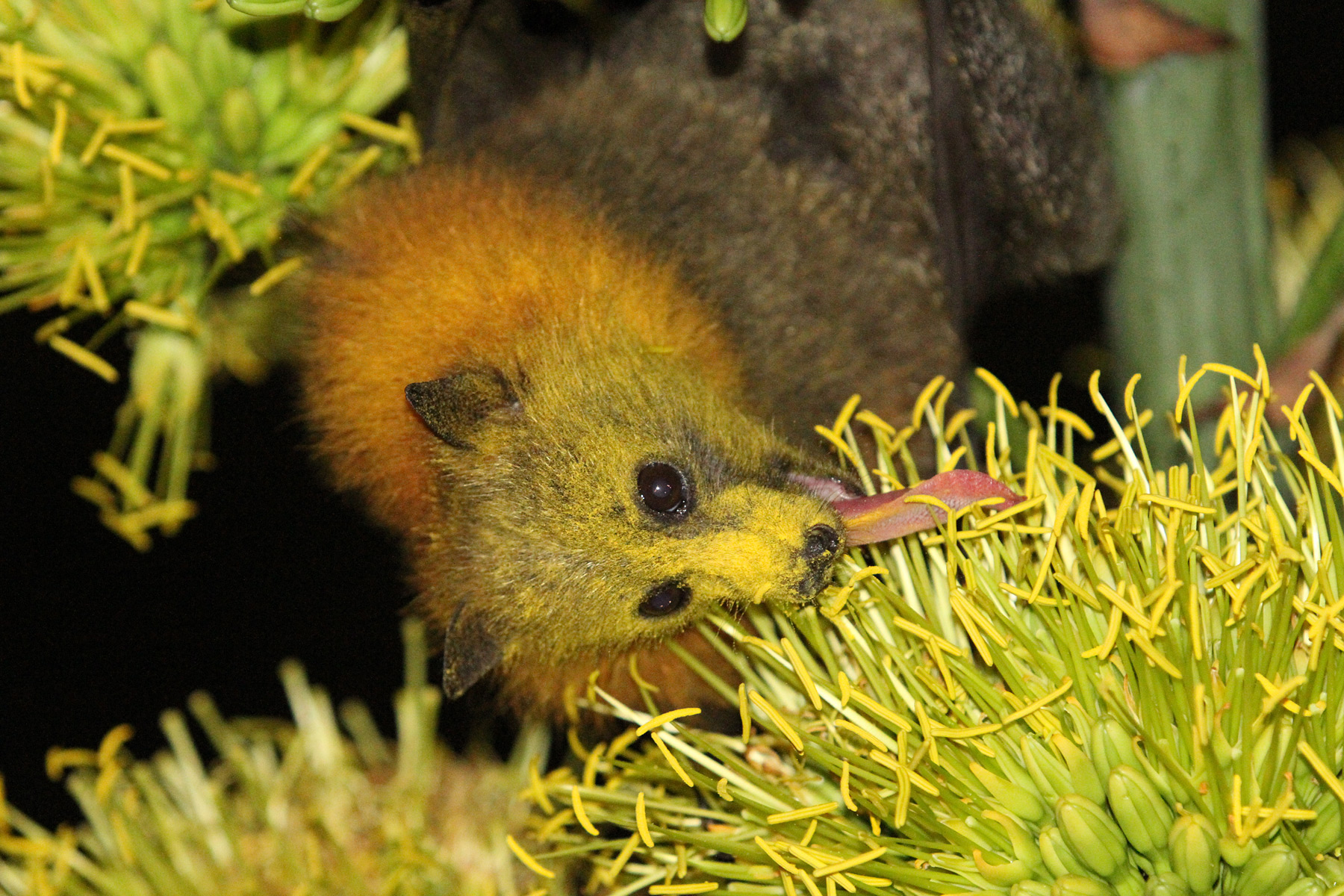 Grey-headed Flying Fox (Pteropus poliocephalus) eating flower nectar. The face and fur of this bat being covered with yellow pollen provides a good visual example of the role that bats have in pollinating Australian trees and bushlands. By Andrew Mercer (www.baldwhiteguy.co.nz) (Own work) [CC BY-SA 4.0 (http://creativecommons.org/licenses/by-sa/4.0)], via Wikimedia Commons

This article was originally published on Bat Conservation International.

“The Earth without bats would be a very different and much poorer place. More than 1,300 species of bats around the world are playing ecological roles that are vital to the health of natural ecosystems and human economies.

Many of the more than 1,300 bat species consume vast amounts of insects, including some of the most damaging agricultural pests. Others pollinate many valuable plants, ensuring the production of fruits that support local economies, as well as diverse animal populations. Fruit-eating bats in the tropics disperse seeds that are critical to restoring cleared or damaged rainforests. Even bat droppings (called guano) are valuable as a rich natural fertilizer. Guano is a major natural resource worldwide, and, when mined responsibly with bats in mind, it can provide significant economic benefits for landowners and local communities.

Bats are often considered “keystone species” that are essential to some tropical and desert ecosystems. Without bats’ pollination and seed-dispersing services, local ecosystems could gradually collapse as plants fail to provide food and cover for wildlife species near the base of the food chain. Consider the great baobab tree of the East African savannah. It is so critical to the survival of so many wild species that it is often called the “African Tree of Life.” Yet it depends almost exclusively on bats for pollination. Without bats, the Tree of Life could die out, threatening one of our planet’s richest ecosystems…”

Read on at: Bat Conservation International.