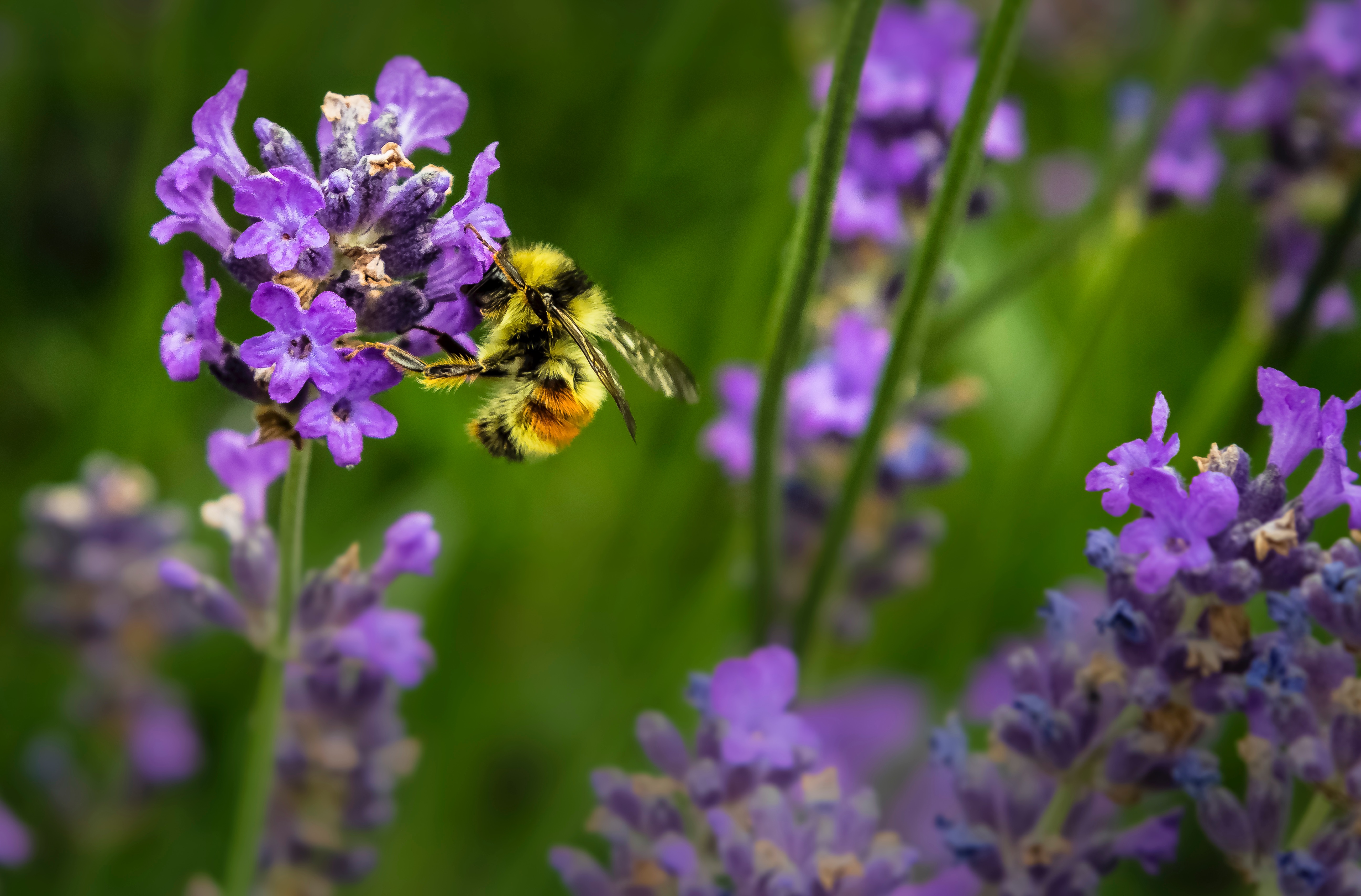 “Each morning last summer, Michael Roswell walked through restored meadows and abandoned New Jersey farm fields, where leggy grasses and weeds grew unchecked and thick patches of bee balm, black-eyed Susans, mountain mints, goldenrod and purple-loosestrife added shots of magenta, yellow, and white. Each time a bee landed, Roswell would swing his sweep net, capturing the insect so he could identify it by species. A doctoral student at Rutgers University, he was trying to answer a seemingly simple question: What kinds of flowers do bees like?

The answer may be complicated. A recent analysis by researchers at the U.S. Geological Survey detected genetic material from more than 260 different flowering plant groups in the pollen of North Dakota honeybees. And honeybees are just one species: All told, the U.S. Department of Agriculture estimates there are more than 4,000 bee species in the United States alone.

But finding an answer could be an important piece of the puzzle when it comes to combating steady declines of native bee populations and honeybee colony losses. Bees survive on nectar and pollen from flowering plants. Large-scale landscape change — loss of wildflower-rich prairies to crop monoculture or conversion of open lands to suburban development, for instance — is a threat to pollinators and may play a major role in declines by making it harder for bees and other pollinators to find a meal…”

‹ COPtimism: 5 Reasons to Be Optimistic About Our Future Climate