What’s The Point Of Wasps? 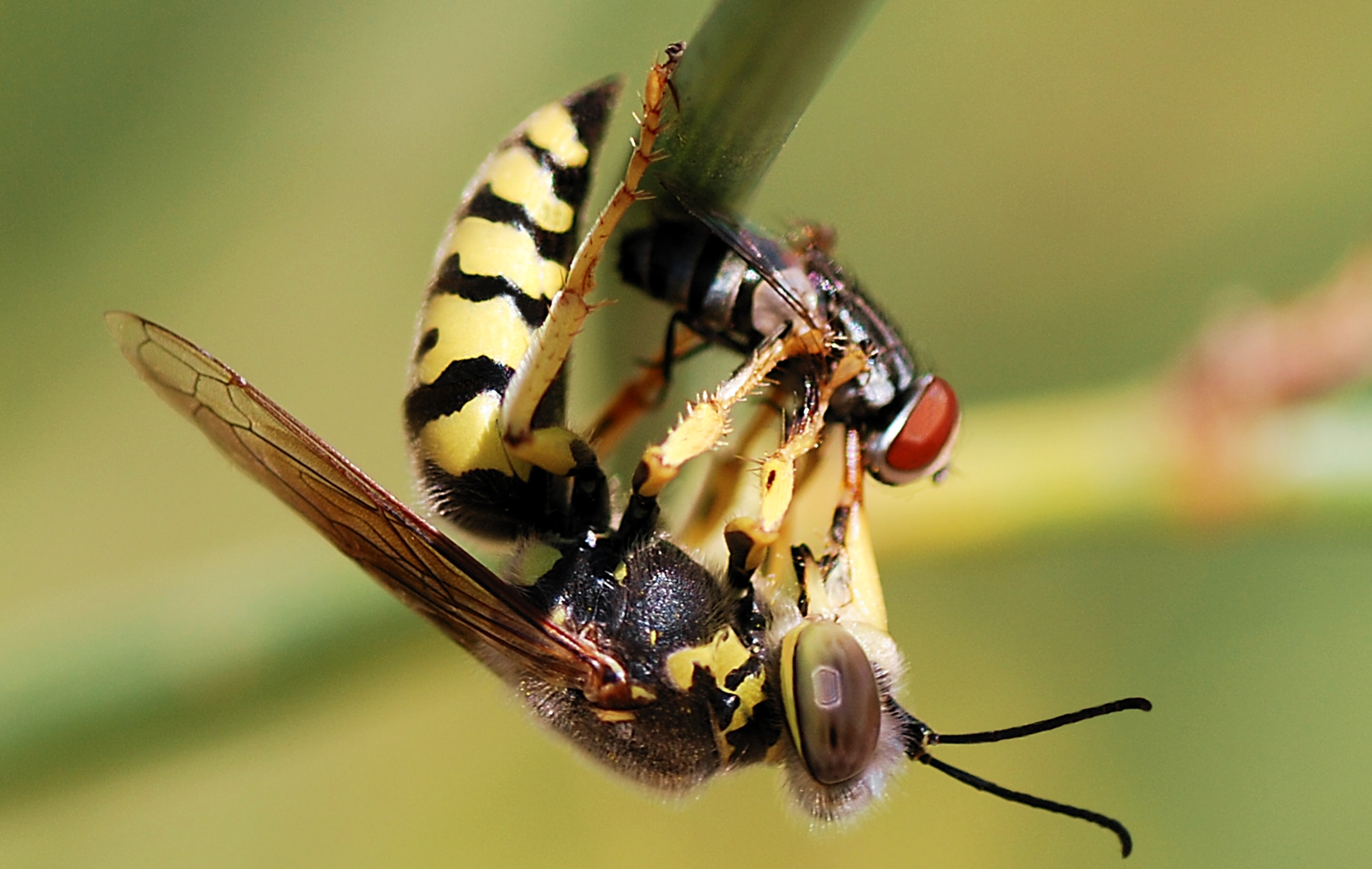 This article was originally published on Mastering Entomology.

“‘But seriously, what is the point of wasps?’ This is a question I often find myself being asked. Unlike their cute, somewhat fluffy cousins, the bees, it seems people have a much harder time accepting wasps. Indeed, they often find themselves on the wrong end of extreme prejudice with people willing to swat them without hesitation; there is even an ‘anti-wasp’ internet meme! This ‘speciesism’ should hardly be surprising given the emphasis placed on pollination services provided by the Apiformes. Wasps however, also play an important role in the functioning of our ecosystems; the health of which we rely upon for our very survival.

erhaps the single most important thing that wasps do for us is the provision of ecosystem services though pest control. Many species of social wasp are veracious generalist predators, with each nest capturing and removing many kilograms of arthropod prey from an ecosystem every year (Harris, 1996). Much of this removed biomass is that of species which would otherwise represent significant pests to our agricultural and forestry systems. Wasps can be so efficient at predating on arthropods that in some ecosystems where they have been introduced they actually represent a conservation concern by out-competing native insectivorous birds (Beggs, 2001).

Given this ability to help maintain the functioning of ecosystems, social wasps have occasionally been deliberately employed or encouraged as pest control agents. The introduction of nests has been used to provide successful biological control in production of cotton, tobacco, cabbage, coffee, fruit and timber (Spradbery, 1973). In fact, it is surprising how under-utilised they are considering their apparent ability to effectively control pests. Due to their generalist nature, in many ways social wasps are more highly suited for bio-control than some of some of the specialist species which are currently more widely used. For example, not only will they help maintain populations of multiple pest species below the levels that might affect yield, they are also able to maintain their own populations by utilising various other food sources. This means that their population is not tied to that of the pest species thus there is no ‘lag time’ between the initial outbreak and the time when there are sufficient numbers of predators to have a controlling effect. Furthermore, the social foraging behaviour of wasps causes them to return to sites with abundant food resources, meaning they will concentrate disproportionately at sites with highest pest densities, unlike other biological control agents which tend to distribute themselves more evenly (Richter, 2000). This will allow for more efficient control as the most damage occurs at the sites of greatest pest densities, which will be targeted first by the wasps…”

Read on at: Mastering Entomology.

‹ Why We Need An Integrated Approach to Valuation