When it Comes to Natural Capital, it’s Easy to Forget that We’re on the Same Team 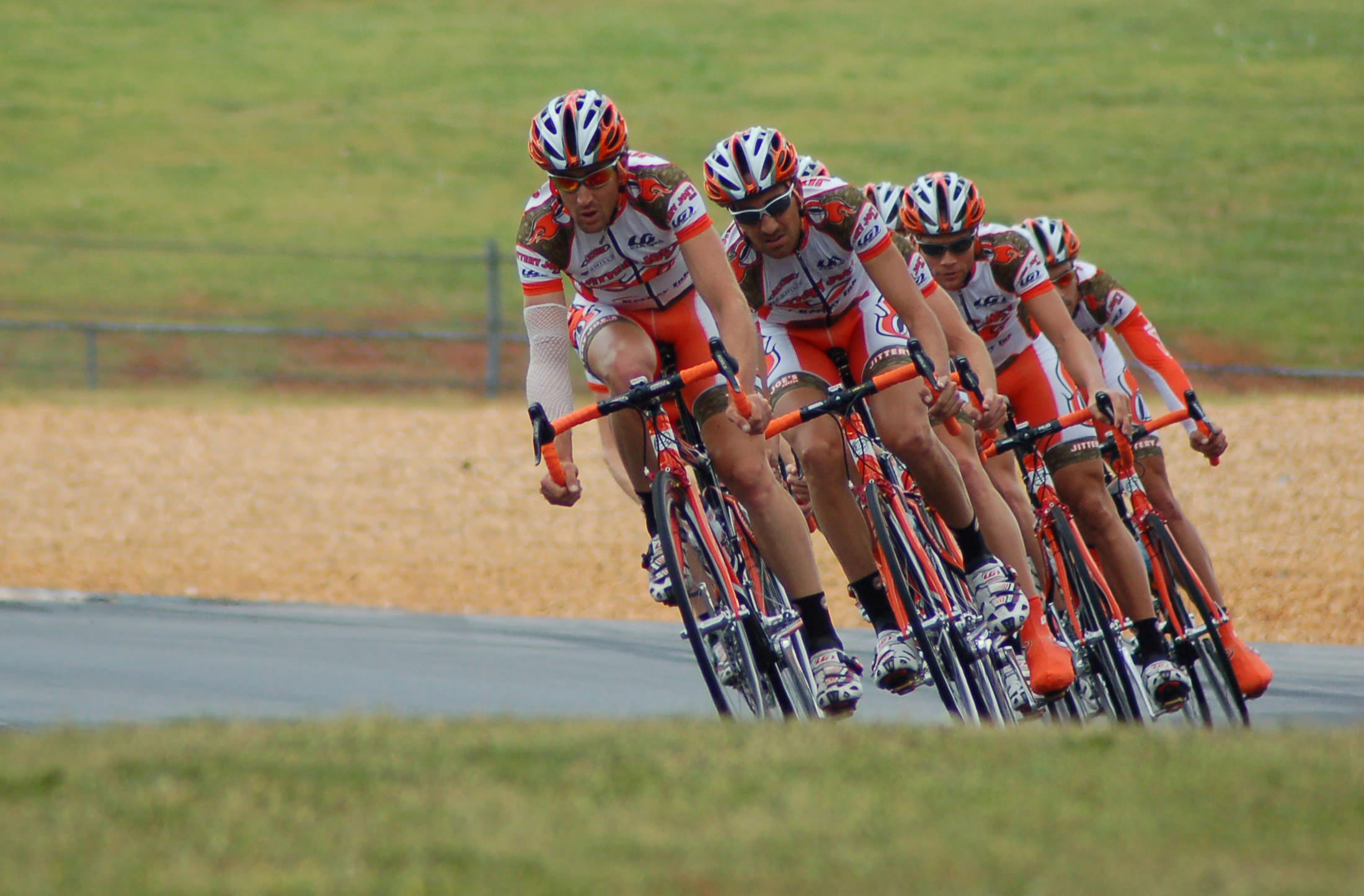 We often feel safer when we’re surrounded by people with complementary views. In few places is this more obvious than at the IUCN World Conservation Congress, where 10,000 passionate and dedicated individuals come together to rally around the conservation of the natural world.

The event takes place every four years, and allows the IUCN, and the conservation community at large, to build consensus about the direction that conservation should take. As you may imagine, there are many different views as to what should and should not be done, and some fierce debate.

At this year’s Congress, the Guardian described a resolution to end the domestic trade in ivory as ‘descending into acrimony‘ as delegates and national representatives fought over the what they believed to be the most effective methods of protecting native elephants populations.

To many, it may appear commonsensical that the legal ivory trade must be immediately abandoned. A recent report detailing that nearly a third of African savannah Elephants have been wiped out between 2007 and 2014 and an understanding of Elephants as ecosystem engineers, may only strengthen this resolve.

However, an awareness that the closure of legal markets will serve to significantly increase global ivory prices, and may subsequently encourage and embolden poachers – many of whom are desperately poor – may give some reason to take pause.

As with any global challenge, conservation is vastly complex, and answers that may appear clear in one light suddenly become opaque when taken in the context of geo-political issues such as poverty, climate change, and globalization.

Based in Hawaii, this year’s Congress sat at a mid-point between the East and the West, (and to some degree, between the North and the South), making it an appropriate venue for a global meeting. The beautiful setting, and its rich biodiversity, serve to remind delegates what’s at stake.

While the natural capital movement has progressed significantly over the last couple of years, it was clear at Congress that there are many who still reject the concept. For some, natural capital approaches are not only an ineffective method of protecting nature and the natural environment, but they actually serve to hasten their demise. This is a narrative reflected by some in the media, most recently in a widely shared article from the Conversation, and most famously by British writer George Monbiot.

Much of this distrust stems from the use of the term we have coined for this work, ‘capital’ and the connections this has to ‘capitalism’. More still stems from the suggestion that such approaches split nature into neat little packages, and place isolated monetary ‘prices’ on each, leaving them open to commodification and privatisation.

The suggestion that we ‘put a price on nature’, is one I am often confronted with. While these concerns are well-intentioned, I believe the charge is a category error. We don’t price nature, we illuminate the value that we already receive from it.

This is a vital distinction. Price and value are not one and the same. You don’t pay a price for the air that you breathe, but does that mean that it holds no value? In this way, we can also communicate the value of clean air, without assigning it a price. This is the aim of natural capital in a nutshell.

Translating this value into monetary terms can certainly be very useful. Financial values are understood near-universally, and allow businesses and governments to make decisions using comparable sets of information. However, monetary valuations are one small element in natural capital, qualified or quantified information is often enough to inform our decisions.

It’s important to remember that even when monetary values are used, this valuation is not a ‘price’ for which the natural capital can be ‘bought’, nor is it ‘commodifying nature’. Rather, it is demonstrating the value that we already receive from the natural world, in ways that allow it to be incorporated into traditional decision making frameworks, leading to better outcomes for all.

If a ‘price’ is used at all, it often reflects the cost of doing nothing. Valuing clean air for instance, does not involve assigning a dollar value to each particle of unpolluted oxygen. It might however value clean air in terms of the financial costs associated with air pollution. If 9,500 people in London die each year from dirty air, the value of clean air should be calculated, (in part), in terms of the financial cost to the NHS. Again, this is not ‘pricing nature’, but highlighting our dependence on its systems in terms we can all understand.

It’s also important to remember that it’s not the ‘separate units‘ of natural capital that are valued, but the services that they collectively provide. So in natural capital, we don’t value an individual bee, or a bee hive, or a collection of bee hives, we value the service of pollination. This works to take ecological complexity into account, by valuing all pollinating insects, their habitats, and the ecosystems (i.e. the other organisms, habitats and phenomena) that allow the pollinating insects to flourish.

I spent a lot of my time at the Congress listening to the concerns of people working on the front line of conservation. We had discussions around the risks of providing numbers for things that are innately priceless, and the need for businesses to fundamentally change their models of working.

It became obvious as we talked through practical examples, that both those applying natural capital approaches, and those challenging them, share, for the most part, largely identical concerns. Although there are challenges, there are also many great opportunities to finally work together across the system, with the goal of conserving and enhancing our natural world.

I came away contemplating an article which argues that (somewhat paradoxically), in this dispute at least, it’s possible to be on both sides of the debate.

The author caricatures the debate as it is often seen: as an argument between ‘Idealistic Dreamers’ & ‘Neoliberal Pragmatists’. As he then outlines, this depiction is a fiction.

Proponents from either side of the discussion rarely, if ever, magnetise to one or the other of these poles. Rather, our beliefs, ideals and concerns are often much closer than we think, and this leaves the door open for honest dialogue.

As with many situations in life, the answer to conflict is to sit down, look each other in the eye, and be honest about our fears and aspirations. Often our fears are unfounded, or we come away with different perspectives and understandings. Good communication is probably the best tool we have to address the challenges we face in the world.

Last weekend a motion was passed that requires the IUCN Director General to ‘establish with urgency an inter-disciplinary and multi-sectoral working group’ on natural capital, which will ‘explore the conceptual and ethical underpinnings of natural capital approaches and related policies’.

This is a significant step forward for us all, as it formalises the role that the conservation community can play in this work, and will allow them to bring their expertise and concerns into the fold, providing a space for challenges to be addressed, and new partnerships to be formed.

The most astounding thing for me though, was how much support this motion gained. 98% of member governments and 96% of the Non-Governmental Organizations voted in favour.

Quoting a poster I saw in a café in Hawaii, ‘The wave is coming. Either drown, or pick up your surf board’. 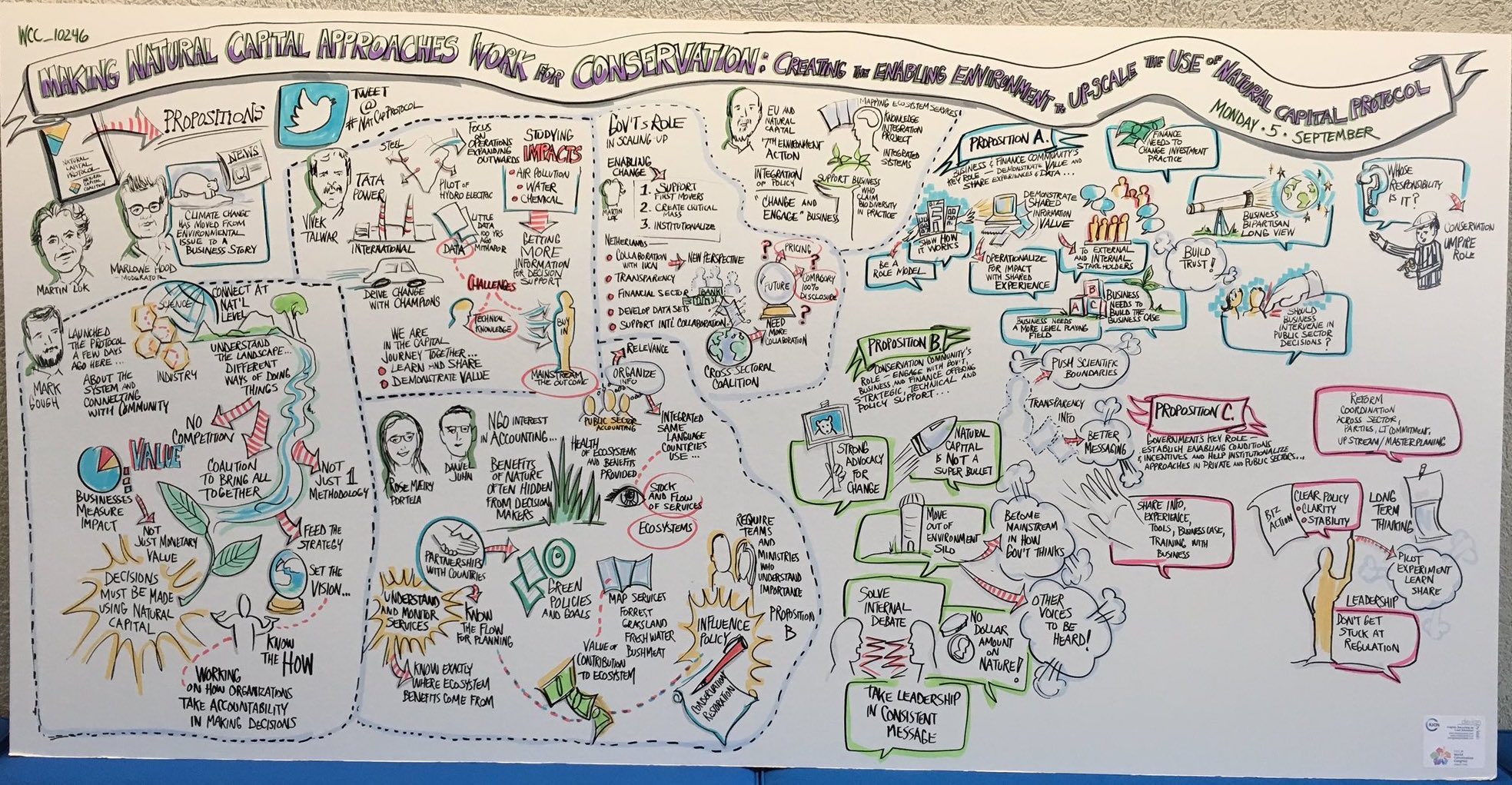 Mark Gough is the Executive Director of the Natural Capital Coalition.

‹ Can We Bring Back the Wilderness?

Natural Capital, the Coalition and the Protocol at IUCN World Conservation Congress ›