Without These Bats, We’d Have No Tequila 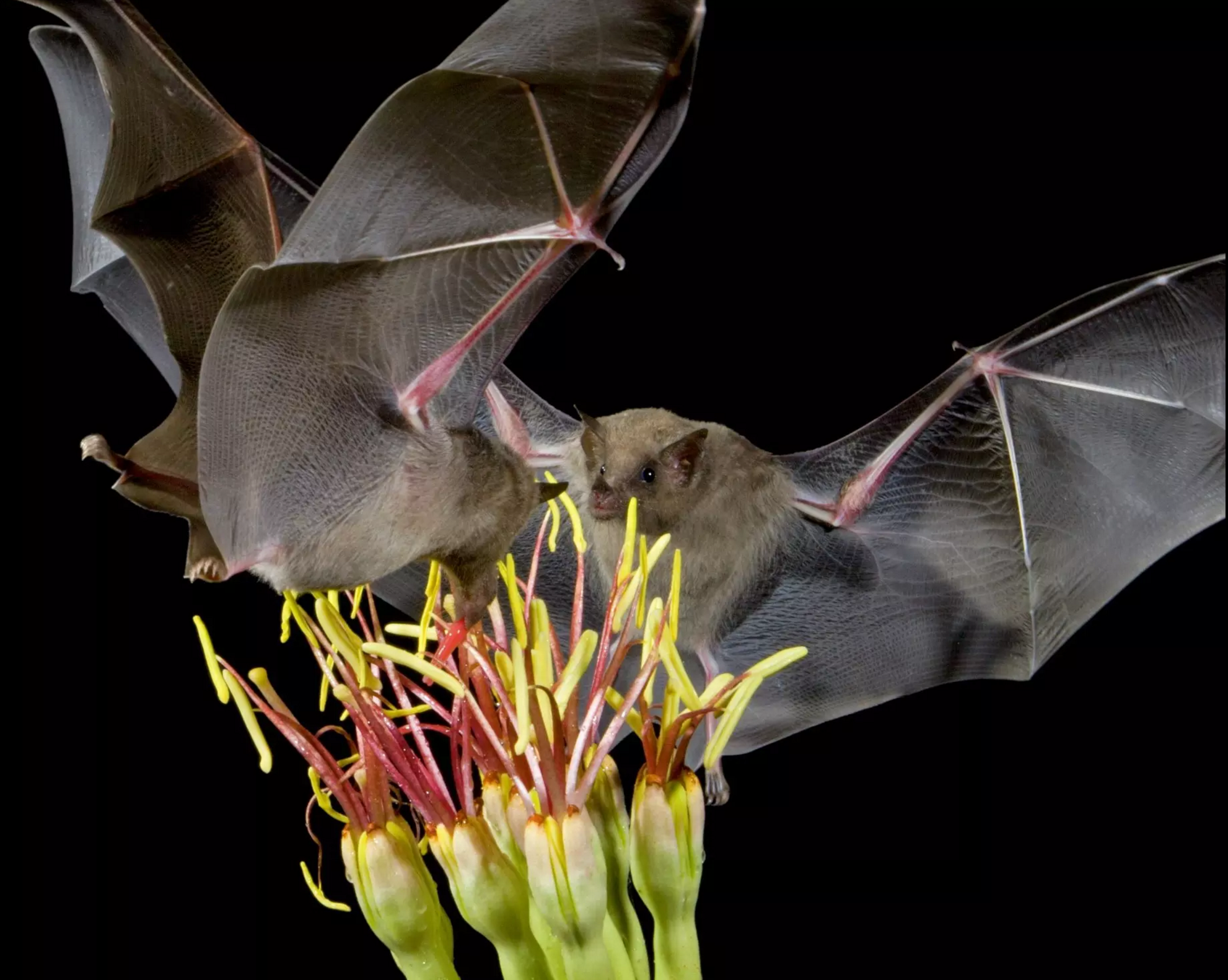 As they follow—and mentally map—flowering agaves from Arizona to Mexico, lesser long-nosed bats pollinate the plants that bring the world tequila.

“Every autumn, hundreds of thousands of lesser long-nosed bats (Leptonycteris yerbabuenae) embark on a 2,000-mile migration between southern Arizona and Mexico. Their migration schedule and route— known as the “nectar corridor”—are dictated by the flowering season and distribution of agave plants (Agave angustifolia), which depend on the nectar-feeding bats for pollination. Because flowering agaves (also known as century plants due to their notoriously infrequent blooming) are a patchy food source, the bats typically spend several hours each evening flying high over hundreds of kilometers of Sonoran desert, mentally “mapping” the distribution and status of emerging flower stalks. Once their reconnaissance work is done, the bats dedicate the rest of the night to feeding—with each bat making as many as a hundred descents to the blooming agaves over the course of the night. Often they hover over the flowers in pairs, as seen here, as they quickly lap nectar and pollen from this rich but fleeting food source. About half of the calories consumed during these feeding visits are required simply to replenish energy burned during high-altitude mapping flights.

While they were once widely feared (and often mistaken for vampire bats in the rural communities where they roost), lesser long-nosed bats are gradually attaining something of a hero-like status, thanks to their critical role in pollinating—and maintaining genetic diversity among—the agave plants used to make tequila and mezcal. Even so, according to The International Union for Conservation of Nature (IUCN), the species still faces numerous threats, including the disturbance of roosts, hunting, and especially “loss of food sources through land clearing and human exploitation.” Despite its wide distribution throughout much of Mexico, the U.S. Fish and Wildlife Service has listed the lesser long-nosed bat as endangered…”

Read on at: bioGraphic

‹ The Importance of Urban Forests: Why Money Really Does Grow on Trees