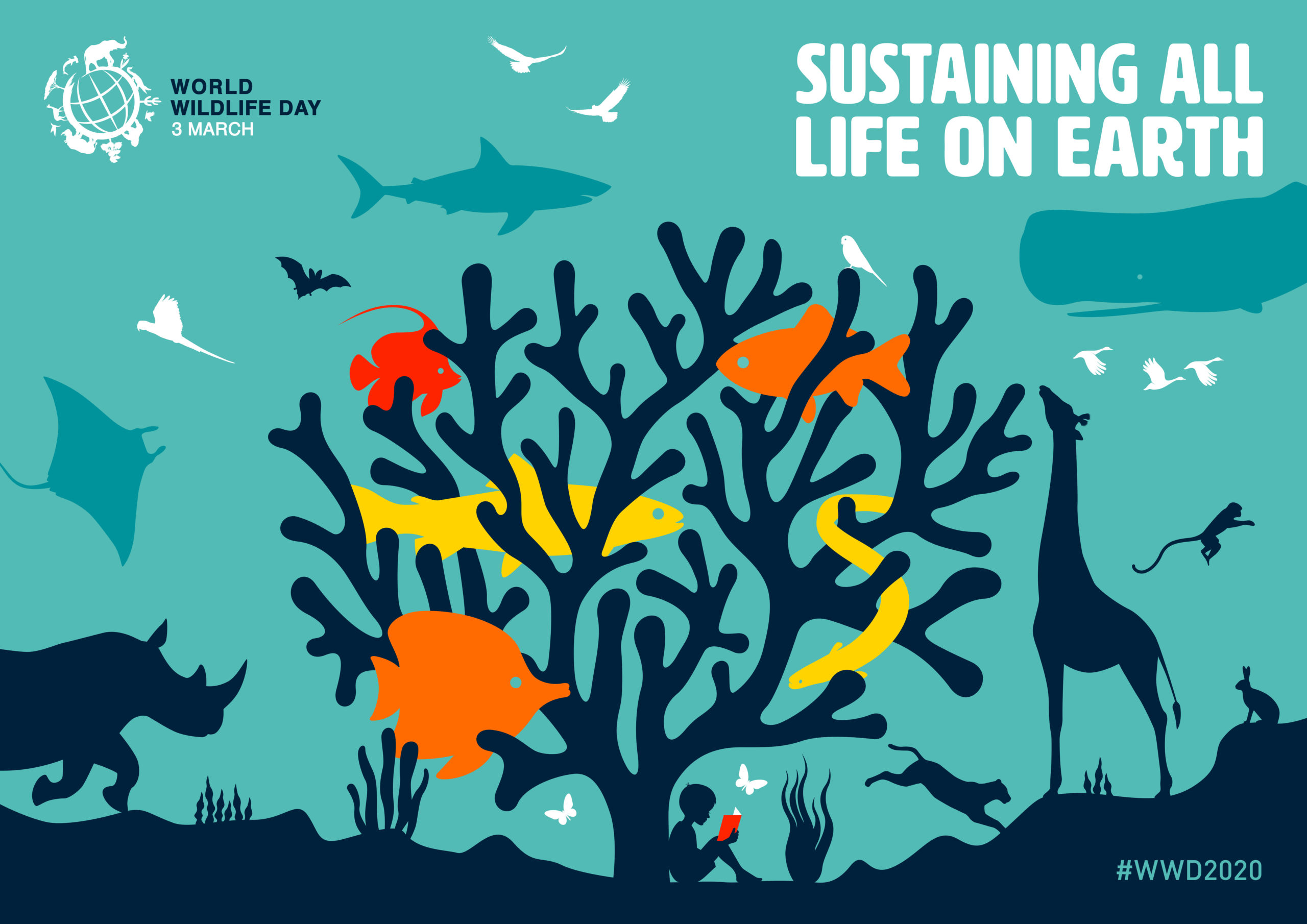 World Wildlife Day takes place each year on March 3rd. The day commemorates the signature of the Convention on International Trade in Endangered Species of Wild Fauna and Flora (CITES) in 1973, and has since grown into an international movement to celebrate and raise awareness of the world’s wild animals and plants.

This year, the day is celebrated under the theme “Sustaining all life on Earth”. We all know that its critically important to conserve & enhance wildlife. One way to effectively drive this agenda is to highlight the many ways in which the natural world underpins human health, wealth, happiness and identity.

The success of the 2020 “Super Year” will depend on communicating this message across all parts of society.

While World Wildlife Day is celebrated every year, it’s clear that in 2020, something is different. As Grethel Aguilar, Acting Director General of the IUCN, points out: “Word Wildlife Day happens every year, but 2020 provides a unique opportunity.”

2020 will play host to the IUCN World Conservation Congress, the Convention on Biological Diversity COP15, the 75th anniversary of the United Nations General Assembly and the Framework Convention on Climate Change COP26, to name just a few. At each event, key decisions on halting nature loss and climate change will be made.

On this World Wildlife Day, we’re reflecting on news that suggests 2020 could deliver a watershed moment for the health of the natural world.

The Global Assessment Report from the Intergovernmental Panel on Biodiversity and Ecosystem Services (IPBES), published in May 2019, sounded the alarm on the loss of nature. Human activity is degrading the natural world at a rate unprecedented in human history and the effects on society and the economy under a business as usual scenario will be globally destabilising. But, the report also presents a strong case for conserving nature through a concerted global effort, particularly where efforts are directed at enhancing social, human and natural capital simultaneously (such as justice and inclusion in conservation, affording rights to indigenous peoples, and promoting education and knowledge generation and sharing between disparate stakeholders). The messages from this report continue to echo and resonate, perhaps even louder in 2020, and provide a strong evidence base for the need to act, and fast.

We have seen accountants, economists and finance ministers urging banks and businesses to make climate change and decarbonisation central to their strategies ahead of the UNFCCC COP26. These statements chime with those from Bank of England Governor, Mark Carney, and BlackRock CEO, Larry Fink, both of whom are encouraging businesses to respond to and mitigate the risks that climate change and nature loss could bring. The power of a single and clear message coming from central bankers and the world’s largest asset manager – aligned with that of youth activists – cannot be overstated.

In January, the World Economic Forum Global Risks Report listed environmental risks as the top 5 in terms of their likelihood for the first time in its history, and WEF’s new flagship Nature Action Agenda aims to galvanise action across the issues of climate, biodiversity, forests, oceans and sustainable development.

In another world first, the expansion of Heathrow airport in London was ruled illegal by the court of appeal as the plans for a third runway were inconsistent with commitments under the Paris Agreement. With a Paris-style UN agreement on nature anticipated for the CBD COP15, calling for at least 30% of the planet to be protected by 2030, the Heathrow ruling could set a precedent for future developments that pose a significant threat to climate and nature.

These are signals of major shifts within the finance, business and policy communities, which are beginning to recognise the economic risk that climate change and the loss of biodiversity present to the stability of the global economy, and to the heath & livelihoods of billions of people around the world.

If the ‘Super Year’ is to deliver transformative change, discussions of the importance of the health of the natural world cannot be confined to a single day, but must be at the centre of  the key decisions that will be made this year.

The Capitals Coalition is a global collaboration transforming the way decisions are made by illuminating the value of nature, society and people. We host an open, pre-competitive and collaborative space to bring people together to drive action. Join us.